Redeeming the Land: Preparing the Foundations of the Messiah 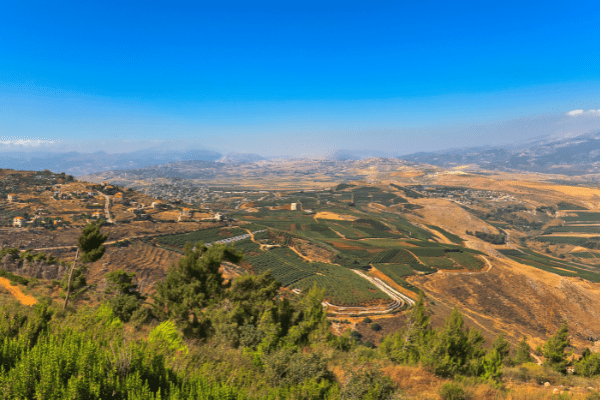 But the land must not be sold beyond reclaim, for the land is Mine; you are but strangers resident with Me.

When looking for clues regarding what will bring about the redemption, it becomes clear that the land of Israel is an essential element. But the key to redeeming the land is…a family matter.

Leviticus (chapter 25) describes the laws regarding real estate and selling land. Objects could be sold outright in perpetuity, but land in Israel was allotted to tribes and sub-divided by family. Inheritance was patrilineal, the land passing from father to son, and each piece of land was to remain within the family to whom it was given. Therefore, if a person was forced to sell his family’s land, the sale was, in reality, a lease that would end at the beginning of the next Jubilee year. The price of the sale would be determined by how many years remained in the 50-year Jubilee cycle. All calculations were to be exact and fair without commissions, fees, or interests on a land transaction.

Furthermore, at any time after two years from the time of the sale, the seller had the option of redeeming the field from the buyer by buying it back. Redeeming of the land could also be carried out by a close relative.

Redeeming family land plays an important role in the Book of Ruth (chapters 3-4). Ruth, the great grandmother of King David and the matriarch of the Davidic Dynasty, was originally married to Mahlon, son of Elimelech. After her husband, father-in-law and brother-in-law all passed away, she married Boaz, a close relative of Elimelech. He who not only redeemed Ruth through marriage but redeemed all of the property of Elimelech’s family as well. The Israel Bible offers insights into the idea of being a redeemer:

The concept of the “redeeming kinsman,” goel (גואל) in Hebrew, had great significance in biblical times. In Megillat Rut, the word goel is used to refer to a relative in the context of a levirate marriage, which occurs when a man dies without children. In such a case, his brother is supposed to marry his widow and perpetuate the name of the deceased. In the Tanakh, the term goel is also used in another context. Vayikra (25:25) says “his nearest redeemer shall come,” referring to someone so deeply in debt that he is forced to sell his property until his closest relative comes to bail him out. Once again, a person’s redeemer is his closest relative. Hashem has many names in the Bible, one of which is Redeemer, as in the “Redeemer of Yisrael” (Isaiah 49:7). By referring to God as our Redeemer, we are stating that He is even closer to us than any of our nearest relations.

The rules of redeeming property do not apply to the sale of a house within a walled city. If such a house is sold, it can be redeemed during the first year only. If neither the seller nor his relative exercises this right, it remains in the hand of the buyer. A house in a walled city does not revert to its original owner on the Jubilee year.

Essentially, the land of Israel can never be acquired by Man and is the sole property of God. But He grants the Children of Israel the occupation rights to the land. This is reflected in the words of the prophet Jeremiah (32), when he is commanded to redeem his relative’s land at a time when the land of Israel was on the brink of destruction and the people were about to exiled. The Israel Bible explains:

At a time of impending destruction, Yirmiyahu is told to redeem his family’s property. This symbolic purchase reflects not only the biblical law that land could be redeemed by relatives (see Leviticus 25, Ruth 4), but it also demonstrates Yirmiyahu’s total faith that even though the exile to Babylonia is quickly approaching, it will in fact be only temporary. The sale also demonstrates, with poetic words and symbolic action, the eternal connection between the Jewish people and the land. Though currently on the brink of exile, they remain attached to their land, with the deed preserved in an earthenware vessel.

It is clearly this deep connection between the land and the family that makes King Ahab’s theft of Navot’s vineyard such a grave sin (I Kings 21).

Selling ancestral land is considered inappropriate in all but the most extreme circumstances. Thus, it is not surprising that Navot does not want to sell his portion. When he is cruelly murdered and his land seized, Eliyahu confronts Achav with harsh criticism. The phenomenon of land being wrongfully seized from its rightful owners is a theme that has repeated itself many times in Eretz Yisrael. Today, despite centuries of persecution and forcible exile from the land, the Children of Israel have returned home. Israel wants to live in peace with its neighbors and to preserve the rights of minorities within its borders. But it also wants to make sure that the Children of Israel are in possession of their rightful homeland. Now that the State of Israel is in possession of much of the biblical Land of Israel, the Jewish people have begun to return to the land that is rightfully theirs.