Jubilee: Free to Celebrate the Glory of God 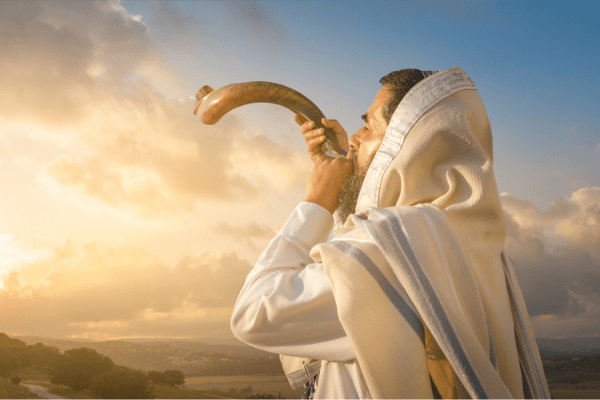 If all debts were wiped out and all work was forbidden, the world would be a paradise with everyone free to focus on serving God. In fact, the Bible mandates that this becomes the reality once every fifty years. And after a lapse of 2,000 years, the Jubilee is making a comeback.

Leviticus (chapter 25) mandates the seven-year cycle of the Shemitta (sabbatical year). In addition, the Torah describes a seven-Shemitta cycle culminating in the Jubilee in the fiftieth year:

You shall count off seven weeks of years—seven times seven years—so that the period of seven weeks of years gives you a total of forty-nine years. Then you shall sound the shofar loud; in the seventh month, on the tenth day of the month—the Day of Atonement—you shall have the shofar sounded throughout your land and you shall hallow the fiftieth year. You shall proclaim release throughout the land for all its inhabitants. It shall be a jubilee for you: each of you shall return to his holding and each of you shall return to his family. Leviticus 25:8-10

The Shemitta is agricultural, requiring the farmers to leave their fields fallow one year out of seven. The Jubilee was a monetary sabbatical in which Hebrew slaves and prisoners would be freed, debts would be forgiven, and all property was returned to its original owners.

Unlike most Torah commandments being observed today which are incumbent on an individual, the Jubilee is a national mitzvah (commandment). Its observance is dependent upon most of Israel being in the Land of Israel.

There are 5 mitzvot connected to the Jubilee: counting the Jubilee, letting free slaves, returning land, blowing the shofar, and forgiving debts.

This command ensured that land could not be sold in perpetuity. The land remained in the family, ensuring the tribal geographic identity. It was also a reflection of the idea expressed in the command to keep the Shemitta that the land belongs to God and not to the individual.

It should be noted that based on Deuteronomy 15:12, Hebrew slaves were always released from servitude after seven years. However, those who chose to stay with their owners would then be released in the Jubilee year. To be precise, the Talmud in Rosh Hashanah explains that slaves technically were free from the first day of the Jubilee year, but did not return to their homes until ten days later when the shofar was sounded (Rosh Hashanah 8a). For ten days, before returning home, the slaves would celebrate their freedom.

The words which the Torah uses to command slave owners to free their slaves in the fiftieth year are “You shall proclaim release throughout the land for all its inhabitants.” This words were used for the as the inscription on the Liberty Bell. The Israel Bible explains:

The Liberty Bell is an icon of American independence. Commissioned in 1751 for the Pennsylvania State House, the bell was cast with the words “proclaim liberty throughout all the land unto all the inhabitants thereof,” taken from this verse (Leviticus 25:10). Because of this inscription, it was made a symbol of freedom by the abolitionists in the 1830’s, when it was also given the name ‘Liberty Bell.’ It has remained a symbol of freedom and liberty ever since. In recognition of their shared Judeo-Christian values, the State of Israel built a replica of the Liberty Bell and placed it in the center of Jerusalem as a symbol the special bond between the two countries.

The Hebrew word for Jubilee is Yovel. The term Yovel relates to a ram, more specifically, a ram’s horn used to sound blasts. This is seen in the Book of Joshua:

With seven Kohanim carrying seven shofarot yovalim preceding the Aron. On the seventh day, march around the city seven times, with the Kohanim blowing the shofarot. And when a long blast is sounded on the horn of the yovel—as soon as you hear that sound of the shofar—all the people shall give a mighty shout. Thereupon the city wall will collapse, and the people shall advance, every man straight ahead.” Joshua 6:4-5

The ram’s horn was blown on the tenth day of the seventh month to start the Jubilee, the fiftieth year of universal redemption.

The Torah also instructs the Children of Israel to desist from work during the Jubilee year. The fiftieth year was to be a time of celebration and rejoicing for the Israelites. Yovel has also come to mean freedom in which the Jews were freed from debt in order to be free to serve God.

In Judaism, it is a positive religious commandment “to sanctify the fiftieth year” (Leviticus 25:8). In actual practice, the Biblically-mandated requirement to observe the Jubilee year was disrupted when the 10 Tribes were exiled approximately 2,700 years ago, since the Jubilee year is observed only when all of the Nation of Israel is in the Land of Israel. Since many Jews chose to stay in the Diaspora following the Babylonian Exile, the Jubilee was not observed even after some Jews returned and rebuilt the Temple. For the same reason, the Jubilee has not observed in modern Israel.