Kil’ayim: Why Does the Torah Forbid Mixtures of Animal Breeds, Plants and Cloth? 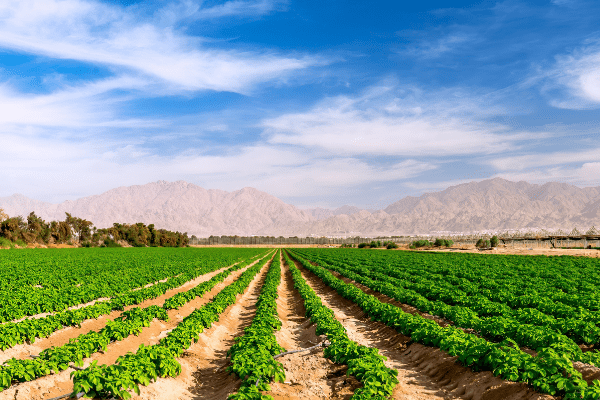 The term used in this verse for the prohibited mixture is kil’ayim (כִּלְאָיִם). A similar word is used in Genesis to mean “stopped up”:

The fountains of the deep and the floodgates of the sky were stopped up (vayikalei, וַיִּכָּלֵא) and the rain from the sky was held back; Genesis 8:2

The root כ,ל,א was used by Jeremiah to refer to a prison:

And Yirmiyahu said to King Tzidkiyahu, “What wrong have I done to you, to your courtiers, and to this people, that you have put me in jail (keleh כֶּלֶא)? Jeremiah 37:18

The Zohar explains kil’ayim to mean “entrapments,” since two species are being forced to be together.

This prohibition is reiterated in Deuteronomy with slightly different details:

You shall not sow your vineyard with a second kind of seed, else the crop—from the seed you have sown—and the yield of the vineyard may not be used. You shall not plow with an ox and an ass together. You shall not wear cloth combining wool and linen. Deuteronomy 22:9-11

Jewish law classifies the prohibitions under the following categories:

Torah law forbids the wearing of shatnez – sheep wool and linen fabrics that have been spun and woven together, or in any way intermingled. But wearing two different garments, one of wool and the other of linen, is permitted. The Torah only forbids a mixture of sheep’s wool and linen. Wool from other animals may be mixed with linen. Even one thread of linen in a garment of wool is prohibited. If one realizes that one is wearing shatnez, the garment must be removed immediately.

The two notable exceptions to the prohibition of shatnez are the garments of kohanim (priests) worn in the Temple and tzitzit (fringes on a four-cornered garment). Shatnez is permitted in tzitzit only when genuine blue dye (techelet) is used. One commentary suggests that mixtures are forbidden because the divergent species are in conflict with each other, but in the Temple, where opposites were peaceably and constructively resolved, kilayim in the form of shatnez was not only permitted but formed the foundation of all main tapestries and two of the High Priest’s garments.

The Talmud (Yoma 67b) presents a list of chukim (statutes) that cannot be understood but must nonetheless be observed. Shatnez is among them, and Rashi understands that this includes all kil’ayim.

Despite the Talmud’s statement, Nachmanides offers an explanation for the prohibition:

God instilled in the various species the ability to reproduce so that that species will continue to exist for as long as He wishes. When one crossbreeds (whether animals or plants), it is as if the person is indicating that God didn’t create all necessary beings, and this person wants to assist in the creation of the world.

Additionally, crossbreeding means that the species that was meant to be continued through the power of reproduction is now being (somewhat) discontinued, and is producing a different species.

The prohibition of mixing plants has been explained to mean planting or sowing two or more diverse vegetable crops within a radius of three handbreadths (approximately 11 inches) from one another, where they draw nutrients from each other. With the exception of grapes, this applies only to plants and vegetables planted in Israel. Diverse seed plantings or vegetables that grew together in violation of the biblical command are permitted to be eaten, although the crop itself must be uprooted. If two diverse grain seeds (e.g. wheat and barley) were inadvertently mixed together, they must be separated before they can be sown.

In addition to not being planted together, grape vines growing alongside other plants should have a divider between them, or should be grown at least a distance of four cubits apart so that they are considered not to have grown together. It is forbidden to derive benefit from grapes and other species that grew in proximity to each other without a divider or a distance of four cubits.

According to Nachmanides, the reason for this prohibition is that when seedlings draw nutrients from other seedlings, their properties and natural forms are changed. In that way, the sower cancels in some way the fixed design and purpose of the universe.

The prohibition of kil’ayim for trees is specifically about grafting different species together. In this case, too, it is permissible to eat and replant the produce of a grafted tree. This prohibition applies in all places, not only in the Land of Israel.

It is forbidden to interbreed different species of animals. A Jew is, however, permitted to purchase and benefit from a crossbred animal. It is also permitted to breed two crossbred animals, if both of their mothers were of the same species. This prohibition applies in all places.

It is forbidden to harness two different species together for “work”. The definition of “work” includes activities such as plowing, planting, pulling a wagon, etc. While the Torah prohibits this kind of work only when one of the animals is kosher and the other one is not, the sages have expanded the prohibition to include any two animals that are not of the same species.

Some commentators explain that the purpose of the prohibition against harnessing different species of animals is to prevent pain or discomfort to the animals. It would be uncomfortable for a donkey to constantly hear the ox chew its cud. Alternatively, the ox will plow quicker than the donkey, and their speed will not be coordinated. Nachmanides suggests that this prohibition serves as a safeguard so that the owner will not come to crossbreed the different species.