Joshua or Caleb: What Makes an Exceptional Leader? 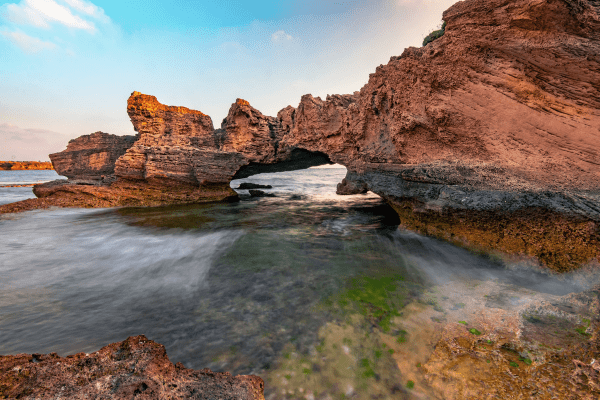 Cursed be he who misdirects a blind person on his way.—And all the people shall say, Amen.

Eeny, meeny, miny, mo… How do YOU choose when you have a decision to make? Do you flip a coin? Sometimes it is hard to make trivial decisions. What about really important ones, like who will lead the Jews into the Promised Land?

Twelve spies went into Israel, all of them princes and men of standing. Ten of them failed, speaking ill of the promised land. But two, Joshua and Caleb, remained faithful to the mission. They were the only two spies who stood up to the others and defended God and the Land of Israel. The other ten died in the desert without ever seeing the Holy Land again, and of the entire generation, only Caleb and Joshua remained. Even Moses and Aaron did not cross over the Jordan.

So when it came time to choose a leader to take the nation into the land, the question became who to choose? Both men were upstanding, and both stood up for God and the Land of Israel.

As we all know, God chose Joshua and not Caleb. But why? What was unique about Joshua that made him the fitting replacement?

Joshua and Caleb were different people with different styles and methods. Joshua was a known entity, Moses’ loyal servant who grew up in his tent. Moses blessed him before the mission of the spies, while Caleb remained unblessed. Caleb, on the other hand, was seemingly more reserved. According to the sages, during the spy mission he went by himself to the Cave of the Patriarchs to pray on his own behalf. But Caleb unhesitatingly spoke up against the others, using simple language and responding to the long-winded rationale of the evil elite by saying, “Let’s go up.” In this context, the Torah describes Caleb as having a “different spirit” (Numbers 14:24).

The term “spirit” is also used to describe Joshua. When it came time to chose a new leader, Moses turned to God for help:

“Let Hashem, Source of the breath of all flesh, appoint someone over the community who shall go out before them and come in before them, and who shall take them out and bring them in, so that Hashem‘s community may not be like sheep that have no shepherd.” Numbers 27:16-17

The biblical commentator Rashi explains the inner meaning of this request:

“Master of the universe,” Moses prayed. “The character of each person is revealed to you, and no two are alike. Appoint over them a leader who will tolerate each person according to his individual character.”

God answers him, telling him to appoint Joshua because he was “an inspired man” and a “man of spirit”, using the same terms Moses had used in his request.

Rashi explained that God was telling Moses that a true leader would need to deal with each person according to his individual character.

While both men clearly had “spirit”, only one type of spirit could lead the nation. The assertive approach of Caleb is useful in individual crusades, but it is not always effective in persuading others. As a loner, Caleb would have difficulty rallying the people around him. Caleb’s spirit enabled him to resist, to remain different, but it also left him too out of touch with others to be a leader. Joshua, on the other hand, understood the inner workings of each person and could relate every individual.

A leader cannot stand apart. He needs to be intrinsically connected to the nation. A leader must be someone who can relate to the people and someone that the people can relate to. He must be able to stand up to them and redirect them when necessary, but also understand them and all of their needs. For this reason, Joshua and not Caleb was chosen to be the leader of the nation of Israel following Moses’ death.