What is so bad about slandering a land? 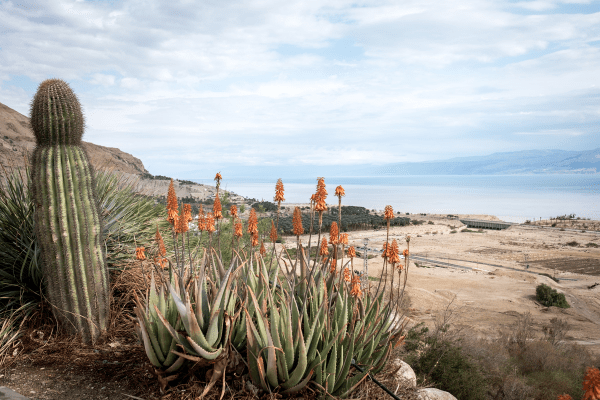 Thus they spread calumnies among the Israelites about the land they had scouted, saying, “The country that we traversed and scouted is one that devours its settlers. All the people that we saw in it are men of great size;

Imagine you walk into a room full of people and as soon as you step in, everybody stops talking and looks directly at you. How does that make you feel, knowing that they were obviously talking about you, saying things they knew you wouldn’t want to hear?

Sure, everybody knows the awful feeling of being the target of gossip and slander. It makes us feel bad, embarrassed, and angry. But what’s so bad about speaking about a land? It doesn’t have feelings. Is it really so bad to speak about inanimate objects or, in the case of the infamous ten spies, the land of Israel? And yet…when the spies returned from the mission, the entire nation (except for Caleb and Joshua) were judged guilty, deemed unworthy to enter the promised land and sentenced to wander in the wilderness until that generation died off. Even more perplexing is that the spies’ report was essentially true.

Why did God get so angry at the spies and why were they punished so harshly?

The story of the spies directly follows the episode in which Miriam was punished for slandering Moses. Similar to the spies, Miriam spoke the truth, albeit with ill intent. But unlike the spies, Miriam’s punishment allowed her to return to God’s good graces. This seems counterintuitive as Miriam slandered her brother whose feelings were surely hurt. It is difficult to imagine that the trees and rocks of the land of Israel were disturbed by the critical words of the spies!

It’s true that a physical land can’t be insulted, but the people who heard the slander about the land were affected  – with tragic results. The people of Israel turned their backs on the Promised Land!

A parable is often cited to describe the effects of slander. A man once slandered his rabbi. He approached his rabbi to ask for forgiveness. His rabbi instructed him to bring him a pillow from his house. The rabbi took him and his pillow to the edge of town, where he tore open the pillow, allowing the feathers to fly away in the wind. The rabbi then turned to the man and said: I will forgive you when you return all the feathers.”

“But I cannot,” the frustrated man said. “They are scattered all over!”

“Just as your words of slander about me are scattered all over,” the rabbi said. “Causing damage wherever they go.”

For this reason, it is not only forbidden to speak slander but it is also forbidden to listen to or, God forbid, to give credence to slander. Even if it is true. Slander harms three people; the target of the slander, the speaker, and the listener.

Even though the stones of Israel were unaffected by the slander of the spies, hearing negative things about the land affected the way the Children of Israel related to Israel. They could not get the negative perceptions out of their hearts and minds.

Embarrassing a person in public is compared to murder. Once this has happened, the person is ‘dead’. The person he used to be before the slander no longer exists. This is just as true for inanimate objects such as institutions, synagogues and churches, and even land.

After the report of the spies, all that Israel was meant to be for the Jews, was gone. The land was to be the place where they would become a nation and serve God in the best possible manner. Because of the spies’ slander, the people no longer believed in the possibilities implicit in the promise of the land.

Not being able to enter the land was not so much a punishment but a consequence – the generation that cried all night about how bad the land is would never be able to relate to it as the land of opportunity and promise. They could not get the negative perception out of their heads, and therefore could not be the generation that would inherit and settle the land.

The only exceptions were Caleb and Joshua whose perception of the land was unchanged. While the other Jews would see the Anakim (the giants in the land) as unconquerable enemies, Caleb and Joshua never heeded the slander and when confronted by the giants, they would be solely focused on God’s promise that the land would be theirs.

As the world stands poised on the brink of redemption, the challenge posed by the spies has returned. Evil slander about Israel is shared all over the media and the internet, damaging the world’s perception of the land and the people, casting a shadow on God’s word and his promise.

The way we portray the land affects how we and others see it and think about it. We must, therefore, be very careful how we speak about Israel, reject the slander and remain focused on the promise and all it implies.