Can We Bring Sacrifices Without a Temple? 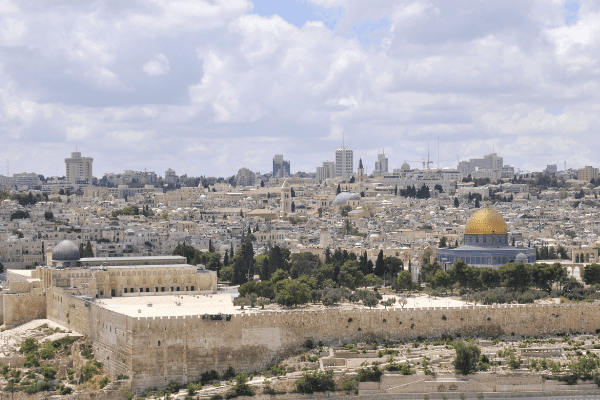 This is in order that the Israelites may bring the sacrifices which they have been making in the open—that they may bring them before Hashem, to the Kohen, at the entrance of the Tent of Meeting, and offer them as sacrifices of well-being to Hashem;

The Torah goes to great lengths to mandate that all Jews must only bring sacrifices to the same place; the Tabernacle (wherever it stands), and, later, the Temple in Jerusalem.

Speak to Aharon and his sons and to all B’nei Yisrael and say to them: This is what Hashem has commanded: if anyone of the house of Yisrael slaughters an ox or sheep or goat in the camp, or does so outside the camp, and does not bring it to the entrance of the Tent of Meeting to present it as an offering to Hashem, before Hashem‘s Mishkan, bloodguilt shall be imputed to that man: he has shed blood; that man shall be cut off from among his people. This is in order that the Israelites may bring the sacrifices which they have been making in the open—that they may bring them before Hashem, to the Kohen, at the entrance of the Tent of Meeting, and offer them as sacrifices of well-being to Hashem; Leviticus 17:2-5

As the verse states, until this commandment the Jews had been bringing sacrifices to God in any place. This practice began with Cain and Abel (Genesis 4), continued with Noah (Genesis 8), and was carried on by all of the patriarchs.

Once the Mishkan (Tabernacle) is constructed, and again after the Beit Hamikdash (Temple) is built in Yerushalayim (Jerusalem), it becomes forbidden to offer sacrifices anywhere else. This is because Hashem wants the acts of worshiping Him to bring unity among the people, and is also designed to minimize the danger of changes being introduced to the manner of worship. In addition, the mandate that sacrifices be brought only in the Beit Hamikdash requires everyone to travel to Yerushalayim at least three times a year. God’s system ensures that everyone will have the triannual opportunity to be uplifted by the holiness of the Beit Hamikdash and the holy city of Yerushalayim.

For the most part, the practice of sacrifice stopped in the year 70 C.E., when the Roman army destroyed the Temple in Jerusalem, the place where sacrifices were offered.  The practice was briefly resumed during the Jewish War of 132-135 C.E., but was ended permanently after that war was lost.  There were also a few communities that continued sacrifices for a while after that time.

Though there is a debate among rabbinic authorities concerning whether animal sacrifices will be part of the service in the Third Temple, all agree that the commandments pertaining to the sacrifices are still extant today, as are all the Torah commandments. As Jews are forbidden from bringing these sacrifices anywhere but where the Temple stood, any sacrifices would have to be offered on the Temple Mount.

Lacking the Red Heifer, all Jews today are classified as tamei met (impure from proximity to a dead body). This precludes bringing sacrifices, the notable exceptions being time-bound public sacrifices which are not deferred if most of the nation is in a state of impurity. Examples of these are the Korban Pesach (Paschal lamb) and the twice-daily perpetual sacrifices.

Reinstituting the Temple service does not require a Tempe Structure. The Rambam (Hilchot Beit Habechira 6:15) wrote:

As the nations are not obligated by the commandments given at Sinai, they may still bring optional sacrifices to God in any place. Since non-Israelites are not permitted to enter the Temple, non-Jews may not sacrifice on the Temple Mount. They may, however, give a sacrifice to a Jew who will act as their emissary in bringing the sacrifice.