Are Children Worth the Bother? 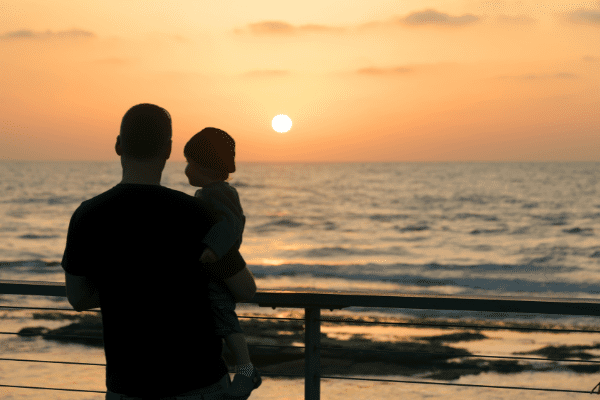 Miriam and Aharon spoke against Moshe because of the Cushite woman he had married: “He married a Cushite woman!”

Whenever I get into theological discussions with clergy of any faith, I always make the claim that God created man, and remains involved in our lives, because of our children. Though it may not be the final word in any religious debate, it always draws a few moments of silence as everyone acknowledges that essential truth.

This insight may hold the clue to understanding a very perplexing story in the Bible. The Bible related that Miriam and Aaron spoke against Moses because of his “Cushite” wife, Zipporah (Numbers 12:1). Miriam was subsequently punished with tzara’at (usually translated as leprosy), the punishment for slander.

But what, exactly, did Miriam say about Moses about his wife? What brought her to slander the people of Israel’s greatest leader and prophet? And why does God enjoin us “remember what Hashem your God did to Miriam on the journey after you left Egypt” (Deuteronomy 24:9)? Something far more significant than a family squabble must have happened here!

The modern Hassidic Poet, Yehoshua November, writes in The Possibilities of Language:

She was a great writer until she had children

Sitting at a gleaming table in the hotel lobby

A glass of fresh-squeezed orange juice in his hand

Bringing children into this world

Is the wrong thing to do, another professor

Who’d climbed to the top of the mountain, advised

In the middle of a class

On the Concerns of Craft

A child is infinity

My rabbi said when we met

In the worn-down yeshiva coat room

After my wife had given birth

A child is infinity, he repeated

In his thought-provoking poem, November presents two perspectives on having children. He contrasts the approach of modern intellectuals who see children as getting in the way of their advancement, and the Jewish rabbis who see children as infinity. Unfortunately, the position to stop having children has been gaining traction in recent times. Members of the modern BirthStrike movement, for example, refuse to have children in order to protest climate change.

But this is not the approach of the Torah!

The first commandment in the Garden of Eden was to be fruitful and multiply. Marriage and children are essential to serving God. Before Yom Kippur, the Day of Atonement, a suitable stand-by wife was set aside for the High Priest lest his current wife die and render him unable to perform the High Holiday service. Fatherhood is so important to our understanding of God that having children is a prerequisite for being a member of the High Court (Talmud Sanhedrin 36a). The patriarchs and matriarchs all prayed for children in response to being barren, as did many other significant Biblical characters. In fact, the Midrash (Bereishit Rabba 45:4) teaches us that the matriarchs were barren because “God desired their prayers”.

Despite the daily struggle of caring for children, nothing will bring someone closer to God. Our most intense prayers are for our children. One day last week, as I hugged my teenage son, I realized that I had learned more about God from being his father than I had ever learned in any Bible lesson. I could totally understand God’s undying and unwavering love for Israel.

But what does all this have to do with Miriam and Aaron speaking against Moses because of his “Cushite” wife, Zipporah (Numbers 12:1)?

The Midrash teaches us that Moses was separated from Zipporah. Before giving the Torah, God ordered Moses to sanctify the people, and he said to them (Exodus. 19:15): “Be ready for the third day: do not go near a woman.” All Israel withdrew from their wives, and Moses withdrew from his as well. After the Giving of the Torah, God instructed Moses (Deuteronomy. 5:26–27): “Go, say to them, ‘Return to your tents.’ But you remain here with Me”. The Midrash (Tanhuma, Zav 13) teaches that all the men of Israel returned to their wives except for Moses who remained separated from his wife, partly because he was so busy with the important task of leading the nation. Being in constant dialogue with God required remaining in a perpetual state of ritual purity.

Miriam was a holy woman who had a deep understanding of how to serve God in this world. Her rebuke of Moses was that his spiritual level and his role as the head of the nation were not adequate reasons for him to separate from his wife. Even Aaron, who was charged with serving as the intermediary between God and the nation in the Tabernacle, was married.

Miriam meant well. Children were Miriam’s love and passion. In Egypt, it was Miriam and her mother Jochebed, otherwise known as Shiphrah and Puah, who served as the Jewish midwives and defied Pharaoh’s orders to kill the newborn babies. She believed with all her being in the importance of the continuity of the Jewish people. She understood that each child born is another soul that illuminates the world.  Simply put, she wanted Moses and Zipporah to have more children.

Miriam felt so strongly about the importance of having children that she couldn’t see a justification for Moses separating from his wife. It blinded her to the fact that Moses was, indeed, different, and that in this particular case he had made the appropriate decision. She decided that she must say something in the hopes that it would change Moses’ mind. But despite this altruistic motive, the way in which Miriam conveyed this message was tinged with slander and required an appropriate punishment.

As every parent knows, children require time and attention. It is very easy to see family as a distraction from higher pursuits. But the Torah teaches us that having children is exceedingly important and must remain a top priority.

Miriam disagreed with Moses prioritizing leading the nation over his domestic life. She may have been wrong to question Moses’ in this particular instance, but she taught us something very powerful for all generations – the absolute preciousness of every child. And it is for this reason that the Torah charges us to remember the incident that occurred with Miriam “on the journey after you left Egypt”.