Why Were the Jewish People Given the Land of Israel? 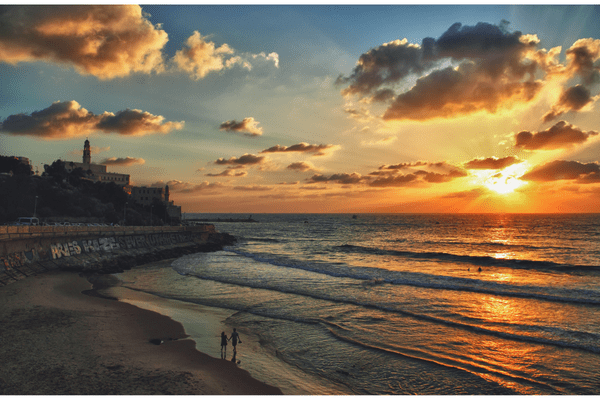 It is not because of your virtues and your rectitude that you will be able to possess their country; but it is because of their wickedness that Hashem your God is dispossessing those nations before you, and in order to fulfill the oath that Hashem made to your fathers, Avraham, Yitzchak, and Yaakov.

Who wouldn’t want free real estate? So when God first approached Abraham and said he was giving his descendants the land of Israel, of course, he said ‘yes!’

But why did God make the offer? Was it because the Jewish people were so amazing? Even with forefathers like Abraham, Isaac and Jacob, their descendants certainly had a few bad apples. In fact, the Torah comes right out and says that the land of Israel was not given to the Jews because they were righteous. Instead, it emphasizes that as bad as they were, the other nations that were in the land were even worse. This is not the form of praise that makes you feel good:

And when Hashem your God has thrust them from your path, say not to yourselves, “Hashem has enabled us to possess this land because of our virtues”; it is rather because of the wickedness of those nations that Hashem is dispossessing them before you. It is not because of your virtues and your rectitude that you will be able to possess their country; but it is because of their wickedness that Hashem your God is dispossessing those nations before you, and in order to fulfill the oath that Hashem made to your fathers, Avraham, Yitzchak, and Yaakov. Deuteronomy 9:4-5

Earlier in the Torah portion of Eikev, however, God seems to say that the Jews deserve to inherit the land when they follow Him and keep His commandments (Deuteronomy 7:12-13, 8:1).

When God made a covenant with Abraham, an essential aspect of this covenant was that his descendants would inherit the land as an “everlasting holding” (Gen.17:8). This was also true of Isaac (Gen. 26:3) and Jacob (Gen. 28:13). Why was the land of Israel such an integral part of the covenant?

The Torah begins with the creation of the world. After creation, God begins a process of fine-tuning, wiping out the evil generation of Noah and choosing to focus his attention on Abraham. But the choosing of Abraham and his descendents did not exclude the rest of the world. Instead, it was meant to impact the rest of the world. The covenant with Abraham was the way to bring God’s blessing into the world, as God described when He first contacted Abraham and commanded him to go to Israel:

Hashem said to Avram, “Go forth from your native land and from your father’s house to the land that I will show you. I will make of you a great nation, And I will bless you; I will make your name great, And you shall be a blessing. I will bless those who bless you And curse him that curses you; And all the families of the earth Shall bless themselves by you.” Genesis 12:1-3

In order for the world to deserve blessing, God chooses Abraham and his descendents to become a great nation that will impact and change the world by modeling righteousness and justice (Genesis 18:19). But in order to become a model nation, Abraham first has to become a nation. Therefore he needed what all nations need: descendents and a land.

The land, therefore, is not a reward for good behavior or belief in God. Rather, it is a tool to help the Jewish people carry out their godly mission. This is why Moses emphasized that they were not getting it because of their righteousness. However, in order to hold onto and flourish in the land, the Jews must maintain their side of the contract by keeping the Torah and its commandments and remaining faithful to the God of Israel. Moses emphasized this point as well. He wanted the Jews to understand that getting the land was not an end but rather a beginning.