Why is Today the Happiest Day of the Year? 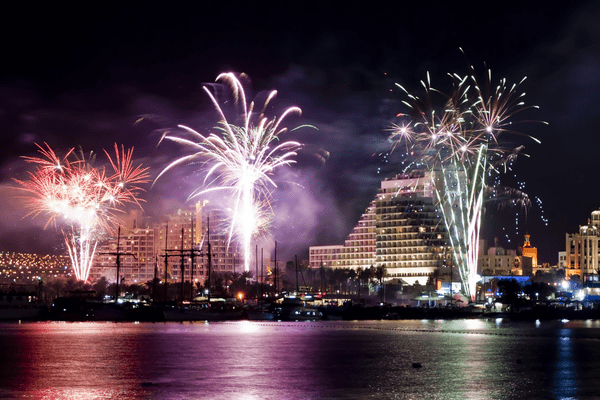 This is the day that Hashem has made— let us exult and rejoice on it.

What are the happiest days of the Jewish year?

It seems like a simple question. Most people would guess – for good reason! – one or a combination of the following holidays: Passover (who doesn’t love Matzah and late night parties that celebrate redemption?), Hanukkah (lighting candles and eating fried food is always a win!), or Purim (dressing up in costumes as we celebrate the downfall of those who tried to kill us!). Surprisingly, however, the Rabbis disagree.

Rabbi Shimon ben Gamliel says, “There were never happier days for the Jews like the fifteenth of Av and Yom Kippur…” (Mishnah Ta’anit)

Two unexpected answers, to say the least! What is so joyous about these days? Yom Kippur (the Day of Atonement) is a fast day, and who ever heard of the 15th of Av? The Talmud explains that Yom Kippur is joyous because on this day, God forgives our sins – and nothing could be more joyous than that!

But what about the 15th day of the month of Av – which just so happens to be today? Why is today the happiest days of the year?

The Rabbis explain that several joyous events in Jewish history occurred on the 15th of Av. But one event, in particular, stands out.

When the great King Solomon, the son of David, passed away, he was replaced by his son, King Rehoboam. An unimpressive king who lacked the wisdom of his father, Rehoboam’s policies soon led the northern ten tribes of Israel, led by Jeroboam the son of Nebat, to secede from the kingdom. Thus began many centuries of division among the Jewish people, in which the kings of Judah ruled in Jerusalem, while the kings of Israel ruled the northern ten tribes.

After seceding from the kingdom of Judah, Jeroboam feared that if the people of the northern tribes would continue to make pilgrimages to the Holy Temple in Jerusalem, it would weaken the legitimacy of his rule. And so Jeroboam decreed that the people of Israel would no longer be permitted to make pilgrimages to Jerusalem, but should instead serve “alternative” golden calves in their own lands:

“So the king took counsel and made two golden calves. He said to the people, ‘You have been going up to Jerusalem long enough. This is your god, O Israel, who brought you up from the land of Egypt!’” (Kings I, 12:28)

This was a terrible tragedy. By barring the people of Israel from Jerusalem, Jeroboam drove a wedge between his people and God, a separation that could only end, ultimately, in suffering, brokenness and exile.

However, many generations later, during the last years of the northern Israelite kingdom, a ray of light shone through the darkness. Hoshea son of Elah, the last king of Israel  who reigned just before the ten northern tribes were exiled, removed all the guards from the roads leading to Jerusalem, thus allowing his people to make the pilgrimage again. Once again, all the tribes of Israel could gather together in God’s Holy City. According to Jewish tradition, this joyous act of unity took place on the 15th of Av!

Only a few days ago, Jews observed the fast of the 9th of Av, the saddest day of the year, commemorating the destruction of the Holy Temple in Jerusalem and Jewish suffering throughout the generations. But today – less than one week later! – we remember that the hope of the people of Israel is never lost. The 15th of Av reminds us that the darkness of night will soon end; that the light of day is coming!

The holiday of the 15th of Av is particularly poignant for our generation. After thousands of years of exile and suffering, culminating in the Holocaust, the dawn of a new and happier day has begun. The people of Israel have returned to the Land of Israel – and thousands more are returning home each year! The roadblocks that prevented the Jewish people from returning to Jerusalem for thousands of years have been removed!

There is still more to be accomplished, and the Temple in Jerusalem is yet to be rebuilt. But on the 15th of Av, we must pause to reflect in wonder about the greatness of God’s ways. After thousands of years, He is fulfilling his promises to the children of Israel. For that we celebrate!