Did God Abandon His People When He Destroyed the Temple? 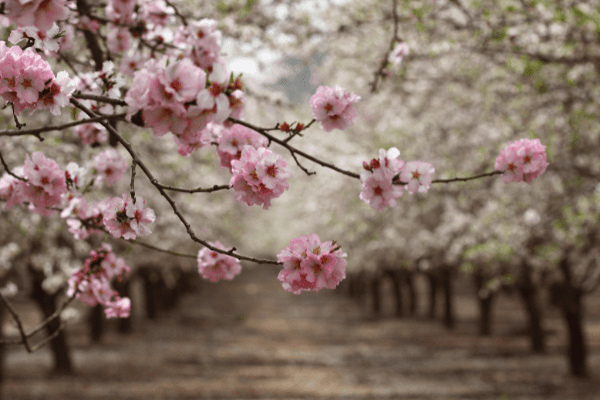 See, I appoint you this day Over nations and kingdoms: To uproot and to pull down, To destroy and to overthrow, To build and to plant.

What do you like to hear first, the good news or the bad news?

Jeremiah is known as the prophet of destruction and rebuke. Indeed, he was given the unenviable task of warning the Jews of the impending destruction of the Temple and Jerusalem. But were all of his messages prophecies of doom and gloom?

Being a prophet was a demanding job, which is why so many prophets went to great lengths to avoid it. This was especially true of Jeremiah, who delivered an unpopular message and was arguably the most disliked prophet of all time. When he tries to graciously decline the job offer, God encourages him, telling him “Have no fear of them, for I am with you to deliver you —declares the LORD” (Jeremiah 1:8). Meaning, even though the people will try to harm and even kill him, there is no need for him to worry since He will save Jeremiah from them. No wonder Jeremiah tries to get out of the job!

But does Jeremiah deserve to be known as the prophet of doom? Did the fulfillment of his prophecies of destruction mean the end of the relationship between God and the Jewish people?

In the opening chapter of the book, read as the reading from the Prophets (haftarah) on the first Sabbath between the 17th of Tammuz and the Ninth of Av, (a three-week period of austerity commemorating the process that led up to the destruction of the Temple and the exile of the Jewish people), God tells Jeremiah that He has chosen him to prophesize to the people. In God’s words, Jeremiah’s mission is to “to uproot and to pull down, to destroy and to overthrow, to build and to plant (Jeremiah 1:10). As a prophet of the highest order, Jeremiah’s job was not to only focus on the negative. He was to uproot and pull down, destroy and overthrow, but also to build and plant.

Yes, Jeremiah was tasked with warning the people of the impending destruction. True, the nation was sinning and something had to be done about it. But Jeremiah also gave over messages of hope, speaking of the love of God for his people that transcended the upcoming disaster.

In other words, the purpose of the destruction was not just to uproot and destroy the nation. God had not given up on His people. Rather, the destruction and exile were a rehabilitation of sorts, intended to rid the people of the evil within them so that they could come back “to build and to plant”; to rebuild the land and the Temple and, most importantly, their relationship with God.

This idea is further expressed in the next part of chapter, Jeremiah’s first vision. Jeremiah has an enigmatic vision of an almond branch. God explains that the almond branch represents the fact that He is going to carry out His word to destroy the Temple quickly.

The biblical commentator known as Rashi notes that it actually takes three weeks from the time the almond tree buds until the almonds ripen. This is a hint to the three weeks that it would take from the time Jerusalem succumbed to the siege (on the 17th of Tammuz) to when the Temple would be set on fire (the 9th of Av).

But there is also a hidden hopeful message in this seemingly depressing vision. Commentators explain that God chose an almond tree to represent this message since the almond tree is the first to blossom in the Land of Israel. When all else is dead, the almond trees awaken the countryside from its winter slumber. So too, although the people are spiritually dead, God’s word, like the almond blossoms, will awaken the nation.

Jeremiah then has a vision of a boiling pot whose froth was mainly on its northern side. The message of this vision was that the evil about to befall the Jewish nation would come upon Israel from a country to its north—namely Babylon.

But again, all is not discouraging. The beginning of the next chapter begins with Jeremiah comparing the nation of Israel to a young bride for which God is willing to forgive any transgressions:

Go proclaim to Yerushalayim: Thus said Hashem: I accounted to your favor the devotion of your youth, your love as a bride— How you followed Me in the wilderness, in a land not sown. Yisrael was holy to Hashem, the first fruits of His harvest. All who ate of it were held guilty; disaster befell them —declares Hashem. Jeremiah 2:2-3

Though Jeremiah was tasked with the thankless job of informing the nation of their impending destruction, his messages were not all disheartening. Even the negative messages contain kernels of hope and encouragement. Jeremiah reminds us that God and His people are bound together in an eternal bond of commitment and love. Like a parent, He sometimes has to punish His children and shake them out of their wrongful habits, but God will never give up on or abandon His people, even in the darkest of times.