Why is the Nation of Israel So Small? 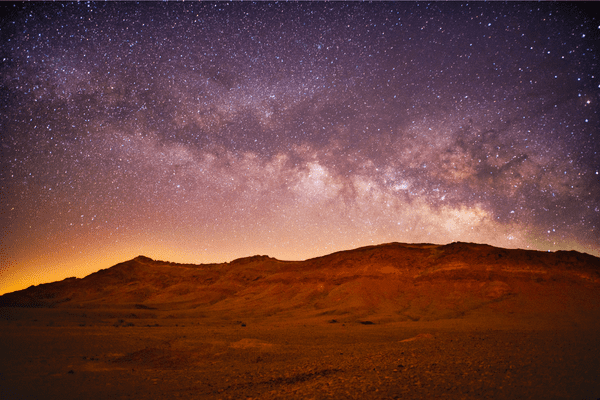 It is not because you are the most numerous of peoples that Hashem set His heart on you and chose you—indeed, you are the smallest of peoples;

In the words of Mark Twain:

If the statistics are right, the Jews constitute but one percent of the human race. It suggests a nebulous dim puff of stardust lost in the blaze of the Milky Way. Properly the Jew ought hardly to be heard of; but he is heard of, has always been heard of. He is as prominent on the planet as any other people, and his commercial importance is extravagantly out of proportion to the smallness of his bulk. His contributions to the world’s list of great names in literature, science, art, music, finance, medicine, and abstruse learning are also way out of proportion to the weakness of his numbers. He has made a marvelous fight in this world, in all the ages; and has done it with his hands tied behind him. He could be vain of himself, and be excused for it.”

Despite God’s promise that Abraham’s descendants would be too numerous to count, that would not be their greatness in God’s eyes. As it is written in Deuteronomy:

It is not because you are the most numerous of peoples that Hashem set His heart on you and chose you—indeed, you are the smallest of peoples; Deuteronomy 7:7

If God promised that the Jewish people will be as numerous as the stars and the sand, why are they, in fact, so small? And how have they accomplished so much despite their meager size?

Jews have been the targets of existential attacks throughout history. Exile and persecution, pogroms, Inquisitions, and forced conversion, have all taken their toll. The current global Jewish population of 14.7 million is still substantially less than the 16.6 million estimated on the eve of the Second World War in 1939. In retrospect, it is no small miracle that even a tiny remnant of the Jewish people exists today.

Despite the Jewish nation’s historical longevity, there are practical reasons we are not numerous. Conversion to Judaism is discouraged and proselytizing to non-Jews is prohibited. Christianity, with 900 million adherents, and Catholicism, with around 1.3 billion adherents, have vibrant traditions of missionizing. Islam enthusiastically converts non-believers and claims an astonishing 1.8 billion followers.

Intermarriage, another method of adding to the nation, is discouraged in Jewish law. Rabbi Meir Leibush ben Yehiel Michel Wisser, the 19th-century Torah scholar better known as the Malbim, emphasized this in his explanation of the warning against intermarriage given in Deuteronomy (Deuteronomy 7:3-4). He explains that Moses is warning the Israelites not to justify inter-marriage on the grounds that it will increase the number of Jews. God is not interested in numbers.

In fact, in the one circumstance that logic would demand greater numbers as preferable, God demands the opposite. When Gideon gathered his troops for war against the Midianites, God told him he had too many soldiers to conquer the enemy.

You have too many troops with you for Me to deliver Midian into their hands; Yisrael might claim for themselves the glory due to Me, thinking, ‘Our own hand has brought us victory.’ Judges 7:2

Rabbi Obadiah ben Jacob Sforno, a 15th-century Torah scholar, explained that God does not need a huge nation to attest to His glory. He did not intend this when he chose the patriarchs. Had God wanted this form of honor, he would have chosen a mighty and numerous people. God chose the Children of Israel for quality and not quantity. God chose the Jews out of love.

Throughout history, it is this quantity over quality approach that has sustained the Jews and even allowed them to shine to a degree that belies their small numbers. The Jews have survived when other greater nations (the Assyrians, Greeks, Romans, and others too numerous to list) have disappeared.

This was the secret in Jacob’s nighttime vision. The angels of other nations ascended and descended but Jacob himself was off to the side, never ascending and never descending. The Children of Israel have not yet achieved greatness but neither did they descend into obscurity.

Though the Jews were assigned the role of being a “light unto the nations” (Isaiah 42:6), the 18th-century Hasidic master, Rabbi Schneur Zalman of Liadi noted that “a small light dispels great darkness.”

The Jews have acted as a constant guiding light to humanity. Never bombastic, the influence of the Jews on society at large has been outsized. This is still true in modern Israel.  Israel is a leader in medicine, agriculture, technology, and the arts. A tiny country in the Middle East, Israel seems to be front page news every other day. Surrounded by larger and more aggressive enemies, Israel survives nonetheless.

Despite being so rare, our accomplishments make us as prominent as the stars in the sky. Of the 900 Nobel laureates to date, 20% are Jewish. This means the percentage of Jewish Nobel laureates is at least 112.5 times or 11,250% above average

It might even be said that the Jews and Israel have flourished, not despite their diminutive size, but, like Gideon’s army, because of it. Our smallness has forced us to rely on God and to acknowledge that any success we enjoy is from Him and not from us. And this message is undeniable to all those larger nations around us.