Why Are We Commanded to Keep the Pieces of the Broken Tablets? 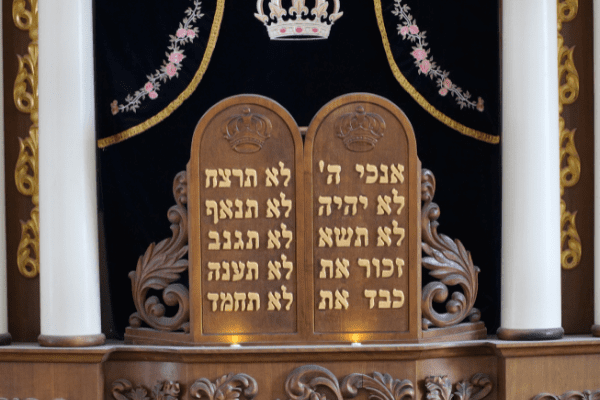 Place the cover on top of the Aron, after depositing inside the Aron the Pact that I will give you.

As part of building the Tabernacle, God instructed Moses to place the stone tablets of the Ten Commandments into the Ark of the Covenant. But, as we know, there were two sets of tablets; the first, inscribed by the finger of God, was cast down and shattered when Moses witnessed the Jews sinning with the Golden Calf. The second set was made as a less divine copy. The presence of the shattered tablets in the ark was explicitly stated in Deuteronomy (10:2) and is also related in the Talmud (Baba Batra 14b).

Many have pondered the reason for having both sets; were the shattered fragments saved for nostalgic purposes or was there a deeper meaning? Why save them if they were identical in content? Why do the broken pieces remain precious? If they represent the Jewish people disregarding the covenant with God, would we not wish to simply forget about them?

It should be emphasized that the breaking of the tablets was traumatic to the nation and is commemorated to this day on the fast of the 17th of Tammuz, which commences a three-week period of mourning concluding with the fast of the ninth of Av. The Talmud records that the first tragedy that occurred on the 17th of Tammuz was the breaking of the tablets at Mt Sinai. Enshrining the shattered tablets in the ark placed that tragedy at the epicenter of the nation’s connection to and service of God. In essence, sitting unseen in the Holy of Holies was the physical manifestation of our brokenness, as well as the hope that we can be rebuilt. Brokenness is an essential part of the process of teshuva (repentance) that brings you closer to God. Or, as Hassidut teaches, ‘There is nothing as complete as a broken heart.’ 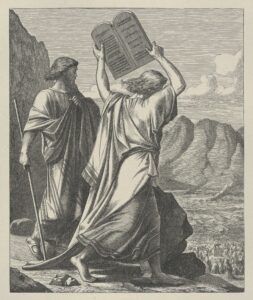 This phrase hints at how the second set of tablets was, in fact, holy in an entirely different manner than the original set inscribed by the finger of God. The Midrash (Exodus Rabbah) explained that Moses broke the tablets in order to discourage God from implementing His plan to annihilate the Jewish people for their sin with the Golden Calf and to recreate a new chosen nation from Moses and his descendants. After the devastating destruction of the tablets containing God’s words, a new set was made, showing that new beginnings are possible from the shattered remains of disappointment, rather than disposing of the old to begin anew. 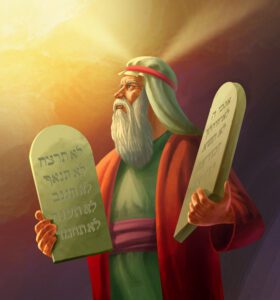 Another answer given by the sages is that even though the broken tablets had no intrinsic purpose, their divine origins required showing them respect. They could not simply be tossed aside. In a rather touching commentary in its discussion of respecting Torah scholars, the Talmud asks if a scholar who has forgotten his learning due to age should be shown respect. The Talmud answers that they should be afforded absolute respect as “the Ark contained both the tablets and the shattered tablets.” In this analogy, an aged Torah scholar is compared to the divinely inscribed tablets and, if the analogy is complete, is on a higher level than a Torah scholar who is not ‘broken’ and still remembers his Torah.

As the Tabernacle is a physical manifestation of the relationship between God and the Children of Israel, imagery is a powerful tool. Imagine the aftermath of Moses’ burst of anger. The people are confronted with the awful realization that after God redeemed them, split the sea for them, and gave them the Torah, they have, nonetheless, fallen. Something has been broken. Imagine Moses and the people, crying as they bent down, sifting through the sand, to collect the precious shards of God’s holy words, saving them in the golden Ark forever.