Who was the angel that Jacob fought? 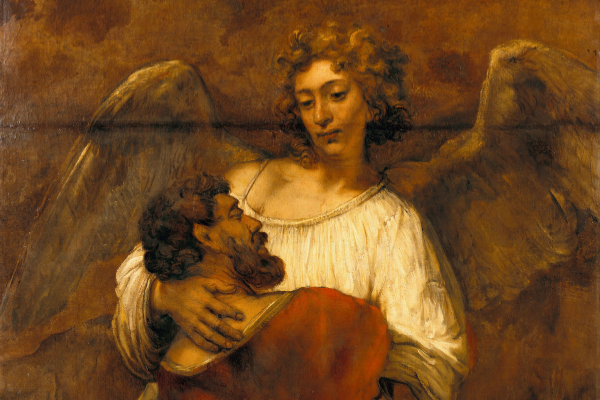 Yaakov was left alone. And a man wrestled with him until the break of dawn.

Jacob is perhaps the Biblical character whose life is more closely followed than any other, with the Torah following his conflict with his brother while still in the womb and relating his deathbed blessings. Perhaps the most pivotal moment in his conflict-laden life is his nighttime encounter with a shadow figure the Bible describes simply as “a man.” Jacob walks away from this episode essentially changed into the father of Israel.

The backdrop of this wrestling match is Jacob’s sibling rivalry with his twin brother Esau which began before they were born. Each one responded to contention in a different manner. Esau, the firstborn, was a swarthy man of the field and a skilled hunter, seemingly more likely to come out ahead in a conflict. Jacob was a thoughtful stay-at-home young man. The simple younger brother bested his aggressive older brother, catching him at a moment of weakness and getting him to trade his firstborn birthright for a bowl of soup. Then, at his mother’s direction, Jacob impersonated Esau in order to receive the blessing destined for the preferred son. But these victories led his mother to urge him to flee. 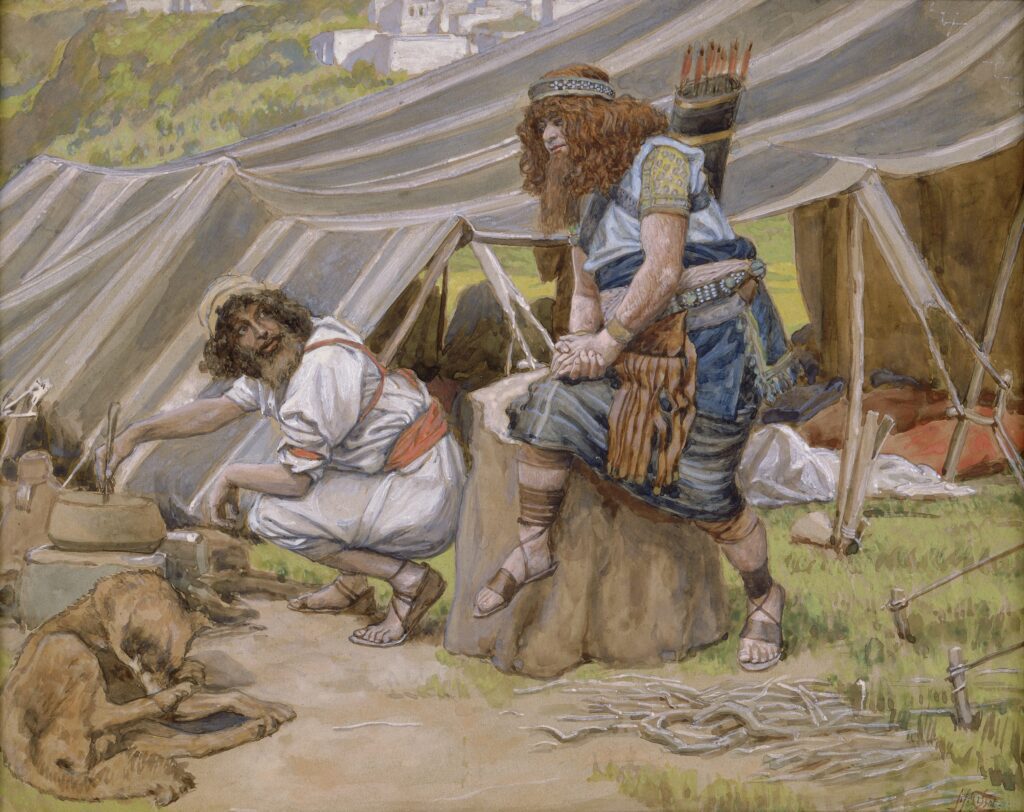 His sojourn with Laban, his unscrupulous uncle, was an ongoing lesson in opposition. Jacob came out on top, earning two wives and wealth, but at great expense, spending much of his life in exile.

Upon returning home, he decides to make peace with his brother, preparing for a stormy welcome by dividing his family and flocks so as not to lose everything should deadly conflict ensue, and sending gifts ahead to appease his volatile brother. In an incongruous move, Jacob sends everyone ahead and is left alone on the far bank of the river.

Even though Jacob is left alone, he is faced with a strange man, with whom he wrestles until dawn. The Hebrew word for wrestling, וַיֵּאָבֵק (va-yay-avek), literally means ‘to get dusty’, implying a strenuous and intimate fight. Jacob is transformed by the encounter. He is lamed after the stranger grabs his thigh in desperation. And when Jacob demands a blessing in return for the stranger’s freedom, the blessing comes in the form of a new name: Yisrael. Even this new name hints at Jacob’s reluctantly combative nature, meaning,  “You have striven with beings divine and human, and have prevailed” (Genesis 32:29).

This blessing hints at the true nature of the encounter, implying that Jacob has wrestled with the divine. This seems clear to Jacob who names the site, “Peniel”, meaning, “I have seen a divine being face to face, yet my life has been preserved.” The divine nature of Jacob’s wrestling match was hinted at by the Prophet Hosea, who framed Jacob’s relationship with his brother and with God as combative (Hosea 12:4):

In the womb he tried to supplant his brother; Grown to manhood, he strove with a divine being,

Ironically, the midnight encounter seemed to change Jacob’s destiny that had led him into conflict after conflict. The next morning, he meets his brother and peace ensues. Standing at the head of his army, Esau bows to his younger brother, kissing him on the neck. 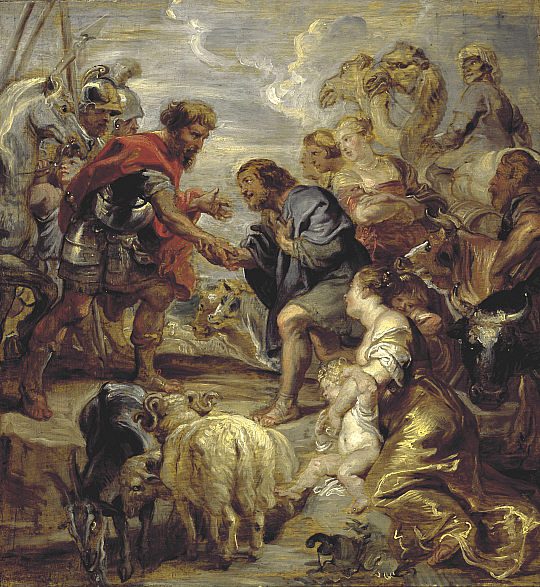 Rabbi Shlomo Yitzchaki, the medieval Biblical commentator known by the acronym Rashi,  believed that Jacob wrestled with and overcame the guardian angel of Esau, identified as the primary angel of evil named Samael. Perhaps this is why the encounter with Esau turned out to be peaceful even though Esau had been coming to meet Jacob with an army of 400 men. According to the Kabbalist known as the Alshich, Samael did not want to tell Jacob who he was when Jacob asked for his name, because if Jacob knew he was the devil Jacob would have hurt him badly.

Maimonides, on the other hand, believed that angels do not exist and that they are metaphors for the natural forces of the divine. In his Guide of the Perplexed, he explains that Jacob never wrestled an angel and, instead, the nighttime encounter was a vision with a prophetic message for the Patriarch.

The Sages give a cryptic insight into the verse, “Yaakov was left alone. And a man wrestled with him until the break of dawn.” They connect that Torah verse to the verse in Isaiah 2:11:

Man’s haughty look shall be brought low, and the pride of mortals shall be humbled. None but Hashem shall be exalted in that day.

By connecting these two verses, the Sages are suggesting that Jacob’s aloneness in this instance reflects the way God himself with be alone in His exalted state after the arrival of the Messiah.

Another Torah scholar, Rabbi Yaakov Kaminetzky, explains that “the reason Yaakov Avinu (our father Jacob) was attacked when he was alone is because most human beings are unable to maintain their spiritual level and stature when they are alone. Most people need a support system, a society, a ‘chevra’ [allies] to keep them on the straight and narrow path of righteous behavior. To go it all alone, without peer pressure and peer support, without losing one’s ‘level’ is a phenomenon which is extremely difficult for the average person to attain.”

By remaining strong while isolated, Jacob established himself as the archetypal Jew, establishing Israel’s ability to remain steadfast in serving God despite being alone among the nations, and preparing the world for God to be One in the end of days.