The Truth About Jacob’s Lentil Stew 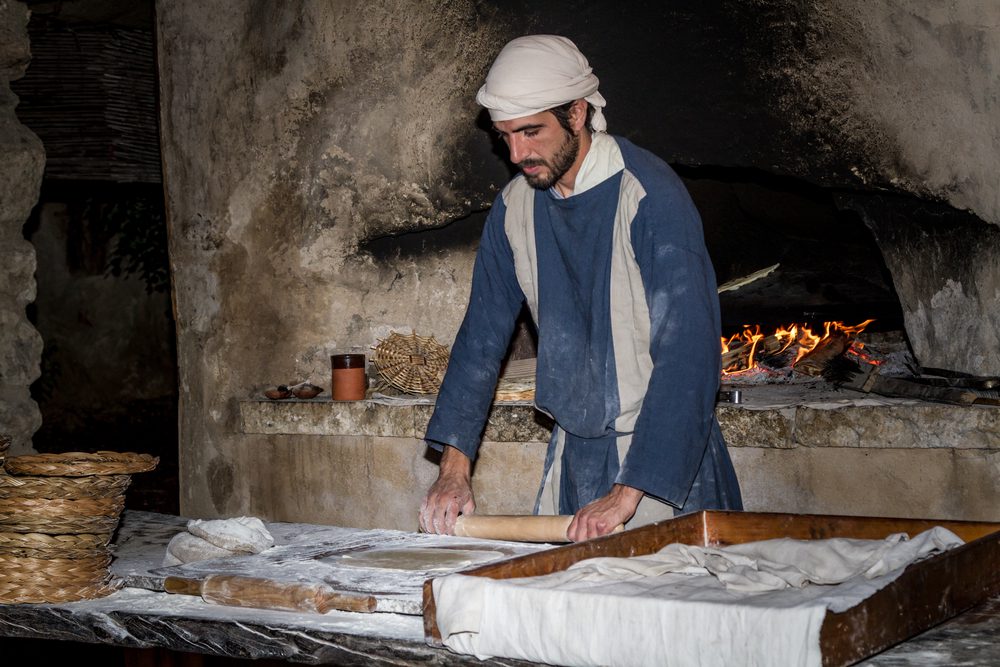 Yaakov then gave Esau bread and lentil stew; he ate and drank, and he rose and went away. Thus did Esau spurn the birthright.

Esau returned home from the field to find Jacob cooking lentil stew. Famished from a tiring day of hunting, Esau demanded that Jacob give him some lentil stew to eat, Jacob agreed on the condition that Esau would sell him his birthright. Feeling that he had no use for the birthright anyway, Esau accepted the offer and thus exchanged his birthright for a bowl of lentil stew – Jacob must have been a good cook!

The Bible doesn’t generally tell us what the patriarchs ate for dinner, so what significance is there in the fact that Jacob was making lentil stew in the first place?

Lentils are a legume with a round, edible, seed. The different types of lentil seeds come in different colors, including red. When cooked, however, the red lentils turn yellow. Lentils are rich in proteins and essential amino acids and therefore make a good supplement to a diet low in protein. For this reason, they are sometimes referred to as “poor man’s meat.”

Lentils were widely grown and eaten during biblical times, and they appear in three other places in the Bible as well:

1. During the rebellion of Absalom, David and his men were brought food to eat in order to sustain the troops who had grown hungry and thirsty. Lentils were among the food that they were generously given (II Samuel 17:28).

2. Toward the end of his life, when the Bible discusses some of David’s most valiant warriors, it mentions how Shammah son of Age the Ararite defended a plot of ground full of lentils from the Philistines (II Samuel 23:11-12).

3. Ezekiel is commanded to lie on his side for 390 days and bear the punishment of the House of Israel. He is further commanded to bake bread from certain ingredients, including lentils, which he is supposed to eat for all 390 days that he is lying on his side (Ezekiel 3:9).

The Sages teach that Jacob was cooking lentil stew because his grandfather Abraham had just died, and Jacob was cooking a mourners meal for his father Isaac. Lentil soup was an appropriate dish for him to make since it is customary in the Jewish tradition to feed mourners foods that are round, symbolic of the fact that mourning is a cycle that eventually rolls around to everyone in this world.

Esau was so consumed with himself and his hunger that the symbolism of the dish was lost on him. He demanded some of “that red stuff” (25:30) without even identifying what he was asking for, all he cared about was eating some food and eating it now! In fact, Esau was so hungry that he couldn’t even wait for the food to cook, but ate the lentils while they were still red, which meant they were still raw, instead of waiting for them to cook and turn yellow. As a result, Esau himself became known as red (25:30).

Esau cared only about the here and now. He was interested only in satisfying his desires quickly and wanted instant gratification. He did not have the patience to invest in a process that took time and effort. This attitude is reflected in Esau’s name which is related to the Hebrew word asuy, meaning complete. Esau was interested in the bottom line, that which was already finished, and not things that required a thought-out process.

Jacob was so disgusted by Esau’s behavior that he decided Esau was no longer deserving of the birthright. Someone who could live only in the present and care only about himself was not worthy of being the spiritual heir of Abraham and Isaac and could not be the one to carry on the holy work of bringing awareness of God to the world. For this reason, Jacob insisted that Esau relinquish his birthright in exchange for the bowl of lentil stew, which is why the Bible makes sure to tell us exactly what Jacob was cooking for dinner.