Where Did Balaam Go Wrong? 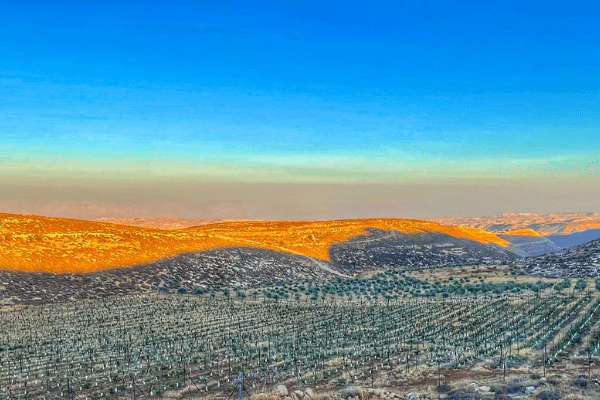 “He has told you, O man, what is good, And what Hashem requires of you: Only to do justice And to love goodness, And to walk modestly with your God;

“See that big guy over there? Aren’t you glad I saved you from him?”

“What are you talking about? He never touched me.”

“Yeah, but what he wanted to do to you was really awful.”

“You mean he wanted to beat me up?”

“No. What he wanted to do was much worse than even that.”

Each Torah reading is accompanied by a reading from the Prophets, what is referred to as the Haftarah. It is almost always related thematically to the Torah portion, and sometimes gives a heads-up, emphasizing the aspect of the Torah portion that the sages wanted us to pay attention to.

After reading about the confrontation between Balaam and the Jews in the Torah, most people give a sigh of relief that the threat was averted and the nation is blessed. But the Haftarah (Micah 5:6–6:8) emphasizes the real threat posed by Balaam and Balak:

“My people, remember what Balak king of Moab plotted against you, and how Balaam son of Beor responded to him.” (Micah 6:5)

Balaam represented the greatest threat to the new nation; greater than Pharaoh’s army at the Red Sea, or any other army they might encounter. He was perhaps the craftiest enemy Israel ever faced. Realizing that the Jews’ strength lay not in their army but in their faith in God, he waged a metaphysical battle, sending a true prophet, a man who actually heard God even though he was evil, a wizard of epic proportions. Had he succeeded in cursing the nation of Israel, it would have been far more devastating than any military loss. It would have corrupted the spiritual core of the Jews for all time.

Hence, the reiteration by the Prophet Micah as a warning for later generations.

Balaam had truly evil intentions. How did the nation of Israel passively avert this spiritual attack?

Oddly enough, when Balaam set out to curse the nation of Israel he pressed Balak to provide him with sacrifices. After all, Balaam knew that the way to God’s heart was via animal offerings. God requires sacrifices, as evidenced by the Torah commandments, and Balaam needed to counter the sacrifices offered by the Jews in the Tabernacle.

Balaam and Balak’s sacrifices are not to be discounted. They opened up spiritual portals, allowing the pagan wizard to access metaphysical gateways and even commune with God. So where did he go wrong?

Micah gives us a clue. After suggesting that it is possible to attempt to relate to God through sacrifices and actions adhering to the letter of the law, Micah admonishes Israel that this is not enough to appease God. This was, in fact, Balaam’s mistake. God requires something more of His people:

“He has told you, O man, what is good, And what Hashem requires of you: Only to do justice And to love goodness, And to walk modestly with your God; Micah 6:8

Like many enemies of Israel who came after him, Balaam initially thought that the Jews connected to God by following the letter of the law and performing the rites and rituals laid out in the Torah. When he came to see the camp, at its center was the Tabernacle with smoke from the sacrifices rising up to heaven. In addition, Balaam was working under the false assumption that service to God was a means to force God’s hand and to get what you wanted from the Divine. In his mind, sacrifices were a form of bribe. He quickly learned that this was not the case.

Micah comes to admonish any who may fall into that trap. God requires far more than service or actions performed by someone who does not submit to His will. The Torah is not a guide for personal glory or even a solitary man’s spiritual edification. It is a guidebook for understanding the true will of God, and how to relate to Him and our fellow man.

Anyone, even an evil character like Balaam, can follow directions or go through the motions of service to God. But what Balaam failed to understand is that spirituality and a relationship with the Creator is not achieved through external actions alone. Nor are those actions a means for man to control God. Micha, reminds us that man is both subject to God and obligated to others beyond himself. He therefore admonishes us “do justice and to love goodness, and to walk modestly with your God” (6:8).

“Goodness”, as demanded by Micah, is difficult to define but everyone recognizes it when they see it. It is an unmistakable human quality. Though it was the element entirely lacking in his sacrifices, Balaam recognized this quality in Jewish people when he gazed out over their camp. And this goodness had an inner power that Balaam could not hope to overcome. When faced with this, he knew he was defeated and could not hope to curse Israel.