What did Balaam see that changed his mind? 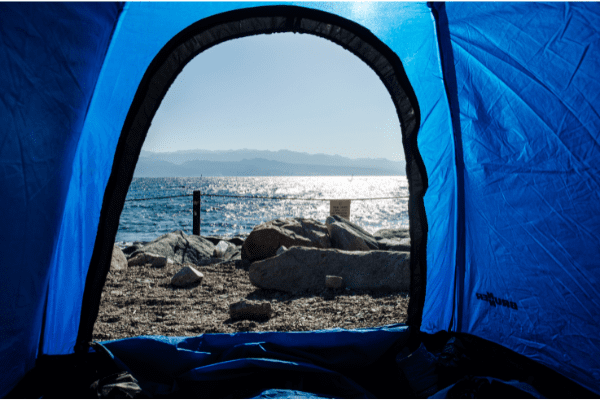 How fair are your tents, O Yaakov, Your dwellings, O Yisrael!

Have you ever gone into a camping goods store and been overwhelmed by the beauty of the tents? Of course not. Clearly, Balaam was not commenting on the handiwork of the Hebrew tentmakers when he complimented the beauty of the desert dwellings (Numbers 24:5).

When reading this verse, it must be remembered that Balaam’s initial intention was to curse the Jews. But when the entire camp was spread out in front of him, his curse died in his lips, and the very curses he intended to invoke against the Jews transformed into blessings. Balaam intended to curse the Jews with discord, internal strife, and bickering. But one glimpse of the camp shattered Balaam’s plan. Why?

Balaam expected to see a gathering of recently-released slaves; disorganized and masterless. As every city planner knows, urban planning is essential to civil tranquility. In his book, The Tipping Point, Malcolm Gladwell set forth his “broken windows theory”, suggesting that small problems, like broken windows or broken street lamps, could lead to greater social problems like crime. The theory was adopted by mayors to great success. When he was mayor of New York, Rudy Giuliani grappled with massive amounts of crime by focusing on cleaning up graffiti and cleaning garbage from the streets.

“If a window is broken and left unrepaired, people walking by will conclude that no one cares and no one is in charge,” Gladwell wrote. “Soon, more windows will be broken, and the sense of anarchy will spread from the building to the street on which it faces, sending a signal that anything goes.”

When Balaam was faced with an organized camp, he understood that any attempt to attack Israel would be unsuccessful. In the words of Malcolm Gladwell, the beauty of the tents was graphic proof that there was most certainly someone who cared, someone who was in charge. In the case of the Jewish people, it was the ultimate “Someone,” God Himself.