The True Day of Rest 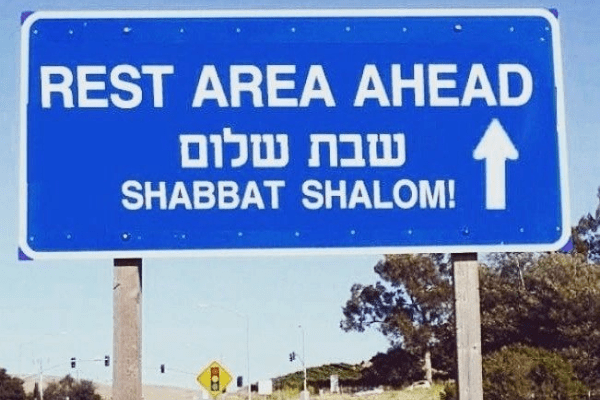 On six days work may be done, but on the seventh day you shall have a Shabbat of complete rest, holy to Hashem; whoever does any work on it shall be put to death.

The fourth of the Ten Commandments instructs the Children of Israel to observe Shabbat on the seventh day because God Himself created the world in six days and rested on the seventh (Exodus 20:8-11). This mitzvah (Torah commandment) is repeated in many places throughout the Torah, most notably in connection with the Tabernacle in Exodus (35:2).

In fact, the Torah tells us that immediately upon completion of the creation of the world, God rested on and sanctified the seventh day (Genesis 2:1-3). Therefore, most people assume that the seven-day week originated with Creation and accounts for the current universal seven-day week. However, while the Jewish people were commanded to keep a seven-day week, this was not universally observed by all people for all time, and paganism was originally based on an eight-day week.

Anthropologists and archaeologists attribute the seven-day week to the Sumerians and the Babylonians who divided the year into weeks of seven days each, one of which they designated a day of recreation. This day was considered ritually impure and certain activities were forbidden. The Babylonians named each of the days after one of the five planetary bodies known to them (Mercury, Venus, Mars, Jupiter, and Saturn) and after the Sun and the Moon, a custom later adopted by the Romans. Hence, Saturn-day became Saturday, Moon-day became Monday and the more obvious Sun-day remained virtually unchanged. Mars, the Greek God of War, was replaced with Tiw, the old-English war god, and became Tuesday. The Norse God Odin, or Wotan, replaced Mercury to lend his name to Wednesday, and, similarly, the Norse god Thor replaced Jupiter in the name of Thursday. Freya, an old-English love goddess, replaced Venus to make Friday. These names are in stark contrast to the Biblical labels of “first day”, “second day”, etc. Only Shabbat, literally ‘cease’, has a non-numerical name.

The Babylonians, however, did not adhere to a seven-day week, adding days to the fourth week of a month to keep the weeks in sync with the moon, so their months would be 7–7–7–8 or 7–7–7–9 days long. Later, the Greeks and also the Romans had a more flexible approach to the seven-day week, using an eight-day week to demarcate market days.

For the Children of Israel who were commanded to keep a seven-day week, leaving Egypt meant resetting the weekly schedule as the ancient Egyptians used a ten-day week. This reset was divinely guided when, according to the Torah, a double-portion of Mana appeared on Friday, indicating precisely when the Shabbat was imminent. Through the miracle of the mana, God essentially brought the Jews into synch with the seven-day cycle established in Creation. 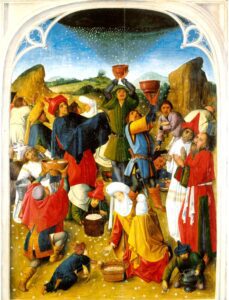 The Romans adopted a strict seven-day week under Emperor Constantine in 321 CE, who designated Sunday as the first day of the week.

More recently, the Soviet Union changed the calendar to have 72 weeks of 5 days each in 1929. Instead of the traditional day names, the days were given colors: yellow, orange, red, purple, and green. The differences were made up with some national holidays, which did not fall on normal days of the week. This would be like having Saturday, Sunday, Labor Day, Monday, Tuesday. Each worker was given one of these days as a rest day, in which they didn’t work. The system was designed to make for a continuous workweek; at any given moment, 24 hours a day, every day, 80 percent of the workforce was working, compared with less efficient capitalist systems that gave universal weekends. It also conformed to the anti-religious Marxist agenda.

The system was enormously unpopular as people preferred a system in which they shared days off with their friends and family. In 1931, the USSR changed its schedule to a six-day week with numbers replacing the colors. Every sixth day was a rest day. This proved not much better, and in 1940 the USSR gave up and went back to a seven-day week.

But even capitalist systems had problems with the pagan revisions to the Biblically based seven-day week which set Sun-day as the day of rest. As Jewish immigration to the US increased dramatically in the beginning of the 20th century, some East Coast manufacturers added Saturday as a rest day to accommodate their Jewish workers. Soon, labor unions began demanding it, and in 1938, FDR’s signing of the Fair Labor Standards Act established a five-day, 40-hour workweek for most American workers.

There is still a strong movement to replace the current system with an eight-day week similar to the Roman market calendar consisting of three-day weekends and a five-day workweek. The 12 months in the Gregorian calendar would remain unchanged. A new day, called “Newday,” would be added between Saturday and Sunday.

In the meantime, the seven-day week has become universally accepted just as God had commanded. However, the biggest change to the Shabbat observance came when Christianity chose to observe the sabbath on Sunday. Jesus, a Jew who was scrupulous in observing the Torah commandments, surely observed Shabbat with all of its minutiae. This was surely true as well for his original disciples. Some Christian historians theorize that as the number of non-Jewish followers increased, they continued to observe the pagan Sun-day as the day of rest. By the end of the first century, Sunday worship was the norm. Constantine, who was a pagan who accepted the belief of Jesus, continued in his Sunday observance. While retaining the names based in paganism, Constantine, a convert to Christianity, decreed that Sunday should be a day of rest and worship.

This was further emphasized by the Christian belief that Jesus rose from the dead on the first day of the week so it was honored as the sabbath in order to commemorate that event. This was bolstered by the belief that Shabbat was an exclusive sign between God and the Jewish people. Shabbat was considered a ritual observance obviated by the New Testament and not a moral imperative that was still incumbent upon the followers of Jesus.

This shift not only changed the day on which the Sabbath was recognized but also the manner of its observance. The Christian tradition of the sabbath (readings from Scripture, a sermon, communal prayer, and Communion) does not resemble the Torah observance of prohibited work as well as three festive meals and other ritual performances.

To this day, Christian observance of the sabbath on Sunday has created a gulf separating Jews and Christians socially as well as religiously. The recent phenomenon of Christians returning to the Hebrew roots of the Church is bridging that gulf. Though not yet widespread, the number of Christians honoring Shabbat, either in addition to or instead of Sunday sabbath, is growing.