The 39 Acts Forbidden on the Sabbath 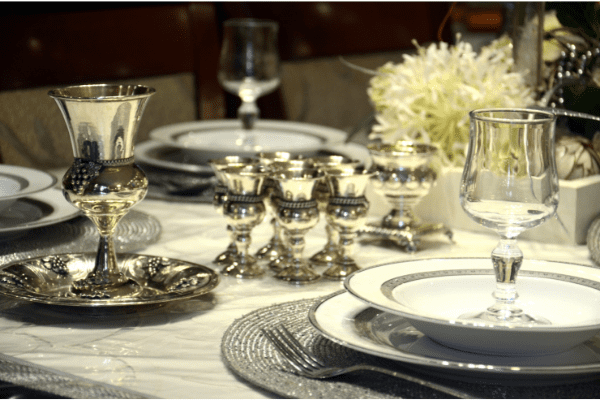 On six days work may be done, but on the seventh day you shall have a Shabbat of complete rest, holy to Hashem; whoever does any work on it shall be put to death.

After the instructions for the Tabernacle are given and right before the actual construction of the Tabernacle begins, Moses gives an incongruous message commanding the Jews to rest on Shabbat (Exodus 35:1-3). In no fewer than 12 places, the Torah reiterates the prohibition against doing work, or in Hebrew melachah, on Shabbat. But it is not clear from the Torah exactly which type of work is included in this prohibition.

Why does the Torah place the commandment to cease work on Shabbat next to the work of the Tabernacle? To teach us that a person is guilty of violating the Shabbat only if the work he does has a counterpart in the work of making the Sanctuary.

This connection between the Tabernacle and Shabbat is further emphasized in Leviticus:

You shall keep My Shabbatot and venerate My sanctuary: I am Hashem. Leviticus 19:30

The construction of the Tabernacle was intended to achieve the exact same objective as the creation of the world itself: to provide a place where God’s presence could dwell within the material world in order for Man to commune with Him. Shabbat achieves the same goal, by creating a time in which Man can dwell in the time God consecrated on the seventh day of creation. By stopping any creative labors on Shabbat, man is acknowledging the perfection of God’s creation.

The laws pertaining to Shabbat are myriad and complicated. This article is intended as a general introduction to the concept of the melachot.

The Torah specifically mentions two melachot that are expressly forbidden: kindling a fire and carrying/transferring between ‘domains’. The sages go on to enumerate 37 more acts as the archetypal melachot (works) that are forbidden on Shabbat. In the language of the Mishna, there are 40 minus one melachot that are forbidden on Shabbat. Though no source is given for this exact number, some commentaries have noted that there are 39 vessels, materials, and garments listed as necessary for the Tabernacle (Exodus 35).

The melachot are generally divided into six groups, classified according to the activities in the Tabernacle with which they are associated.

Each melacha, referred to as av (father), has numerous derivatives, called toladot, that share similar characteristics and are equally forbidden.

As stated above, the malachot are based on the following acts that were required for the Tabernacle:

The Order of Bread:

The Order of Garments

The Order of Hides

The Order of Construction

NOTE: When human life is endangered, a Jew is not only allowed, but required, to violate any Sabbath law that stands in the way of saving that person. The concept of life being in danger is interpreted broadly; for example, it is mandated that one violate the Sabbath to take a woman in active labor to a hospital.