The Secret to Achieving Jewish Sovereignty in the Land 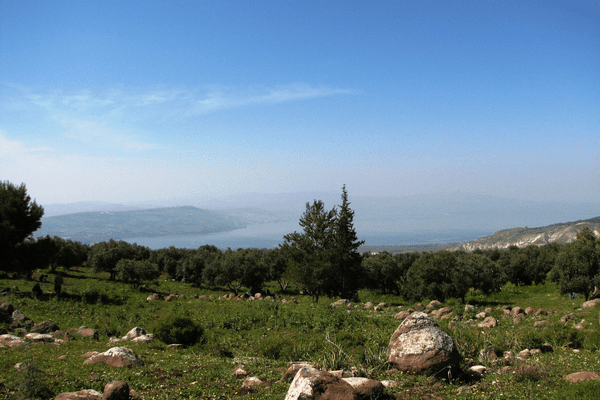 He said to him, “Thus said Yiftach: Yisrael did not seize the land of Moab or the land of the Ammonites.

Social media has taken all our human foibles and faults, amplifying them to show how silly people can be. Even when faced with facts and the undeniable truth, some people will double down and insist that they are in the right.

There is no more hotly debated subject than the conflict between Israel and the ‘Palestinians’. History is rewritten and the Bible pushed aside in favor of untenable political agendas. The UN has passed resolutions that there is no connection between the Temple Mount and the Jews, while others claim that the “Palestinian nation” has been in Israel for thousands of years and Israel must “return” the land to its “rightful owners”. But this is not a new phenomenon. Even in Biblical times, people were stubborn in their beliefs, even if their belief was clearly wrong.

In the Book of Judges, Jephthah was made the leader of the Children of Israel and was confronted by the leader of Ammon who demanded that the people of Israel “return” the land on the East bank of the Jordan. The Bible describes Jephthah’s answer in-depth. It is basically a history lesson, recounting how the Hebrews had conquered the land after the Exodus from Egypt.

This process seems a bit absurd. Did Jephthah really expect the king of the Ammonites to suddenly reconsider his facts and stand down? What was the purpose of Jephthah’s history lesson and why was it so important that the Bible needed to retell the story of conquering the land?

Jephthah was no coward. The Bible (Judges 11) describes his inauspicious origins (he was the son of a prostitute) but adds that he “was an able warrior”. A charismatic leader, he gathered around him men of similar character. His ability as a warrior was so evident that the elders of Gilead turned to him when they were threatened by the Ammonites.

So why did this man of bold action hesitate before attacking?

Jephthah surely knew that the King of the Ammonites did not come to hear a history lesson or to parlay. His words would be useless in convincing a king who had come at the head of an foreign army. So why did he bother with this lecture?

Jephthah’s arguments were not meant for the king of Ammon at all. Instead, they were intended for his OWN people – for the people of Israel! Jephthah was reminding his OWN nation of their history and their historical right to the Land of Israel!

This is precisely what we need to do in our time. From the moment Israel first declared its independence in 1947, the Arabs have shown that they are not interested in peace. They won’t listen to any of our arguments. Every history book ever written bears witness to the Jewish claim to the land. The Bible, accepted by the Christians as well as the Jews, bears witness to the Jew’s spiritual and historic connection to the land of Israel.

But the Arabs attempt to rewrite all of this and refute the mounds of archaeological evidence that the land belongs to the Jews. Remarkably, after two millennia of labeling the Jews as foreigners due to our longing to return to our homeland, the Europeans have joined in this process of divesting the Jews of our homeland.

The battle for Israel will not be won through reasoned arguments, because there is no reasoning with anti-Semites! Their hatred transcends reason and logic. But the arguments that emphasize our claim to the land of Israel must be made. We MUST make these arguments, so that OUR OWN people will hear them and remember why the land belongs to us!