The Remarkable Women Behind Moses’ Success 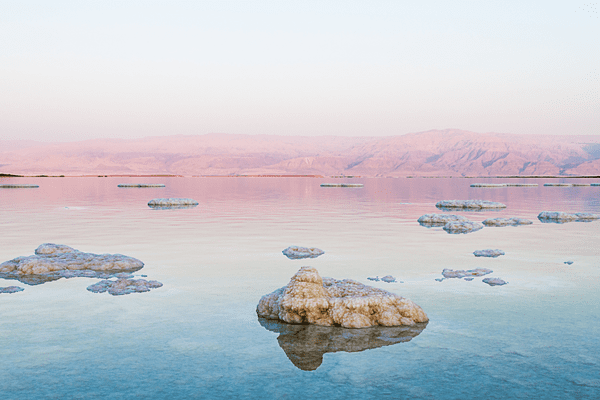 When the child grew up, she brought him to Pharaoh's daughter, who made him her son. She named him Moshe, explaining, “I drew him out of the water.”

Everyone is familiar with the phrase, “Behind every great man is an even greater woman.” In the case of Moses, it took far more than one woman to help him achieve greatness. Moses did, in fact, require six amazing women to help him become the leader who took the Jews out of Egypt and guided them to the promised land.

Who were these women and what role did they each have?

First was his mother, Jochebed, who rebelled against the decree of Pharaoh. Rather than cast her infant boy into the Nile, she risked her life by sheltering baby Moses for three months before setting him adrift in a basket. Jochebed, like the other women of her generation, maintained her faith even in the wake of the horrible decree. Her greatness is evident in the fact that she was the mother of three great leaders of Israel: Moses, Aaron, and Miriam.

Jochebed was just one of the many Jewish women who refused to give in to the evil decreed of Pharaoh. The sages relate that the Hebrew men responded to Pharaoh’s decree by refraining from having relations with their wives. They saw no viable future for the Jewish people. The women responded by putting on makeup and dressing nicely for their husbands in order to entice them and have children. In the merit of this action, the mirrors they used to beautify themselves were made into the copper laver in the Tabernacle.

But Amram, Moses’ father, did not relent. The second heroine in Moses’ life was his sister, Miriam. She argued with her father, saying, “Your decree is worse than Pharaoh’s decree. His affects only the boys, while yours affects all. His deprives children of life in this world; yours will deprive them of life even in the World to Come.”

It was Miriam’s argument that finally convinced Amram to relent, and not long after Moses was born.

At birth, Moses’ life was saved by the rebellious midwives, Shiphrah and Puah. Pharaoh ordered all the midwives to kill any male babies, but they “feared God and did not do what the king of Egypt had told them to do; they let the boys live” (Ex. 1:17). Summoned before Pharaoh, they concocted a lie that the Hebrew women were vigorous and gave birth before they arrived.

Their example puts the lie to the claim that is often used for doing evil: “I was only following orders.” It is the women of Israel who were the example for the long history of civil disobedience that has characterized the Jews’ ability to survive oppression from evil empires.

It was young Miriam who then waded through the Nile River, following her infant brother, and addressed the daughter of Pharaoh in order to ensure that Moses would remain connected to his family and his people.

A prophet in her own right, the Talmud (Megilla 14a) names Miriam as one of the seven major female prophets of Israel. The Prophet Micah attributes to her the redemption of the Hebrews along with her two brothers:

In fact, I brought you up from the land of Egypt, I redeemed you from the house of bondage, And I sent before you Moshe, Aharon, and Miriam. Micah 6:4

Just as Moses led the men out of Egypt and taught them Torah, so too Miriam led the women and taught them Torah. She also led the Israelites in song after Pharaoh’s army was destroyed at the Sea of Reeds. The sages credit her with maintaining the miraculous well that provided water for the entire nation throughout their 40 years of wandering in the desert.

The next great woman who came into Moses’ life was his wife, Zipporah, the daughter of the Midianite high priest Jethro. In a chilling encounter with the Angel of Death who came for her son, Tziporah jumped into action, circumcising her son with a flint while Moses stood frozen and unable to act.

And credit must surely be given to Pharaoh’s daughter who raised Moses in the royal house. It must have been obvious to all that a baby, taken from the Nile during Pharaoh’s decree, covered in a handwoven Hebrew blanket and followed by a young Hebrew girl, was also a Hebrew. Yet Pharaoh’s daughter adopted him as her own. Though the Torah does not describe that period of his life, she must have instilled in him a strong sense of social justice, pushing him to choose action and exile rather than conformity and a continued life of luxury in Pharaoh’s palace.

Though she is not named in Exodus, Jewish tradition teaches that she is Bithiah, the daughter of Pharoah mentioned in Chronicles I 4:18. The name means “the daughter of God” and Midrash teaches that God said to her, “Moses was not your son, yet you called him your son. You are not My daughter, but I shall call you My daughter.” Through her merit, she was one of the few people who were so righteous that they entered paradise in their lifetime.

While it is true that the Jews were redeemed from Egypt with Moses and Aaron acting as God’s emissaries, it is clear that the women had a significant impact on the Exodus, and on the lives and characters of these two leaders. In the words of the sages, “In the merit of the righteous women that were in that generation, the Jewish people were redeemed from Egypt.”