Remembering 9/11: The Ever-Changing Face of Evil 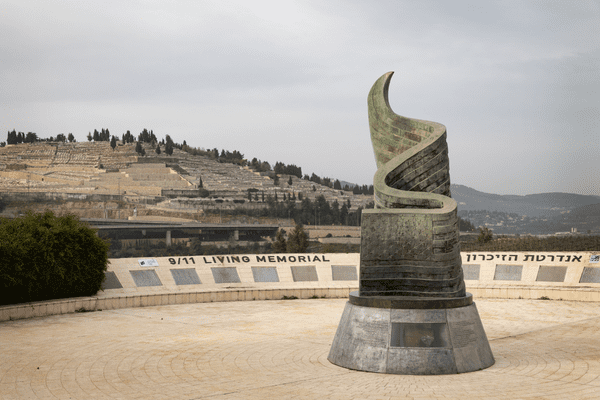 Therefore, when Hashem your God grants you safety from all your enemies around you, in the land that Hashem your God is giving you as a hereditary portion, you shall blot out the memory of Amalek from under heaven. Do not forget!

September 11th is the anniversary of the suicide terrorist attacks carried out by Al Qaeda against the US. On September 11, 2001, 19 terrorists armed with box-cutters hijacked four passenger airliners. Together, they carried out a series of four coordinated terrorist attacks, flying two of the planes into the two towers of the World Trade Center and a third plane into the Pentagon. The fourth plane was intended to hit a federal government building in Washington, D.C., but crashed in a field after a passenger revolt. The attacks killed 2,977 people and wounded over 25,000, making 9/11 the single deadliest terrorist attack in human history.

The day was transformative in history for the entire country. For many, it was personally traumatic. Most people remember precisely where they were when they first heard the planes struck the World Trade Center.

Remembering is actually a commandment in the Torah, found in several different contexts. We are commanded to remember the Revelation at Sinai, the sins of Miriam and the Golden Calf, the Shabbat, the Exodus from Egypt and the war with Amalek.

But why is it so important to remember?

Elie Wiesel, in his Nobel Lecture delivered on December 11, 1986, said:

Without memory, our existence would be barren and opaque, like a prison cell into which no light penetrates; like a tomb which rejects the living… if anything, it is memory that will save humanity. For me, hope without memory is like memory without hope…

Remembering is a noble and necessary act. The call of memory, the call to memory, reaches us from the very dawn of history. No commandment figures so frequently, so insistently, in the Bible. It is incumbent upon us to remember the good we have received, and the evil we have suffered. New Year’s Day, Rosh Hashana, is also called Yom Hazikaron, the day of memory. On that day, the day of universal judgment, man appeals to God to remember: our salvation depends on it.

Remembering is a way of sanctifying events from the past and connecting with them. But more than just glorifying the past, memories of the past continue to live in the present and influence who we are today. Memory gives us hope and memory also binds people together.

Though 9/11 memorials are found in several countries around the world, the tiny country of Israel has 13 memorials, the most of any country outside the U.S. And significantly, the 30-foot-tall 9/11 Living Memorial Plaza in Ramot, Jerusalem is the only memorial outside of the United States that lists all the names of the victims, including five who were Israeli citizens. A small part of New York City, a metal shard from the ruins of the World Trade Center, is embedded in the base of the memorial. 9/11 is a bond of blood representing the US-Israeli brotherhood which binds us in the fight against the evil forces that threaten to plunge all of humanity into darkness.

The memory of 9/11 hints at the memory of the Jewish Temples. It is interesting to note that 9/11, the eleventh day of the ninth month, has a counterpart in Israel. Like most Europeans, Israelis write the date with the day preceding the month, so September 11th is written 11/9. On the Hebrew calendar, 11/9, or the ninth day of the eleventh month, is Tisha b’Av, the ninth of Av, a day of fasting in which Jews commemorate the destruction of our “Twin Towers”: the First and Second Temples.

In this regard, remembering is an active process. While the names of those killed in the attacks are etched in stone, the battle against evil continues. In the Book of Genesis (32:30, The Israel Bible p. 85) when Jacob wrestles with the angel, Jacob suddenly turns to the angel and asks him, “Pray tell me your name.” And the angel replies: “You must not ask my name!” To which the Biblical commentator Rashi offers this explanation: “You want to know my name. Do you not know that evil has no fixed name? Our names always change in accordance with the times.”

The events are an indelible and unchanging part of history. We cannot change what happened. But by remembering the events and using the lessons we learned to guide our actions, we can influence the future. We can remember the tragedy and the loved ones that were lost, using that painful memory to motivate us to do acts of kindness. At the same time, we can remember the evil that touched our lives, using this memory to become better and stronger in our fight against the ever-changing face of evil.