Milk and Meat: When Two Rights Make a Wrong 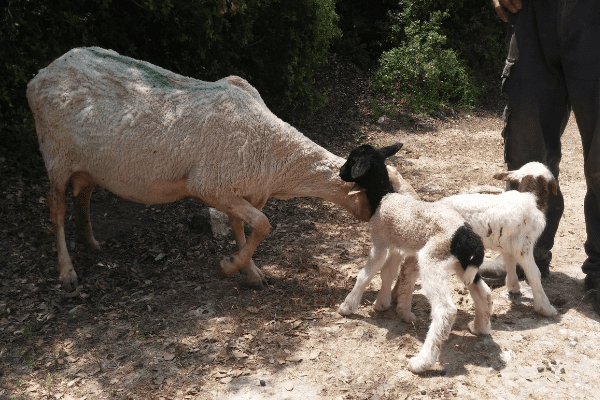 The choice first fruits of your soil you shall bring to the house of Hashem your God. You shall not boil a kid in its mother's milk.

This prohibition is considered a chok (a torah commandment that is beyond reason and logic). The biblical commentators, nonetheless, attempt to explain possible reasons for this prohibition. As bizarre as this may sound, they explain that this cruel practice of boiling a kid in its mother’s milk was common among ancient peoples. Seforno suggests that the purpose of this practice was to elicit a blessing for plentiful crops or flocks from the gods. Jewish law frequently mandates exceptional stringencies to distance Jews from idolatrous practices, and so this practice was prohibited.

Some commentators explain that the practice was intentionally cruel, using the mother’s milk intended to nourish the baby animal as part of the process to kill and cook the animal. Because of the cruelty of the practice, not only was cooking a kid in its mother’s milk prohibited, but the prohibition was expanded to include all animals. 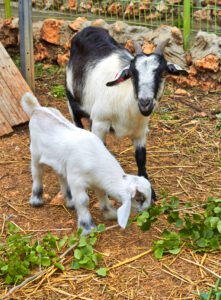 A mother goat and her baby on an Israeli kibbutz (Shutterstock.com)

The commentators explain that the ‘kid’ in this verse refers to any domesticated animal. Unlike other prohibitions regarding food, the prohibition against mixing meat and milk is only against kosher milk being mixed with kosher meat. Though it is, of course, forbidden to eat meat of a non-kosher animal, or milk taken from a non-kosher animal, if a Jew eats such a mixture, he is not liable for the additional sin of mixing meat and milk.

Sensitivity to animals is also expressed in the mitzvah of shiluach haken, sending the mother bird away before taking the eggs from the nest (Deuteronomy 22:6).

Rabbinic restrictions were added to include the prohibition against cooking poultry with milk. The rabbis also prohibited eating meat and milk together even if they were not cooked together. A waiting period between eating meat and then eating milk was instituted, with different traditions mandating different lengths of time ranging from one hour to six hours. It is important to note that this waiting period does not apply if milk is eaten first.

Biblical pundits point out that the patriarch, Abraham, seems to violate the prohibition when offering hospitality to the angels, serving them meat and milk simultaneously:

He took curds and milk and the calf that had been prepared and set these before them; and he waited on them under the tree as they ate. Genesis 18:8

Some commentators explain that Abraham served the milk first, thereby not violating the commandment. Other commentators suggest that Abraham knew his guests were angels and the prohibition is only incumbent upon Jews. So the meat and milk were not cooked together, but the guests had the option of eating them together. Abraham saw no reason that his personal stringencies should diminish the enjoyment of his guests. Alternatively, the angels, being transcendent, did not eat. 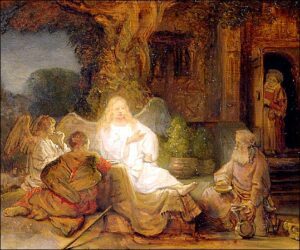 The Midrash taught that the angels did actually eat meat and milk together. Years later, when Moses was about to be given the Torah, the angels protested, saying that mortal man does not deserve God’s greatest treasure; the Torah. Moses responded with several challenges, one of which was asking the angels, “You knew the Torah. Did this stop you from indulging in a mixture of milk and meat at Abraham’s place?” The angels had no reply.