Is it Better to Be Counted or Countless? 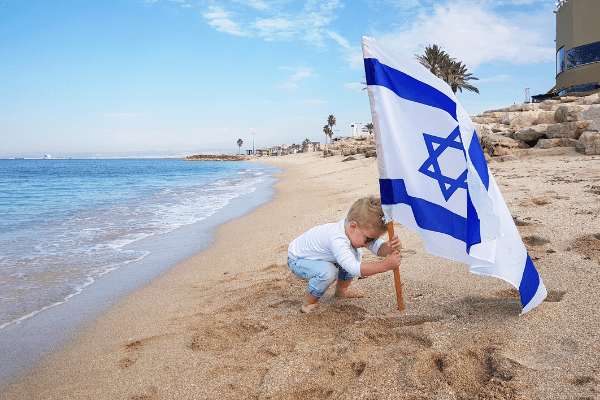 The number of the people of Yisrael shall be like that of the sands of the sea, which cannot be measured or counted; and instead of being told, “You are Not-My-People,” they shall be called Children-of-the-Living-Hashem.

As the name implies, the Book of Numbers begins with a census of the Jews one year after leaving Egypt, setting the number of non-Levite males over the age of 20 at 603,550. When the Torah is read in synagogues on Shabbat, an accompanying section of the Prophets which is thematically similar to the Torah portion, is also read. The section chosen for the Torah portion of Bamidbar, which describes this count of the Israelites in the desert, is from Hosea (2:1-22). Ironically, this section begins with a statement that directly contradicts the Book of Numbers:

The number of the people of Yisrael shall be like that of the sands of the sea, which cannot be measured or counted; and instead of being told, “You are Not-My-People,” they shall be called Children-of-the-Living-Hashem. Hosea 2:1

Hosea seems to be reiterating the promise made to Abraham in Genesis:

I will bestow My blessing upon you and make your descendants as numerous as the stars of heaven and the sands on the seashore; and your descendants shall seize the gates of their foes. Genesis 22:17

Isaiah repeats the promise that the Jewish people will be as many as the sands of the sea but in a more sinister context:

The utopic vision of countless Jews, descendants of Abraham, serving the God of Abraham in the land promised to him appears throughout the Bible. What appears as an overly optimistic prediction for the prospects of an old man with no children takes on an ominous twist when voiced by the prophets who say that this beautiful vision of a bounteous nation will only come to fruition after the seeming destruction of the nation.

We are blessed to be living in a time when this prophetic vision and the Biblical promise have begun to come to fruition. The Jewish nation has risen quite literally from the ashes of the Holocaust. And the children of Abraham, Isaac, and Jacob number over 15 million. This is a blessed manifestation of the prophecy.

Though God commanded that the Jews be counted in the desert for the purpose of creating an army, when it comes to counting the Jews the final number is not entirely important. This idea was made clear to Gideon when he rose up against the Midianite enemy (Judges 6–7).

Gideon assembled 32,000 soldiers in order to fight the Midianites, but God told him he had too many men in his army. Gideon therefore exempted all those who were frightened and wished to return home, at which point only 10,000 men remained. God still thought there were too many men and ordered Gideon to take his men to a waterway and have them drink.  Ninety seven hundred kneeled down on their knees to drink and three hundred lapped up the water with their hands, remaining in an upright position.

God told Gideon to wage the battle only with the 300 who did not kneel. Even though the opposing Midianite forces were “innumerable (unable to be counted) like the sand at the edge of the sea in large quantity” (Judges 7:12), Gideon and his army of 300 were victorious. We see that even when it comes to war, numbers are not as important as the quality of the individual and his connection to the God of Israel.

Based on this understanding, the promise of Abraham’s offspring being immeasurable really takes on two meanings. On a deeper level, they can not be counted in the sense that the actual number is not relevant since it is the quality and not quantity that really what matters. But on a simple level, it is a promise that the offspring of Abraham will proliferate and grow until they are too numerous to count. Given the deeper meaning that actual size doesn’t matter, why is this literal understanding significant?

This seems to be relevant to a statement in Proverbs which views the number of the Jews as a reflection of the glory of God:

A numerous people is the glory of a king; Without a nation a ruler is ruined. Proverbs 14:28

As The Israel Bible explains:

This verse is frequently understood in reference to Hashem Himself. His glory is increased when the multitudes of His people follow His ways, bringing Him a good name in the eyes of the world. Based on this verse, Jewish tradition teaches that if a person has a choice of houses of worship in which he could pray, it is preferable to worship God in the larger congregation, for “A numerous people is the glory of a king.” The ultimate expression of God’s glory, however, can be learned from its inverse: The greatest disgrace to Hashem’s glory is when the Children of Israel are isolated, scattered and exiled from the land. The greatest glory to the King of Kings, therefore, is the return of the People of Israel to the Land of Israel in large numbers. How fortunate is our generation that has seen millions of Jews from the four corners of the world return en masse to live in Israel, thereby bringing glory to the King of Kings.