How Many People Really Descended to Egypt with Jacob? 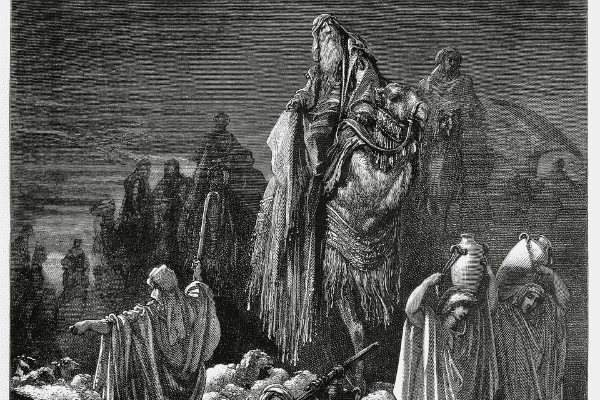 And Yosef's sons who were born to him in Egypt were two in number. Thus the total of Yaakov's household who came to Egypt was seventy persons.

The Torah states three times that seventy people from the house of Jacob went down into Egypt; Genesis 46:27, Exodus 1:1,5, and Deuteronomy 10:22. Genesis specifies that Jacob’s household when he descended into Egypt numbered 70. This includes the two sons of Joseph, Ephraim and Manasseh, who were already living in Egypt, since they are considered to be Jacob’s sons. The Torah does not include Jacob’s wives or concubines in this list nor does it include the wives of his sons. The only daughter included in the list is Dinah and the only granddaughter was Serah.

The number 70 is significant. It is important to note that though 70 people is an impressive family, it is not a nation. Before leaving Israel, Jacob made a sacrifice to God and had a vision in which God promises him that his descendants will be made into a great nation in Egypt.

The Septuagint presents a different version, numbering the household of Jacob as 75. This discrepancy seems to be intentional as it is made twice; Genesis 46:26 and again in Exodus 1:5. The New Testament also cites the number of Jacob’s household as 75, repeating the tradition as recorded in the Septuagint. It is interesting to note that in two of the Dead Sea Scrolls from Qumran, the number given is also 75. Another significant difference is that the Torah only lists Joseph’s two sons whereas the Septuagint lists nine descendants of Joseph.

Though adding the descendants of Ephraim and Menashe would seem to solve the discrepancy, it is problematic chronologically.  At the time when Jacob and his sons descended to Egypt, Manasseh and Ephraim were too young to have children, and certainly grandchildren. Genesis suggests that Joseph married Asenath immediately after his appointment by Pharaoh (Genesis 41:45), and Joseph’s sons were born before the famine (Genesis 41:50). Jacob’s family arrived in Egypt after two years of famine (Genesis 45:6), so Joseph’s sons were less than nine years old at the time of their descent. They could not have had offspring at this age.

In addition, Jochebed, the daughter of Levi, was born in Egypt (Numbers 26:59). It should also be taken into account that Onan and Er, the sons of Judah, died before the immigration to Egypt. 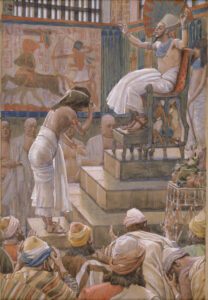 Jacob and family being greeted by Pharaoh after arriving in Egypt

David Nekrutman, the former Executive Director of The Center for Jewish-Christian Understanding and Cooperation (CJCUC), explained his understanding of the discrepancies.

“The question is whether the numbers are given as precise or do they have symbolic significance,” Nekrutman said. “No matter how you calculate the list, it will be either more or less than 70. When the Torah gives the number as 70, it may be an approximation of the actual precise number but that has additional significance in interpretation.”

“When the rabbinic translators of the Septuagint cited the verse in Genesis as being 75 people, they were acting as commentators and not as translators. The Septuagint was widely used by the Jewish people of the time to understand the Bible and became the dominant reading.”