Beersheba: The City Where all Three Patriachs Lived 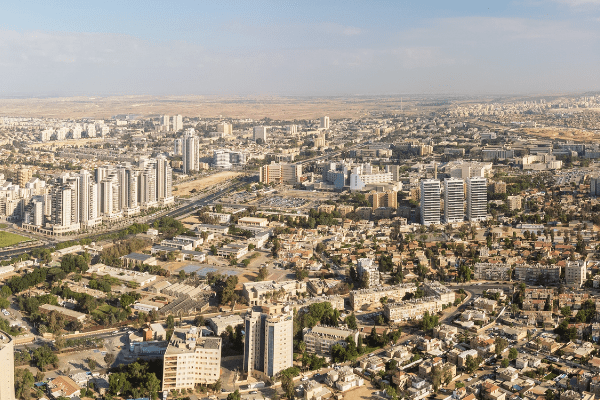 Hence that place was called Be'er Sheva, for there the two of them swore an oath.

Beersheba was the Biblical capital of the southern Negev region. Its name is a bit ambiguous, being made up of the two Hebrew words: Be’er (באר) meaning ‘well’, and the root sheva (שבע), which means both ‘seven’ and ‘oath.’ Thus, Beersheba, or Be’er Sheva in Hebrew, can mean either ‘well of the seven’ or ‘well of the oath.’ This dual-meaning is graphically illustrated in the location’s first appearance in the Bible (Genesis 21) when Abraham made a pact with Abimelech after a dispute over the well. The oath was sealed with a  gift of seven ewes. 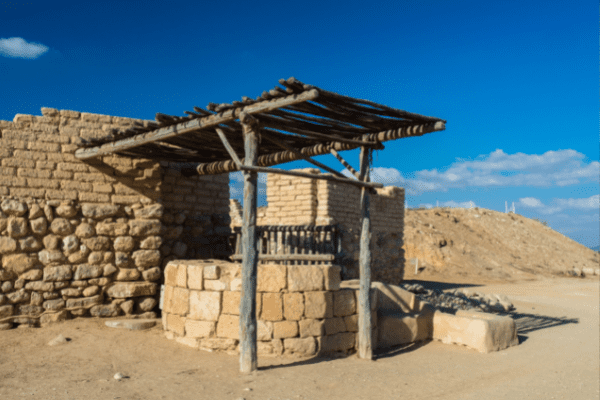 Beersheba is mentioned numerous times in the Bible. It represents the southernmost border of Israel, hence the expression “from Dan [in the north] to Beersheba [in the south],” (Judges 20:1), a distance of approximately 270 miles. The expression, which appears a total of nine times in the Bible, is interesting, perhaps more theoretical than practical, as the Bible specifically states that Israel’s southern border extended to the “river of Egypt” (Genesis 15:18).

In addition, all of the patriarchs visited Beersheba.  Abraham lived and dug a well there. Isaac built an altar there. And Jacob passed through on the way to Bethel and later stops to bring sacrifices there on his way down to Egypt. Many generations later, Samuel’s sons were judges in Beersheba before Saul became the first king of Israel. By the time of the prophet Amos however, who lived during the reign of King Uzziah, Beersheba seems to have become a center of false worship. The prophet warns those who would truly worship the Lord:

Furthermore, the Prophet Elijah set out on his journey to Horeb from Beer-Sheba, the gateway to the desert (I Kings 19:3, 8), and the Jews resettled the city when they returned from Babylon (Nehemiah 11:27, 30)

The tribal affiliation of Beersheba was as ambiguous as its name was. It was allotted to the tribe of Simeon. However, since that tribe had become so closely affiliated with Judah, the towns of Simeon, including Beersheba, also appear among the towns in the “Negev district” of Judah.

In addition to its Biblical importance, the city of Beersheba was strategic in the World War I battle for the Middle East.  The battle for the city was a key part of the British-led campaign against the Ottoman Empire, Germany’s ally. Sitting alongside one of the main routes from Egypt to Palestine, the Biblical wells of Beersheba were essential to the British campaign.  After a three-day trek through the desert, capturing the wells was a do-or-die mission. With British Army issued Bibles in hand, the 4th Light Brigade of Australia and New Zealand Army Corps (ANZAC) launched a desperate mounted cavalry charge against artillery and machine-gun emplacements of the dug-in Ottoman Fourth Army Troops in October 1917. Capturing the city opened up the region to the Allied troops, and just a few days later the Balfour Declaration was issued.

Like it was in Biblical times, Beersheba is still prominent as the capital of the Negev.  28 miles southwest of Hebron and 45 miles southwest of Jerusalem, it is the fourth largest city in modern Israel. Beersheba is home to Ben-Gurion University of the Negev, and also serves as a center for Israel’s high-tech and developing technology industry. In 2005, the archaeological site at Beersheba was registered as UNESCO World Heritage Site.