Are the Israelites Guilty of Stealing the Egyptian’s Gold and Silver? 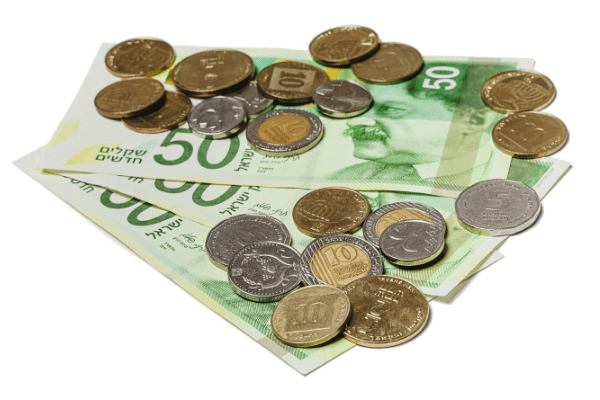 The Israelites had done Moshe' bidding and borrowed from the Egyptians objects of silver and gold, and clothing.

In 2003, about 3,300 years after the Hebrews left Egypt, Nabil Hilmy, dean of the faculty of law at Egypt’s Zagazig University, announced that he was suing the Jews for the gold and silver they took when they left Egypt. Calling the alleged theft the “greatest fraud history has ever known,” Hilmy said that he and a number of Egyptian jurists will sue “the Jews of the world” for these lost treasures, the value of which Hilmy estimates in the trillions of dollars.

No case was ever brought but the threat highlighted the episode in the Bible in which, at the command of God, the Hebrews took the Egyptians’ gold and silver before leaving.

As crazy as this may seem there is a precedent in Jewish tradition for such a case. The Talmud (Sanhedrin 91a) relates how the Egyptians brought a case before Alexander the Great, making a claim against Israel for the gold and silver the Hebrews took out of Egypt. Geviha ben Pesisa defended the Jews, saying that just as the Torah described the ‘theft,’ the Torah also described that 600,000 Hebrew men performed hard labor for the Egyptians for 430 years. The Egyptians had no response. After figuring how much the back wages would cost them, the Egyptians fled. This remuneration may have been hinted at in the commandment to give a “liberal” gift to a slave when setting him free (Deuteronomy15:13–14).

Though it may be true that the back wages were substantial, so were the riches the Hebrews took from Egypt before the Exodus. As Exodus 12:36 notes, Egypt was entirely stripped of its substantial wealth.

Not only was taking Egypt’s wealth commanded by God (Exodus 11:2) but it was also the fulfillment of God’s promise to the Patriarchs (Genesis 15:13-14). The commentator known as the Ibn Ezra notes that even though “borrowing” the gold and silver with no intention of returning it may have seemed dishonest, the Israelites were blameless as it was done at the behest of God.

The commentator known as Rashbam explains that the Hebrew word “ve-yishalu” does not mean that the Israelites “borrowed” the Egyptians’ treasures but rather “requested” them. The Egyptians gladly honored their request in the hopes that the Israelites and their plagues would swiftly leave their land. “They [the Egyptians] were neither forced or deceived by the departing Israelites,” concludes Rashbam. “They gave them gifts in the fullness of heart.”

Rabbeinu Nissim suggested that the reason for this deception was to motivate the Egyptians to give chase to the Hebrews after setting them free, thereby setting them up for the final (and well-deserved) judgment they received at the splitting of the sea. 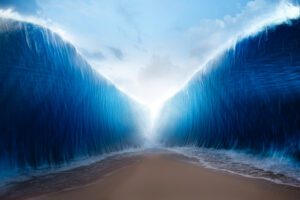 Splitting of the Sea (Shutterstock.com)

Rabbi Jonathan Sacks answered the question by suggesting that God wanted the Israelites to be compensated to reduce their feelings of hatred against the Egyptians after centuries of enslavement. This is further supported by the Biblical prohibition against hating Egyptians (Deuteronomy 23:8).

Whatever reason or method used to get the gold and silver, it had two very different uses. Eventually, the Egyptian wealth was put to good use in the Tabernacle. But before being used in the service of God, the gold was used in the worst way possible; to create the Golden Calf. The Talmud (Berachot 32a) described the dialogue between Moses and God after Israel sinned. 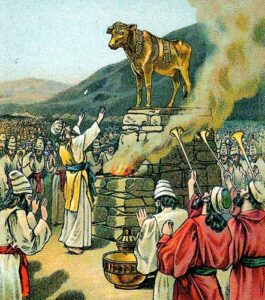 “Master of the Universe,” Moses said. “Because of the gold and silver that you lavished upon Israel during the exodus from Egypt until they said enough [dai]; it was this wealth that caused Israel to make the Golden Calf.”

The Talmud concludes that God eventually conceded this point, acknowledging partial complicity in the sin due to his commanding the Israelites to take the gold and silver, forcing upon them a huge temptation.