Will Heroism Earn You a Promotion? 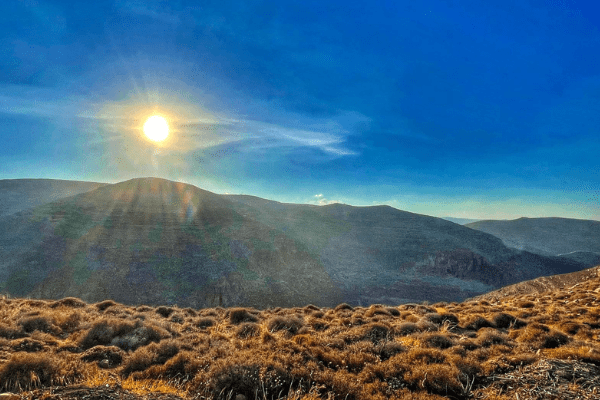 “Pinchas, son of Elazar son of Aharon the Kohen, has turned back My wrath from the Israelites by displaying among them his passion for Me, so that I did not wipe out B'nei Yisrael in My passion.

It has happened to most of us; we do a great job, going above and beyond all expectations. Even more than that, we stand up when no one else was willing to. Our boss compliments us and gives us a certificate of appreciation.

But the next week, when a new position in management opens up, someone else is chosen.

This is exactly what happened to Phinehas. Disaster was narrowly averted when Balaam’s curses were deflected, but the Moabites were not finished with trying to destroy the Jews. The nation of Israel was pulled into grave sin. The Moabite women came to entice the men into idolatry. Even Moses could not save them. A plague ensued, killing 24,000. God instructed Moses to have the ringleaders impaled, but before this happened, Zimri, a prince from the tribe of Simeon, publicly sins with Cozbi, a priestess of Pe’or, in front of the entire camp.

In the most dramatic manner possible, Phinehas picks up his spear and impales the couple. The gory sight convinces the nation to repent and God is appeased.

Hooray for Phinehas! But when God tells Moses that he will not lead the Jews into Israel and he must appoint a successor, Phinehas, so recently praised, is suddenly forgotten, and Joshua is chosen.

What did Phinehas lack to be a leader?

It is true that in the first reading of the Biblical account, Phinehas is exemplary. But the sages are not so kind when describing Phinehas. His claim to fame, after all, was that he brutally killed a man and woman in cold blood and in the heat of the moment. There was no trial and no jury. No warning was given and no testimony was heard. No chance for repentance. This was a dangerous precedent that was not to be the template for the way transgressions should be handled by the emerging nation.

The Jerusalem Talmud (Sanhedrin 9,7) wrote that Phinehas acted against the sages’ opinion. But how was it wrong to save the nation from falling into sin?

The Torah uses an unusual and not entirely positive word to describe his motivations: zealous. Rabbi Baruch Epstein, a 19th century Lithuanian Torah scholar known for his commentary called the Torah Temima, explained the sages’ criticism of Phinehas, focusing on this emotion ascribed to him (Numbers 25:11) :

“Such a deed must be animated by a genuine, unadulterated spirit of zeal to advance the glory of God,” Rabbi Epstein wrote. “In the case of zealotry, who can tell whether the perpetrator is not really prompted by some selfish motive, maintaining that he is doing it for the sake of God, when he has actually committed murder? That was why the sages wished to excommunicate Phinehas, had not the Holy Spirit testified that his zeal for God was genuine”.

Even when acting in the name of God, or for the public good, an act itself must be judged on its own merits. Even if it was justified, was it good?

Indeed, Phinehas was praiseworthy and saved Israel. He deserved to be rewarded. But had he been advanced to the position of leader of Israel, his actions would be setting precedents for the people to follow. As a one-time event, the very public murder was necessary. But if it became the norm, anarchy and destruction would follow. When wandering the wilderness and beset by ruthless enemies seeking to ensnare the people in sin, zealous and impulsive action had a place. But for the leader of the nation in the land of Israel, a different model was required.

Israel suffered a tragic example of zealousness not so long ago. The government of Israel made a decision to give up sections of the country for the questionable promise of ‘peace’ with the resident Arabs. The decision divided the nation and threatened to tear it apart. Terrorism was rampant and many felt their lives were at stake.

One young man cited ‘religious’ reasons to murder Prime Minister Yitzchak Rabin. Was he a modern-day Phinehas or was he a murderer, a Jew who had killed another Jew?

The Israeli court judged him guilty of murder. A society, especially a nation dedicated to serving God, can not tolerate murder in the heat of the moment without a judge and jury.

A man like Phinehas could not lead or guide the nation. His zealousness led him to act as an individual. In that moment in the desert it was the correct way to behave, and so he was rewarded. But it is far too dangerous for society to have individuals acting zealously. And in a nation striving to uphold Torah principles, doing so can have at least the taint of sin, even when done in the name of God.

Zealousness has its place. But zealousness is also intolerant, leaving no room for debate, diversity of opinion, or repentance. These are all things which are necessary for a functioning society, and are all included within the framework set out by God in the Torah.