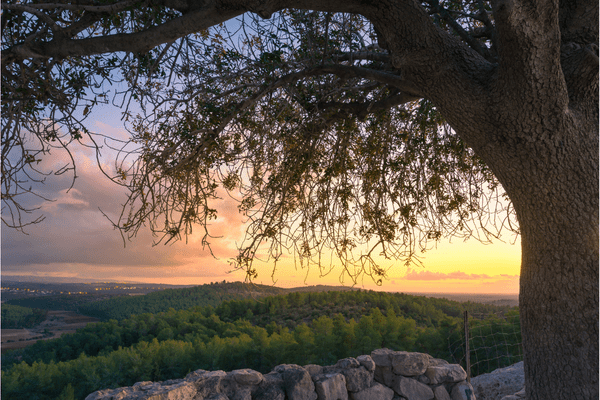 After the death of Yehoshua, the Israelites inquired of Hashem, “Which of us shall be the first to go up against the Canaanites and attack them?”

What is the point of studying the Book of Judges?

Yes, I know this sounds heretical. But it’s a fair question! We live in a modern world that appears, at first glance, to have very little in common with the stories of the Book of Judges.

The Book of Joshua, which immediately precedes the Book of Judges, tells the story of the people of Israel’s first 15 years in the Holy Land, beginning with the miraculous crossing of the Jordan River and culminating with Joshua’s death. The Book of Judges picks up the story after the death of Joshua, covering the next 400 years of Jewish history in a mere 21 chapters.

Sadly, many of the stories follow the same pattern: the people of Israel stray from God, God sends an enemy nation to oppress them, the people cry out to God, and God sends a savior to redeem His people. The Book of Judges tells the story of our ancestors in the Land of Israel, but that all happened thousands of years ago.

So it’s fair to ask: what relevance does this ancient book have to our world today?

The sages explain that every book included in the Hebrew Bible is critically important – for all generations:

“Many prophets arose for Israel, double the number of [the Israelites] who came out of Egypt. But only the prophecies which contained a lesson for future generations was written down, and that which did not contain such a lesson was not written down.” (Talmud Megillah 14a)

Over the course of millenia, hundreds of thousands of prophets prophesied to the people of Israel. Though their prophecies were authentic, the vast majority of their teachings were not written down and included in the Hebrew Bible, for their teachings were only relevant for their own generation. By contrast, any book of prophecy that was included in the Hebrew Bible is, by definition, relevant for all generations – forever!

When the Jewish people first returned to the Land and established the modern State of Israel in 1948, they relived the Book of Joshua. Just as Joshua led the nation in battle against powerful enemies and conquered the Land for the first time, the modern Jewish people overcame great odds in 1948 to conquer the Land. Just as Joshua defeated seven ancient nations that were occupying the Land, the young State of Israel defeated the five Arab nations that sought to destroy the newly created country.

In the Book of Judges, the people of Israel struggled to remain true to God and avoid the dangerous influences of the surrounding pagan cultures. This culture war – between the defenders of tradition and the Bible on the one hand, and dangerous pagan influences on the other hand – is also one of the great struggles in modern Israel!

In the Book of Judges, the twelve tribes of Israel struggled to remain united, even when facing dangerous enemies. This, of course, is also the story of modern Israel; a nation of many “tribes” who struggle to work together, even though Israel constantly faces external threats. The many tribes of modern Israel – religious Jews and secular Jews, Jews from Middle Eastern countries, Russia, Ethiopia and the United States – directly parallel the ancient tribes of Israel. Their struggles are the same struggles we face today.

And just as the Israelites in the Book of Judges faced a wide array of enemy states and internal terrorists, modern Israelis are threatened by dangerous nations like Iran, as well as Palestinian terrorists who threaten to destroy Israel from within.

The Book of Judges is not merely a story about ancient Israel. It is an eternal guidebook that offers essential guidance for the modern Israelites of our own generation. All we must do is study God’s eternal wisdom, and He will show us the way forward!