What Did Moses Actually See When God Showed Him His Back? 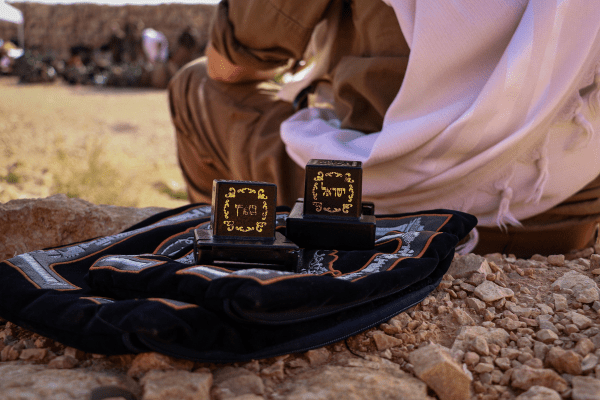 Then I will take My hand away and you will see My back; but My face must not be seen.”

There is no doubt that Moses was close to God, even speaking with Him “face to face, as one man speaks to another” (Exodus 33:11). But Moses wanted even more and requested, “Oh, let me behold Your Presence!” (33:18). God assented to His faithful servant’s request but only to a degree, saying, “you cannot see My face, for man may not see Me and live” (33:20).

This prohibition against seeing the divine countenance may have manifested in Moses himself. After ascending to Sinai and encountering God in a close manner, Moses was required to wear a veil to hide his now radiant face. 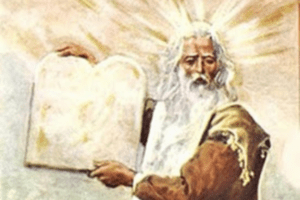 But rather than deny Moses’ request outright, God permitted Moses to see His back (Exodus 33:23). The Talmud adds that in this episode, God allowed Moses to see the knot of His tefillin (phylacteries) that sits at the nape of the neck at the back of the head. This knot forms the letter daled (ד) as part of God’s name Shaddai (שדי), spelled out by different elements of the two tefillin. The precise shape of the knot on God’s tefillin, however, remains a matter of conjecture. 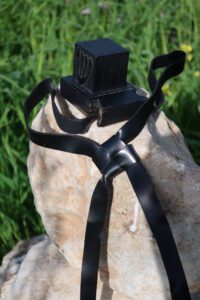 The Talmud further explains that including God’s name in the tefillin are referred to in Deuteronomy:

And all the peoples of the earth shall see that Hashem‘s name is proclaimed over you, and they shall stand in fear of you. Deuteronomy 28:10

The Talmud adds that the tefillin worn by the Jews is the earthly manifestation of God’s tefillin. Putting aside the theologically challenging concept of God having a body, this adds an element to the performance of Biblical commandments, implying that they permit Man to emulate God since He Himself performs the mitzvoth.

And who is like Your people Yisrael, a unique nation on earth, whom Hashem went and redeemed as His people, winning renown for Himself and doing great and marvelous deeds for them [and] for Your land—[driving out] nations and their gods before Your people, whom You redeemed for Yourself from Egypt. II Samuel 7:23

This is consistent with Moses’ request to behold God’s presence, which in Hebrew is stated as k’vodecha (כְּבֹדֶךָ), your honor. Israel’s purpose and essential identity is to honor God.

It is interesting to note that the two boxes that compose a set of tefillin, worn on the arm next to the heart and the head, represent two manners of relating to God; via the heart and via the mind. Ideally, these two aspects are in synch. By revealing to Moses the head tefillin, God was revealing his intellectual relationship with Israel. 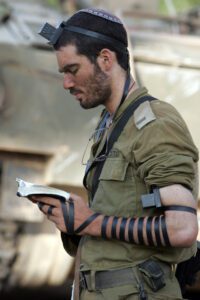 The knot of the head tefillin rests precisely on the Luz bone. The Midrash in Bereishit Raba describes this bone as a minuscule bone from the spine, about the size of a single barley grain, and almost cubic in shape. According to Jewish tradition, it can never be destroyed and receives nourishment from the Melava Malka, the meal eaten on Saturday night after the Sabbath ends.