What can we learn from the daughters of Zelophehad? 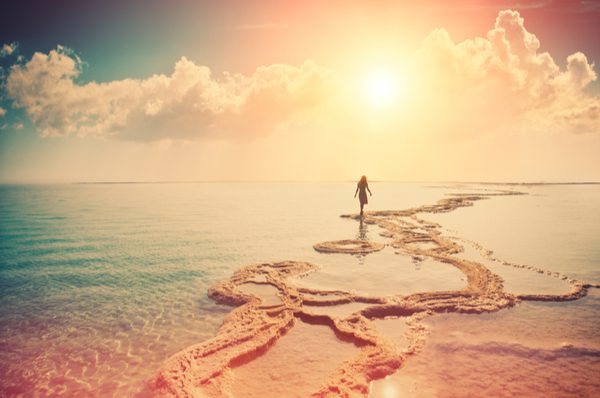 Let not our father's name be lost to his clan just because he had no son! Give us a holding among our father's kinsmen!”

After the plague which God sends to punish the Children of Israel for worshipping Baal-peor (Numbers 25), God instructs Moses to count all of the Israelite men aged 20 and up. They are counted by tribe according to their ancestral houses (Numbers 26:2). After the count, God then tells Moses that the Land of Israel will be divided among the people who had been counted.

During a description of the count, the Torah singles out a man named Zelofehad son of Hepher from the tribe of Manasseh who had no sons but five daughters (Numbers 26:33). The rule of inheritance at the time was that the portions of land were to be passed on to a man’s sons but not his daughters, and therefore the portion of Zelophehad, who had died in the desert on account of a sin that he committed, would not be inherited by his children.

The daughters of the deceased Zelophehad therefore approach Moses with a complaint. Moved by a deep love for the Land of Israel, they protest the fact that if nothing is done their family will forever lose its portion of land. Moses is understanding of their request and brings their case before the Lord, who responds that the women have a just complaint and that, from then on, if a man dies without any sons his property should be inherited by his daughters.

When introducing the five daughters of Zelophehad, Mahlah, Noah, Hoglah, Milcah, and Tirzah, the verse traces their lineage all the way back to Joseph, son of Jacob (Numbers 27:1). The biblical commentator Rashi points out that this is no coincidence, since they were exhibiting the same love for the Promised Land as their forefather Joseph, who made his brothers promise that they would take his remains with them out of Egypt for burial in the Land of Israel. The women are relieved when God clarifies to Moses that in the absence of sons, a man’s land is to be inherited by his daughters.

The passion for Israel exhibited by the daughters of Zelophehad serves as a model for the special role that women have always played in settling the Land of Israel. Two prominent twentieth-century women to epitomize the same characteristics of love and dedication to the Holy Land were Golda Meir and Sarah Herzog.

Golda Meir became Israel’s fourth Prime Minister, and its first female Prime Minister, after having served as labor minister and foreign minister. Former Prime Minister David Ben-Gurion used to refer to her as “the best man in the government,” and she was often portrayed as the “strong-willed, straight-talking, grey-bunned grandmother of the Jewish people.”

Sara Herzog was the wife of former Chief Rabbi Yitzchak Herzog. She helped found the leading hospital for geriatrics and psychiatry in the Middle East, as well as the Jewish women’s organization Emunah, one of the largest social service providers in Israel.

Meir and Herzog are just two examples of women who have exhibited a great love for the Land of Israel and had a significant role in settling it. Their great impact on Israeli society is still evident today, decades after their passing.