The Secret to True Brotherhood 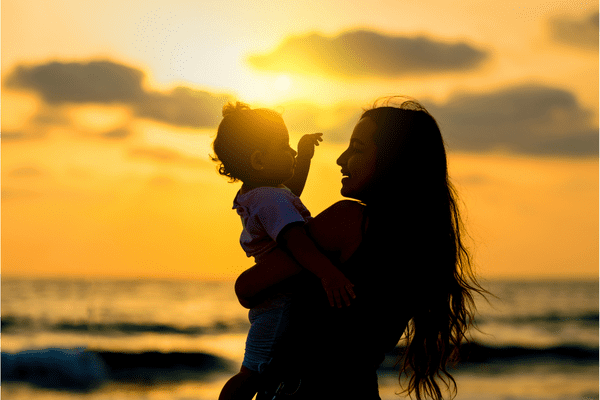 So he blessed them that day, saying, “By you shall Yisrael invoke blessings, saying: Hashem make you like Efraim and Menashe.” Thus he put Efraim before Menashe.

Without a doubt, the sweetest part of the Sabbath is blessing my children. My children are older and no longer live at home. But when we do gather together at the end of a busy week, placing my hands on their bowed heads, invoking God’s blessing on them, and kissing the tops of their heads, brings us together again as a family.

The preamble to blessing my daughter is fairly evident:

“May God make you like Sarah, Rivkah, Rachel, and Leah”

After all, the matriarchs were all amazing role models.

But the preamble before blessing my sons is odd:

Why don’t we bless our sons to be like the patriarchs, Abraham, Isaac, and Jacob? Aren’t they better models? And if we are going to use Ephraim and Manasseh, shouldn’t the blessing be given in descending birth order, i.e. Manasseh the older brother first and then his younger brother Ephraim?

In fact, this opening to the blessing is taken from the Bible itself. When Jacob blesses his grandchildren, Manasseh and Ephraim, he says to them:

“By you shall Israel invoke blessings, saying: God make you like Ephraim and Manasseh.” (Genesis 48:20)

It was Jacob’s idea that we bless our children to be like Ephraim and Manasseh, and he is the one who put the younger brother before the older one. Why?

DISCOVER WHY EPHRAIM WAS PLACED BEFORE MANASSEH

Last Shabbat, I was discussing the Torah portion about the confrontation between Jacob and Joseph in Egypt. I explained that European philosophy and Freudian psychology were based in the Greek archetypal Oedipus complex, that focused on a bizarre love-hate relationship between parents and children. The Bible, or at least the majority of Genesis, however, is focused on intense sibling rivalry. Sibling rivalry exists already with Cain and Abel, and culminates with the sons of Jacob.

Any parent of multiple children can tell you that there is no peace like the peace when your children are getting along. And there is nothing as disturbing as a house full of fighting. The first brothers in the Bible who were not described as being at odds were the sons of Joseph. This is highlighted in the story of the blessing given to them by their grandfather Jacob.

When Joseph arranged for his sons to receive a blessing from their ailing grandfather, he put Manasseh, the firstborn, on Jacob’s right. Jacob, however, switched his hands, resting his right hand on the head of the younger son, Ephriam. When Joseph objected, Jacob responded that his preference for Ephraim is intentional. He, after all, will become greater than Manasseh, and is thus deserving of the greater blessing (Genesis 48:8-20).

The fact that Jacob did this is surprising, especially since he knows first hand what could happen when a younger brother gets the blessing that the older brother seemingly deserves. After all, he stole the blessing from Esau and spent many years of his life running to escape the wrath of his older brother. But Jacob also understood more than anyone that service to God trumps privilege and order of birth.

But what is even more striking about this story is the reaction of Manasseh. Or more to the point, the lack of reaction by Manasseh. Manasseh hears that his younger brother will be greater than him, sees his grandfather give “his” blessing to Ephraim, and does not react. Having Ephraim placed before him does not ignite within him an anger and jealousy like it had for many of the older brothers that had come before him in the Bible. Instead, he accepts it with love.

Manasseh and Ephraim were children who were at peace with one another. What could have been another Biblical tale of sibling rivalry became a story of prophecy, revealing the higher value of love that turned Israel from a collection of warring brothers into a family, and ultimately a nation, bound by respect and devotion.

Ephraim was placed before Manasseh because he was going to be the greater son as Jacob described. But his reaction to this news also reveals the greatness of Manasseh. And perhaps this is the reason why we bless our children to be like Ephraim and Manasseh.

Domestic tranquility is a trite expression that describes one of the greatest blessings a person can receive in his lifetime. When a person puts aside preconceived notions of what they feel they deserve by virtue of birth, when they emulate the love between Ephraim and Manasseh, true brotherhood follows.