The Secret of Joseph’s Coat of Many Colors 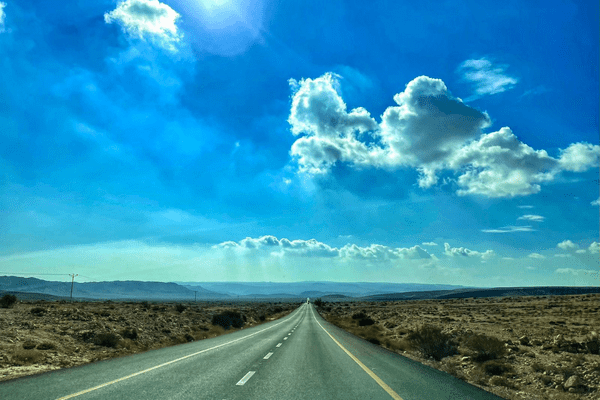 Now Yisrael loved Yosef best of all his sons, for he was the child of his old age; and he had made him an ornamented tunic.

I was the chef at a Jerusalem steak house with a modest reputation for several years. A young man came to the restaurant one day looking for a job. He had just completed a relatively expensive one-year course at a local cooking school but other than that, he needed to gain practical experience. I was satisfied with my crew, who I had personally trained.

I had just about decided that I didn’t need a new cook and was trying to figure out a gentle way to end the interview when he blurted out, “It’s hard for me to believe I’m a chef.”

I decided to give him a trial run. I introduced him to my sous chef.

“Hey Danny, this is the new chef,” I said, emphasizing the title. “He’s going to try out tonight.”

Danny had started out two years earlier with no experience and everything he knew about cooking came from me. And he knew a lot. So he looked at me and nodded once, without a word, understanding the job at hand.

Danny walked him through the setup, never saying a word as the newbie rearranged the station and chatted away about better recipes for the sauces. Customers began filling up the dining room but the orders were still coming in dribs and drabs. As the waiters lined up at the computer to put in their orders, I looked over at Danny and nodded. He smiled.

“Hey, chef,” Danny said. “I’m going back to check on the salad station.”

I almost laughed. We didn’t even have a salad station. David, a former waiter I had grabbed from the dining room, handled salads, side dishes, and desserts, and sometimes showed up on the grill to help plate up dishes.

Half an hour later, the board was full of orders and the new “chef” was barely holding down the panic. His cutting board was a mess and his formerly spotless chef whites were stained from head to toe.

“I gotta…bathroom…cigarette,” he mumbled. “Back in two minutes,” he said as he stumbled past me. The rush wasn’t really much so I had the board cleared out by the time Danny came back to the hot-line.

“Maybe he went back to cooking school,” I suggested. “But for all the time and money he put into it, you would’ve thought they would teach him how to cook.”

I was thinking about this “chef” when I was learning the Torah portion of Vayeishev (Genesis 37:1 – 40:23, The Israel Bible pp. 95-104) which tells much of the Joseph story. Joseph stood up under serious pressure. Alone in a harsh foreign land, he coped with being a slave, stood strong against Potiphar’s wife, and eventually became second only to the Pharaoh. How did he learn to be so tough?

According to Rabbi Yaakov Horowitz, Joseph’s toughness came from the lessons he learned with his father, and was reinforced by his coat of many colors.

The Bible tells us that Joseph was Jacob’s favorite because he was “the child of his old age” (ben zekunim, בֶן־זְקֻנִים) (Gen. 37:3). For this reason, Jacob provided Joseph with an ornamented tunic, decorated with stripes.

The medieval commentator known as Rashi offers a different explanation for the term ben zekunim, suggesting that Joseph was the wisest of Jacob’s sons. Joseph learned his wisdom from Jacob who, in turn, had learned much of his wisdom from his father, Isaac. But, according to the sages, the rest of his wisdom he learned from studying with Shem (the son of Noah) and Eber (Shem’s great-grandson) for 14 years before arriving at Laban’s house in Haran (Megilla 17a). The sages further teach that Jacob taught everything he had learned from Shem and Eber to his son, Joseph (Gen. Rabbah 84:8).

The wisdom of Shem was especially powerful and proved to be invaluable to Joseph. Shem grew up in an era when the Torah was a practical study of how to withstand evil. The generation before the flood was depraved to a degree that has never been matched. When Joseph was sold into slavery in Egypt, it was Shem’s teachings that helped him withstand the influences of paganism and depravity.

The coat of many colors helped to reinforce these teachings. Made of wool, it had an extra measure of insulation. The message of the coat was that the lessons of Shem that Joseph had learned from his father would help insulate him and give him additional protection from the evil found in Egypt. Furthermore, just as the coat was multi-colored, Shem’s teachings were multi-faceted and could hold up under all kinds of attacks and challenges.

We are blessed to live in an era in which education is widely available. But while knowledge can be learned from a book, wisdom is best imparted from a mentor to a student. Knowledge can be passed from one mind to another, but life wisdom passes from heart to heart. Wisdom is earned through life experience. Knowledge gives you tools, but wisdom teaches the difference between good and evil and also teaches how to withstand evil.

So even when Joseph’s coat was torn off his back, the wisdom that his father imparted to him remained in his heart and protected him through the many challenges he faced in Egypt.