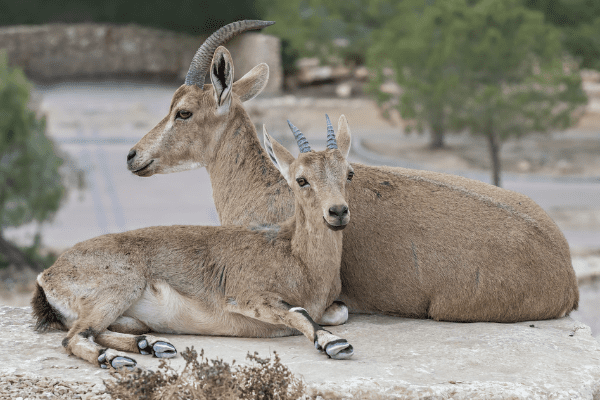 However, no animal from the herd or from the flock shall be slaughtered on the same day with its young.

The Torah contains many commandments pertaining to eating animals; which animals are permitted and how to slaughter them. In the context of verses pertaining to Temple offerings, the Torah adds the prohibition against slaughtering an animal and its offspring on the same day.

However, no animal from the herd or from the flock shall be slaughtered on the same day with its young. Leviticus 22:28

This verse pertains to four-legged animals as it specifies “herd” and “flock”. The commandment is preceded by the instruction that a calf or lamb is only acceptable for sacrifice from the eighth day of its life (22:26).

Rabbi Obadiah of Bertinoro (15th century Italy) understood the prohibition to apply to both mother or father of the offspring. Rashi argued that the prohibition only applies to the mother. The Shulchan Aruch (the code of Jewish law) rules that it is uncertain whether the father is included, and therefore one must not slaughter the father with its offspring. All commentaries understand the prohibition as applying to offspring of either gender.

The Talmud discusses this prohibition, noting that it applies to slaughtering animals for the Temple service as well as for personal consumption. It goes on to add that the prohibition applies even if the animals are slaughtered by two separate owners in separate locations. The “day” in question is defined as running from evening to evening. Therefore, one could permissibly slaughter an animal in the late afternoon, and its offspring shortly afterward at nighttime.

It is interesting to note that the Temple Scroll found among the Dead Sea scrolls contains a similar prohibition:

And an ox or a lamb with its offspring you may not slaughter at the same time. And you shall not strike the mother with her offspring.

Some interpretations of this verse in the Dead Sea scrolls understand it to prohibit the slaughtering of a pregnant animal. Jewish law does, in fact, permit the slaughtering of a pregnant animal. Anything that is inside an animal at the point of slaughter is considered an organ of the animal. Therefore, if a mother was pregnant when slaughtered and a live offspring is removed, the offspring is considered a part of the mother. If the mother was slaughtered in adherence to shechita (ritual slaughter), then the offspring, referred to as a ben pekuah, is deemed already to have undergone ritual slaughter, and may therefore be theoretically slaughtered for human consumption without adhering to the laws of shechita. According to rabbinic law, if the animal is killed immediately there is no need to perform shechita. However, if the animal has started to walk it must be killed with shechita, but the animal’s meat remains kosher even if the slaughter fails to conform fully to the regular requirements

Deuteronomy mandates a similar prohibition pertaining to birds (Deuteronomy 22:6-7) which will be discussed in its due time.

According to Ramban (Nahmanides), the purpose of this prohibition is to keep us from becoming mean-spirited and ingrain within us the attribute of mercy. Though the Torah does allow us to kill animals in certain circumstances, it must be done with sensitivity. Killing a mother and her child on the same day, however, would be cruel and therefore forbidden.

Furthermore, similar to what he says about crossbreeding, Ramban suggests that the Torah mandates that Man avoid any action that suggests the extermination of a species. The existent species, created by God, represents the perfection of His creation and is therefore meant to be perpetuated. Killing two generations on the same day is symbolically like destroying a species, and therefore the Torah prohibits us from doing so.