The Peace Offering in the City of Peace 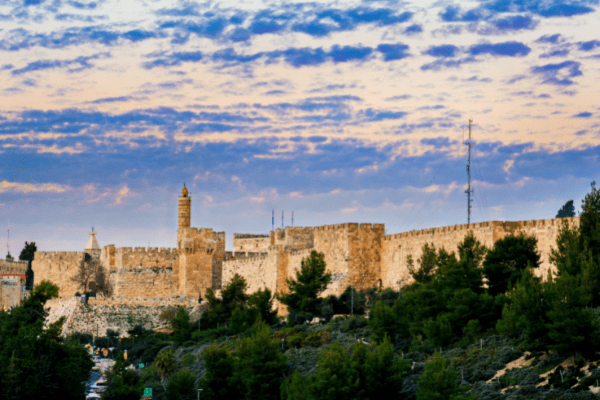 If his offering is a sacrifice of well-being—If he offers of the herd, whether a male or a female, he shall bring before Hashem one without blemish.

People who are unfamiliar with the Bible think that a sacrifice is an unspecified animal that is slaughtered haphazardly and thrown into a blazing fire to be burnt entirely. But the book of Vayikra (Leviticus) is incredibly specific, describing a variety of sacrifices that range from the olah (burnt offering) that is burned completely and not eaten at all, to the mincha (meal offering), chatat (sin offering), asham (guilt offering) which were partially burned and partially eaten by the priests, and the shelamim (peace offering) that was partially burned, and the rest was divided between the priests, who ate near the altar, and the individual who ate it anywhere in Jerusalem.

Ironically, shelamim, usually translated as ‘peace’, literally means ‘whole,’ yet the sacrifice is not entirely burned. The word for ‘peace’ (shalom) is derived from the word ‘complete’ (shalem). The Israel Bible translates shelamim as a well-being offering.

The shelamim offering was accompanied by a mincha (meal offering). The Torah teaches that a person who offers a shelamim is allowed to eat from it for two days and the night in between. The meat is consumed in Jerusalem but may not be removed from the city. This differs from mincha (grain), asham (guilt), and chatat (sin) offerings which are eaten only in the Temple courtyard. The shelamim must also be eaten in a state of purity. 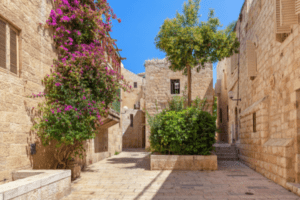 A street in the Old City of Jerusalem (Shutterstock.com)

The sacrifice of well-being is often called the ‘peace-offering’ based on its Hebrew name, korban sh’lamim (קרבן שלמים), which comes from the Hebrew word shalom (שלום), ‘peace.’ According to Jewish tradition, it is so called because the korban sh’lamim symbolizes peace and unity, as it is the only offering that is shared by everyone involved: Hashem (referring to the portions consumed on the altar), the priest and the owner of the sacrifice. It is perhaps not a coincidence that it is also the only offering that is not restricted to the Beit Hamikdash, but may be eaten anywhere in the city of Yerushalayim. Yerushalayim, the Hebrew name for Jerusalem, also has the word shalom at its root. It is known as the eer shel shalom (עיר של שלום), ‘city of peace.’ We pray for the time when peace and unity, symbolized by the korban sh’lamim, will return to Jerusalem, and to all of Israel.

The Rashbam offers an entirely different explanation for the name. Based on the verb l’shalem (to pay), the Rashbam explained that the shelamim offering is tied to the payment of a vow that a person has taken upon himself.

The shelamim is clearly not an atonement or brought out of obligation, but rather was a voluntary offering. This is emphasized by the description in Deuteronomy which states that the sacrifice was brought as an expression of joy:

And you shall sacrifice there offerings of well-being and eat them, rejoicing before Hashem your God. Deuteronomy 27:7

One commentary explains that it is brought in appreciation of a miracle, as a means to tell the story of God’s kindness with which He graced you.

This joy was graphically illustrated in the shelamim offered at the coronation of King Saul:

So all the people went to Gilgal, and there at Gilgal they declared Shaul king before Hashem. They offered sacrifices of well-being there before Hashem; and Shaul and all the men of Yisrael held a great celebration there. I Samuel 11:15

In most respects, the Passover sacrifice conforms to the laws of the shelamim, implying that the Pascal lamb is a well-being offering of thanksgiving specifically for the miraculous Exodus from Egypt.