The Month of Cheshvan: Bitter or Exalted? 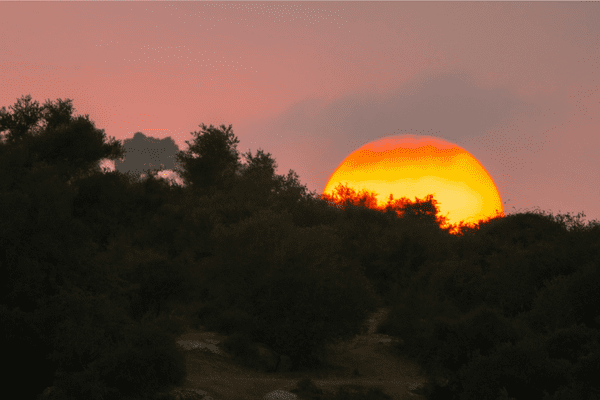 darkness is not dark for You; night is as light as day; darkness and light are the same.

When I first began learning in yeshiva (school for Torah learning), one of my rabbis told me that being a religious Jew was a form of insanity. This helped explain the strange hairstyles with wild earlocks, the strings hanging out of my shirt, and even prayer which looked a lot like talking to myself a bit more intensely than was socially acceptable. He joked that a sane person would have set up an annual calendar with the holidays evenly spaced since they require quite a bit of preparation. Putting Rosh Hashana (Jewish New Year), Yom Kippur (Day of Atonement), Sukkot (Feast of Tabernacles), an Shemini Atzeret (Eight Day of Assembly) within a few weeks of each other is crazy!

Ater the frenzy of the holidays, as I rush to take apart my Sukkah (temporary dwelling), I automatically begin planning the next holiday in my head. Until I remember that there isn’t one. Between Sukkot and Hanukkah is an almost two-month long respite with no holidays. While the Hebrew month of Tishrei is almost entirely composed of holidays, the following month, Cheshvan, which begins today, contains none.

The sages referred to the month not as Cheshvan, but Mar-Cheshvan, which translates as bitter Cheshvan. Why would they call the month by this name?

Compared to Tishrei, Cheshvan is barren, hinting at the upcoming winter season. It contains no holiday, commemorative event, or fast day. Many suggest that it is for this reason that the month is called Mar-Cheshvan (bitter Cheshvan). Following the festive holiday season that precedes it, Cheshvan can feel like it is lacking.

Though it contains no special days, there were a number of significant events that took place during this month. Jewish tradition teaches that the flood of Noah began on the 17th day of Cheshvan, and Noah exited the arc exactly one year later. The matriarch Rachel passed away in the month of Cheshvan. And the First Temple, built by King Solomon, was completed during the month of Cheshvan (the month known as Bul’; see I Kings 6:38], however, through Divine inspiration King Solomon knew that he was not to dedicate it until the following Tishrei.

The sages teach that while Cheshvan was passed over at the time of the First Temple, God promised to repay it in the future with the dedication ceremony of the Third Temple. For this reason, some people actually refer to this month as Ram (exalted) Cheshvan. The word Ram is made up of the same letters as Mar (bitter), only they are inverted.

Rabbi Shlomo Carlebach teaches that the month of Cheshvan has so much potential because of the nature of prayer in this month. During Tishrei, when we are surrounded by the holiness of all the holidays, it is easy to find the incentive and inspiration to pray. But what happens when all the holidays are over and it’s back to our ordinary routines? During the month of Cheshvan there is a danger of falling back into our old ways. Though we may have been moved by the experience of Tishrei, if the praying and spiritual service of Tishrei did not touch us deeply enough, we fall back into the same old habits as before. This would, indeed, be very bitter. If we can actually manifest the changes we set as our goals, and keep praying with the at least some of the same commitment and intensity that we did during the High Holiday season, then we turn a potentially bitter month into an exalted one.

“When the soul is aglow, even gloomy skies shine with a pleasant light.”

During this month, the skies become gray and it begins to rain. The holidays are over. The thought of routine that lies ahead can make us a little sad or even depressed. This is the bitterness of the month of Cheshvan. But Rabbi Kook teaches us that if our inner souls are aglow, the gloomy skies both outside and within ourselves will disappear.

we do not need to look outside in order to decide how to feel inside. We are meant to experience joy within ourselves. If we look at reality with a happy, shiny disposition, reality will shine back on us in return.

If we do this successfully, then a potentially Mar (bitter) Cheshvan will become Ram (exalted).