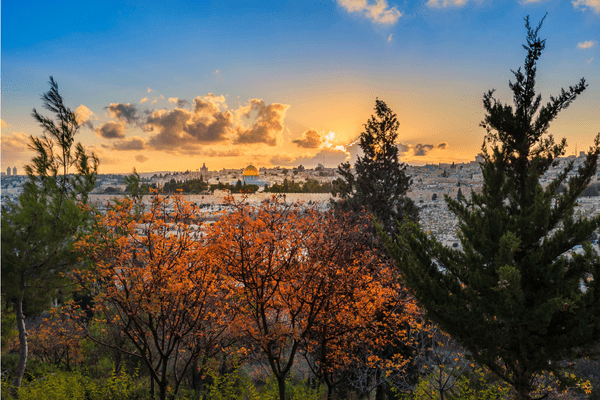 When he saw that he had not prevailed against him, he wrenched Yaakov's hip at its socket, so that the socket of his hip was strained as he wrestled with him.

Babies are, for the most part, born perfect. Their skin is pearly smooth and everything is pristine and in it’s right place, except for their teeth. I remember that when my children were small, I would wake them up by counting their toes, explaining that I wanted to make sure they didn’t leave any behind in their dreams.

But by the time we leave the world, our bodies bear the signs of where we have been. Most people can go over their bodies and relate the story behind every scar they have. Our hair has changed as have our teeth. Lines in our skin and various other marks bear witness to how we have lived. I have a crooked thumb that reminds me of a reserve duty I served in the IDF 25 years ago.

Jacob’s encounter with an angel before confronting Esau leaves him scarred and limping. This encounter has changed him physically, but it has also changed him in such an essential manner that God gives him a new name. It is fascinating that the Jews were given an eternal commandment to commemorate this encounter.

Why do we commemorate Jacob’s encounter with the angel by refraining from eating thigh muscle?

Jacob wrestles with the angel who, in desperation, grabs Jacob by the hip, crippling him (Gen. 32:26).The angel then blesses Jacob with a new name that glorifies the part of his nature that enables him to battle both man and God and prevail (Gen. 32:29). This episode concludes a commandment to refrain from eating the sinew in the hips of animals, in order to commemorate Jacob’s conflict with the angel.

The Torah refers to this sinew as the gid hanashe (גִּיד הַנָּשֶׁה). To this day, Jews refrain from eating the sciatic nerve, found in the hindquarters of kosher animals, and remove it in a complicated butchering process called nikur.

On a simple level, this command is relatively straightforward. But the commentators have delved into its inner meanings.

In Genesis (1:27), God states that he created man in His image. Since God does not have a corporeal body, what can this mean? Our sages teach that there are 613 commandments that are divided into 248 positive precepts and 365 prohibitions. According to our sages, the human body is divided into 248 organs and 365 sinews. Our sages teach that the 248 limbs correspond to the 248 positive precepts, and the 365 sinews correspond to the 365 prohibitions. Each commandment pairs with a specific limb or sinew.

This is hinted at in the Book of Job which states:

But I would behold Hashem while still in my flesh, Job 19:26

By creating our bodies in way that parallels the number of commandments in His Torah, God was creating us in His image.

The Zohar, a foundational work in the area of Jewish mystical thought known as Kabbalah, takes this one step further and correlates the 365 sinews to the 365 days of the year. The Zohar explains that the gid hanashe corresponds to Tisha B’Av, the Ninth of Av, the day which commemorates the destruction of both Jewish Temples in Jerusalem.

It is interesting to note that Jacob fought with the ministering angel of Esau, the patriarch of Edom. And it was Rome, the leader of Edom, that destroyed the Second Temple. This was foreshadowed when the angel of Esau attacked Jacob’s gid hanashe.

Though the Temple is the focus of the conflict between Edom and Israel, which culminated in the destruction of the Temple by Edom, Jacob hints at the resolution of the conflict at the end of his encounter with Esau. After their reconciliation, Esau suggests that they travel together (Genesis 33:12). Jacob demurs, claiming that the children and young animals prevent this. He promises to meet Esau at Seir. But Jacob sets out for Sukkoth, an entirely different location.

The name of Jacob’s destination hints at the holiday of Sukkot (Feast of Tabernacles), in which the 70 nations of the world come to Jerusalem to serve God alongside the nation of Israel. This effectively turns the point of conflict between Esau and Jacob, the Temple, as represented by the gid hanashe, into a source of peace and mutual praise of God.