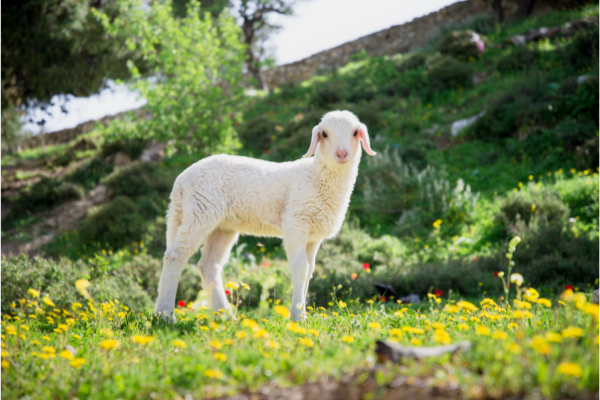 Speak to the whole community of Yisrael and say that on the tenth of this month each of them shall take a lamb to a family, a lamb to a household.

The Shabbat that precedes Pesach (Passover) is called ‘Shabbat HaGadol’ (the big/great Sabbath). There are several reasons for this.

According to Jewish tradition, the first Shabbat HaGadol was the last Shabbat that the Jews were in Egypt. This fell on the tenth of Nissan, five days before their redemption. On that day, the Children of Israel were given their first commandment which applied only to that Shabbat, but not to future generations:

Speak to the whole community of Yisrael and say that on the tenth of this month each of them shall take a lamb to a family, a lamb to a household. Exodus 12:3

Taking the lamb was a great show of faith as the lamb was an Egyptian deity. After 210 years of slavery, some Jews had adopted Egyptian idolatry. Taking in the lamb in preparation for the Passover offering required the Jews to abandon this idolatry while boldly displaying their contempt for the Egyptians. For this reason, the Shabbat is called ‘gadol’; for the great display of faith.

The Midrash Rabbah states that when the Jewish people set aside their paschal lamb on that Shabbat, the first-born Egyptians gathered near the Israelites and asked them why they were doing this. They answered, “This is a Passover offering to God who will kill the firstborn Egyptians.” The firstborns went to their fathers and to Pharaoh to request that they send the Jewish people free but they refused. The firstborns then waged a war against them and many of the Egyptians were killed. This is the meaning of the verse:

Who struck Egypt through its firstborn; for His kindness is eternal Psalms 136:10

It is customary on this Sabbath for the sermon in the synagogue to be especially long and auspicious, adding to the meaning of the description ‘gadol’. This sermon frequently deals with the laws of the upcoming holiday.

There is also a custom to read the Haggadah (the guidebook for the seder ritual) in the afternoon to familiarize the people with its contents. 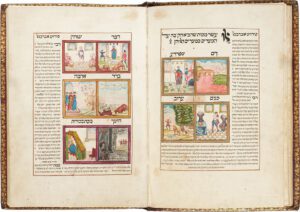 A page from the Braginsky Leipnik Haggadah published in 1739

A special haftarah (additional reading from the Prophets) is read on Shabbat HaGadol from the Book of Malachi (3:4-24). This includes the verse:

Be mindful of the Teaching of My servant Moshe, whom I charged at Horeb with laws and rules for all Yisrael. Lo, I will send the Navi Eliyahu to you before the coming of the awesome (gadol), fearful day of Hashem. Malachi 3:22-23

Apropos to Shabbat HaGadol, this section refers to the Exodus while describing a day in the future that is “gadol”. The final redemption will be patterned after the redemption from Egypt and, like the Exodus, will begin in the month of Nissan.