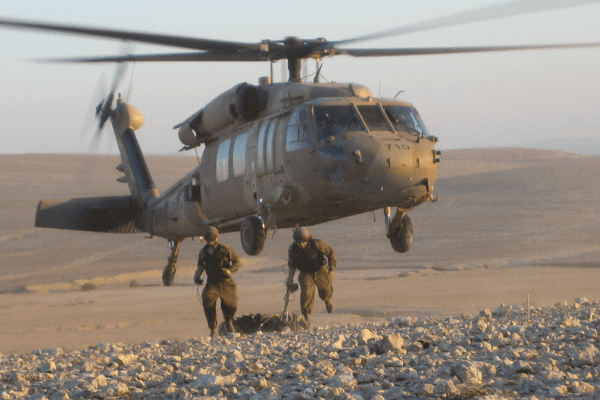 He tended them with blameless heart; with skillful hands he led them.

Government is the biggest business in the United States today, with a recent estimate claiming that over half a million politicians are actively involved in running the country’s local and federal governments. But how many of these politicians are “leaders”? What makes a true leader? Can anyone be a leader?

The Bible addresses this question time and time again, bringing shining examples of true leaders who guide the people to greatness as well as those who don’t.

The Book of Numbers describes a popular rebellion led by Korah, the first cousin of Moses and Aaron. Together with 250 distinguished leaders of Israel, Korah challenged Moses and Aaron’s right to rule, claiming that all of the people of Israel are equally holy. How dare Moses and Aaron raise themselves above the nation and presume the right to rule?

Korah’s arguments are frequently repeated throughout history, from the American Revolution to the French Revolution – sometimes for good and sometimes with disastrous consequences.

What makes a revolutionary a true leader like George Washington – or a despot like Lenin or Hitler? What was the difference between Korah and Moses? Why did one continue to lead the Jews for 40 years at the behest of God while the other was swallowed up by the earth?

Korah confronted Moses with claims that resonated with the masses. He reminded Moses that every Israelite had witnessed the miracles at Mt. Sinai – every Israelite is holy! As opposed to Moses, who often chastised the nation, Korah spoke repeatedly of the greatness of the people. Everyone is holy, everyone is wonderful, and everyone is perfect! There is nothing that needs improvement.

Korah’s words surely made him popular. The people must have been thrilled to hear him speak of their greatness! Moses was so frequently the source of criticism and rebuke. In fact, Moses had only recently told the people that because of the sin of the spies, they were condemned to wander for the next 40 years in the wilderness!

Then along came Korah, literally praising them to the Heavens. It’s fun to hear compliments, much less fun to hear criticism. If opinion polls had existed in the wilderness, Korah’s ratings would have soared.

Korah surely knew this; it was part of his plan! He sought popular support against Moses and Aaron.

This is the tactic of a politician when confronting a true leader. Korah, the politician, made the people feel good about themselves. Whereas Moses constantly reminded the people of their obligations to God, Korah, like a true politician, spoke about the people’s rights.

When Moses spoke to the people about holiness, he didn’t give a feel-good message that they were already holy. He challenged them, saying, “You shall be holy, for I, HaShem your God, am holy.” (Leviticus 19:2). Remaining with Moses meant hard work, painful introspection leading to self-improvement, and following a leader who would relentlessly point out their faults when they failed to serve God faithfully.

But according to Korah, the politician, the people could rest on their laurels and bask in their self-serving sense of personal holiness. All they had to do to earn this was to pay fealty to Korah and make him their leader.

Moses was a true leader. After the Sin of the Golden Calf and again after the sin of the Spies, Moses stood up to God Himself to defend the people. And when the people turned on him, Moses led them back to the service of God and continued to lead them. It had nothing to do with popularity or power. Moses’ service was all about the people of Israel and the God of Israel.

Rabbi Hagai London writes: “Korach was the hero of the hour. His ratings and the spirit of the times were on his side. He had followers and admirers and the media embraced him as a brave man who fought against fossilized tradition. We read about him every year and are reminded of an important rule: a lie persists for a time, but not forever. Today we are still astonished to sometimes see how popular views based on lies and hypocrisy win, at least for the moment; it’s enough to see the world’s relationship with Israel as opposed to its relationship with her enemies. Every adult individual can talk about how medical, economic, and cultural lies – that rattled all of humanity at the time – eventually disappeared without a whimper. Sometimes it takes years, sometimes as in the case of Korach, the lie is swallowed up in the earth within a short time. But from an eternal perspective, good always triumphs.”

I am sure the reader can think of many examples of politicians who were the darlings of the media, pretty faces saying pretty words that may or may not have been true. To retain their popularity at the polls, politicians make the people feel good about themselves and tell them about their rights.

But a true leader like Moses often bears a more difficult, less pleasant message, urging the people to improve – telling it like it is.

Politicians like Korah disappear as easily as they appear. But leaders like Moses, guiding people with the glaring light of truth, have a lasting effect.