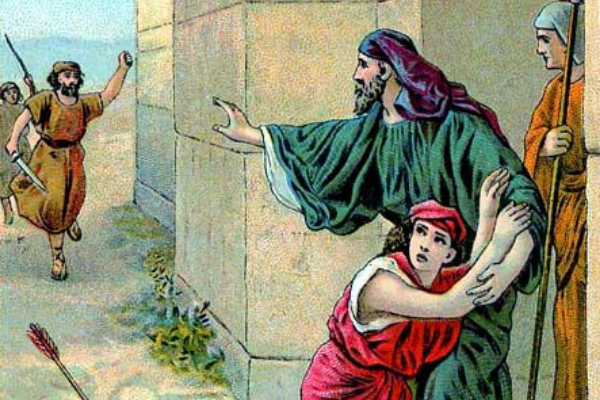 He who fatally strikes a man shall be put to death.

In the Book of Exodus, directly after God presented the Ten Commandments to the Hebrews which explicitly prohibit murder, the Torah restates the rule but adds an exception:

He who fatally strikes a man shall be put to death. If he did not do it by design, but it came about by an act of Hashem, I will assign you a place to which he can flee. Exodus 21:12-13

It should be noted that the fifth commandment succinctly prohibits murder with two words lo tirtzach (לֹא תִּרְצָח). The specific word used for murder is tirtzach (תִּרְצָח). The verses in chapter 21 do not use the word ‘murder,’ rather describe the cause, the effect, the implied intent, and the punishment. Though the first case seems to be intentional and, therefore, murder, the second case would more accurately be translated as manslaughter.

Torah law is vastly different from secular law and does not mandate prison terms. The punishment for murder is, in every case, death. Manslaughter, on the other hand, does not have a punishment. The person who committed manslaughter is required to flee to a city of refuge, evading the avenger of the deceased’s blood. The killer remains in the city of refuge until he stands trial. If the judges conclude that the killing was unintentional, a consequence of carelessness and not premeditated, then the killer is returned to the city of refuge where he must remain until the death of the High Priest. There he lives safely out of the reach of the avenger, and the violence is terminated. If, however, the killer is found guilty of murder, he is handed over to the avenger and put to death. 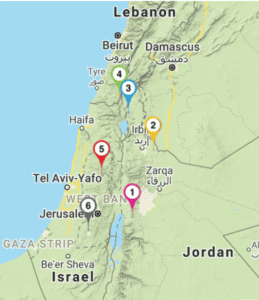 The term for avenger, goel, literally means ‘a redeemer.’ Goel  is used in other contexts in the Bible and refers to a relative, i.e. someone who will redeem a field in order to retain it for the tribe/family, or will redeem a relative from slavery. In the context of an unintentional killing, the avenger is not acting in revenge but is ‘redeeming’ something that was lost to the family.

It must be understood that from a Torah perspective, both the punishment, and even death by the goel, are a necessary tikkun, or fixing of something. The death sentence is a necessary element in the process of the repentance (teshuvah) of the murderer. This was implicit in the reference to murder in Genesis:

Whoever sheds the blood of man, By man shall his blood be shed; For in His image Did Hashem make man. Genesis 9:6

The earliest example of murder in the Bible is when Cain kills his brother Abel. As a result God banishes him, a punishment he found unbearable. The Israel Bible explained:

The Hebrew for ‘ceaseless wanderer’ in this verse is na v’nad (נע ונד). Rabbi Samson Raphael Hirsch distinguishes the word na (נע) from nad (נד). Na refers to a wanderer who can find no physical resting place on Earth, whereas a nad is a wanderer whose connection to mankind has been severed. Cain’s punishment isolated him from the land as well as from all of mankind; he was cursed with an inability to find a homeland or a society, and subsequently his sin was too much to bear. The privilege of living in a homeland among a society of people who share a common lineage is no small matter. The return of Jewish sovereignty to its biblical homeland in our time, after thousands of years of exile, is truly a mark of God’s hand in this world.

Similarly, the city of refuge served not only as protection from the avenger, but was also a minimal form of punishment; the time spent there is described as exile. The person may not leave or return home. The killer was at least partially culpable for not taking enough care in his actions.

Shockingly, the verse (Exodus 21:13) explicitly states that the unintentional manslaughter was literally an act of God. In that regard, the term of punishment is also divinely dictated as it ends when God decides that the High Priest will die,a sign that his term of teshuvah is complete.

It is interesting to note that the Mishna relates that the mother of the High Priest would provide special food to the cities of refuge so that the exiled killers would refrain from praying for the death of her son.

In addition to the city of refuge, an unintentional killer could seek refuge by grasping the horns of the altar in the Temple. But the altar was not to be used as refuge for a person who committed premeditated murder and should he run to the altar he must be removed. 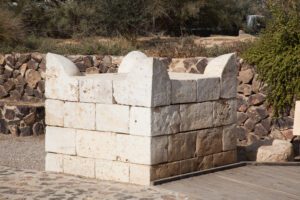 A model of a four-horned altar in Beersheba

The six cities of refuge are all cities that were designated for Levites (Numbers Chapter 35:6). This might also have been a further tikkun for the killer. Levi, the father of the Levites, murdered the men of Shechem. The tribe was designated to serve in the Temple after they killed the Israelites who took part in the sin of the Golden Calf. Even Moses, a Levite, was forced into exile after killing an Egyptian taskmaster. The Levites were experts in how to do repentance over spilling blood.