The Continuous Flame on the Altar and in Our Hearts 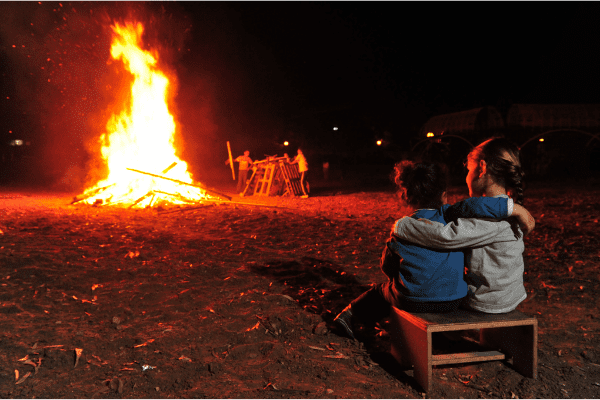 A perpetual fire shall be kept burning on the mizbayach, not to go out.

The altar in the Tabernacle was, of course, for burning the sacrifices, but the Torah commanded that the fire be kept burning constantly, night and day, regardless of whether or not there was a sacrifice to burn. The Jerusalem Talmud (Yoma 4:6) explains that special pains were taken to ensure that under no circumstances would this fire go out for even one moment: 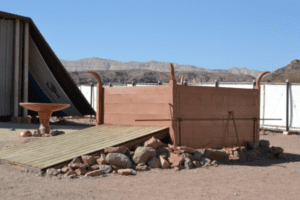 Model of the altar at Timna Park

This fire was the focus of many miracles.

The fire on the altar burns continuously and is never extinguished. Although the priests were commanded to add two pieces of wood to the fire twice daily, the fire on the mizbayach remained burning miraculously, lit by a heavenly fire. The Sages (Ethics of the Fathers 5:5) list this as one of ten miracles experienced each day in the Beit Hamikdash. The continual flame serves as a reminder of Hashem’s constant presence among the People of Israel. While there is no longer a Temple nor an Altar, God’s everlasting presence is signified today by hanging an eternal light above the ark in every synagogue, a reminder of the eternal flame first mentioned in this verse.

The source for this is the Talmud (Eruvin 63a) which states: “Although a fire descended from heaven upon the altar, it is a mitzvah (commandment) to add to it a humanly produced fire.”

Hassidut teaches that this is a rule that applies to all areas of life: the gifts of life are bestowed upon us from Above, yet it is G‑d’s desire that we add to them the product of our own initiative.

In the Temple, a chamber in the “Women’s Courtyard,” called Lishkat Ha’eitzim, was used to store wood that was used for the altar. Although any type of wood was acceptable for use, typically fig, walnut, and pine were used. In addition, the sages didn’t allow wood from olive trees or grapevines because the economy depended on them, and they created too much smoke when burned. It was in this chamber that elderly priests, and priests otherwise unfit for the Temple service, would examine the wood for worms. If any were found, the wood would be deemed unfit for Temple use. Rotting wood would also be disposed of.

The Talmud relates that one time the priests were sitting and sorting wood in this chamber when one of them noticed that a floor tile was loose. He realized that this led to the secret tunnel in which the Holy Ark was hidden. The priest, who had discovered the hidden place of the Ark, sought to crack open the tile with his ax when suddenly fire issued forth and consumed him. This was taken as an omen that the Ark should remain hidden. 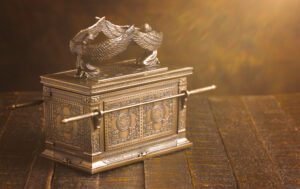 A model of the Ark of the Covenant (Shutterstock.com)

Rabbi Avraham Kook (1865-1935), who was chief rabbi of Palestine during the British Mandate, wrote that just as there was a physical fire in the Tabernacle and Temple, so too, there is a spiritual fire in the heart of every Jew. Like in the Temple of old, this fire will never go out. There is a spark of holiness in the soul of every Jew, no matter how far they are removed from a connection to Jewish life. He added that just as the fire on the altar was used to light additional fires for the next day, the fire that is in our hearts can help others (including future generations) serve God.