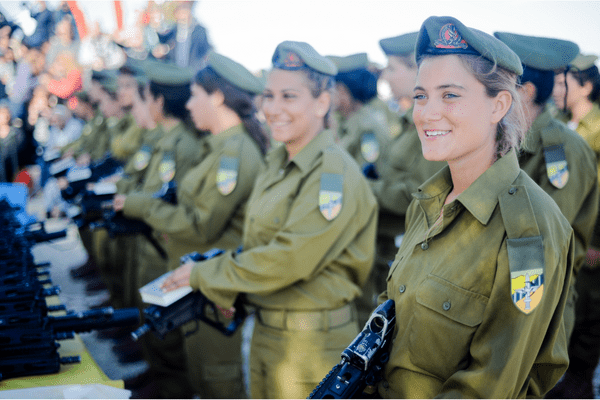 Happy is the man who has not followed the counsel of the wicked, or taken the path of sinners, or joined the company of the insolent;

Much has been written about the first Psalm.  Rav Yudan, a fourth century Palestinian scholar, considered it “the choicest of all Psalms.”  That being said, it is incumbent upon us to understand the uniqueness of this poem, and why King David began his composition with the motifs expressed by this chapter.

Psalm 1 begins with a series of praises concerning ‘a man,’ who does not blindly follow the attractive path of the evildoers.  However, we immediately notice some inconsistencies:

In order to answer these questions, we we should ask ourselves for whom the Psalms were composed.  One might assume that they were written for the scholar, the righteous individual who studied the words of Torah day and night.  But is that assumption entirely correct?  In fact, psalms were most often sung, not recited, and it is quite plausible that singing them was a means of allowing the populace at large to enjoy and partake in the words of the Bible.

Right from the start, then, we are introduced to the intended audience.  “Happy is the person…” — the average man on the street.  It is within his world that the day-to-day battle of good and evil takes place; it is for him that King David writes his words and experiences; it is that man who will ultimately internalize these words in order to achieve spiritual growth.

Perhaps this is the reason why the introductory phrase “Mizmor Le-David“, which appears often in the Psalms and introduces the author of the Psalms as David, is conspicuously absent in the introductory message.  If it were to begin with the name KING DAVID, the average individual would perhaps disregard the book, feeling inadequate to the task, and thus miss out on its important message.

Through his ‘anonymity,’ David is emphasizing that he is not part of the ‘righteous’ either and that his poetry – his emotions and experiences – can and should be experienced by ALL.  The book is about ‘a man,’ a regular person — perhaps he is a king, but when it comes to battling evil and overcoming its blandishments, David struggled with this as well and one can learn from his struggles, and emotions.

Perhaps the greatest aspect of King David is his humanness, his potentiality to sin, but more importantly his ability to regret, reevaluate, fight back, and ultimately teach us about teshuva — true and sincere repentance.

This is why the psalm starts in the negative. It drives home the point that the average person does not start his day in a spiritual vacuum, guided by thoughts of all the good deeds he can commit.  Rather, in “today’s” immoral society, it is a constant struggle to just stand on one’s own two feet.  When one walks in the streets confronted on all sides by ‘counsels of the wicked,’ the battle against evil has already begun.

Let one not be misled into believing that in order to be worthy of praise one must first achieve greatness.  Actually, true happiness can be obtained through constantly combating the evil of one’s own “mundane” surroundings.  How does one combat this evil?

“Rather, the teaching of the Lord is his delight and he studies that teaching day and night” (Psalms 1:2, The Israel Bible p. 1475)

The Biblical Hebrew word for delight, chefetz, connotes a yearning, or a strong desire. David suggests that the formula for combating the motion towards evil is through expressing a constant yearning for God’s law to be a part of one’s everyday life.

We do not respond to the evil that surrounds us by fleeing from the world and assuming a monastic approach.  Instead, we search for an antidote which will enable us to focus even in the bleakest of circumstances.  That antidote, King David avers, is the yearning God’s teaching.  Those who can maintain a quest for observing God’s law and for being in God’s presence, even in the most dire of circumstances, are the ones who are truly fortunate.

Though we struggle to abide by God’s rules daily, and though we are human and occasionally err, the Torah remains our chefetz – our strongest desire and our most treasured possession. Adopting this attitude, treating Bible study as the most important element of the day, can help us in our battle against sinning, return us on the path to God, and ultimately bring happiness into our religious expression.