Saving Those Lost in the Field 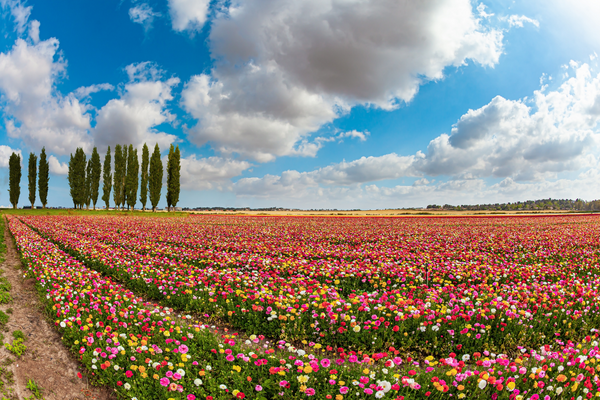 Mendel the barber was hard-pressed for money. One week, he couldn’t stand it any longer. As Shabbat approached and it was near time to close, several non-Jews entered his shop and asked for haircuts. Mendel realized with the money from these men, he would be able to pay off bills he normally could not afford to pay. He gave in to temptation and continued to cut hair while the sun set and the Sabbath began.

He left his shop and walked home, taking a route through back alleyways in the hopes that no one would see him. When he got home, his wife was waiting at a beautifully set table. She assumed he had gone straight to synagogue from work, as he occasionally did. Mendel was consumed by guilt throughout the Sabbath, but he was relieved that his sin had gone unnoticed.

In fact, it hadn’t. Moshe the tailor had a shop across the street from Mendel and was working late. He was locking up five minutes before Shabbat and he saw Mendel snipping away, several customers still waiting in line. When he saw that Mendel was not at the evening prayers welcoming in the Sabbath, Moshe immediately went to the rabbi, the Belzer rebbe, and told him of Mendel’s transgression.

After Shabbat, a messenger from the rebbe arrived at Mendel’s house, requesting that he come immediately to speak to the rebbe. When Mendel arrived, he saw that the Belzer rebbe had been crying and understood his sin had been discovered. Facing the rebbe, Mendel confessed.

“Mendel, I am fining you one case of candles for the synagogue,” the rebbe said. Mendel was distraught and promised the rebbe that he would never break Shabbat again. As Mendel turned to leave, Moshe walked in. The rebbe then turned to Moshe:

“Moshe, I am fining you two cases of candles for the synagogue,” the rebbe said.

“If you were really concerned that Mendel was desecrating Shabbat, you would have asked him why he was doing such a thing,” the rebbe explained. “You would have discovered that he was in a very difficult financial situation, which called for desperate measures.”

The two men were about to leave the rebbe’s office when he stopped them.

“And I am fining myself five cases of candles for the synagogue,” the rebbe said. “How could I not know that Mendel was in such dire circumstances?”

With this, the rebbe broke down crying.

The Torah teaches one lesson over and over. Serving God is not a solitary endeavor. Nowhere is this more clear than regarding the command of eglah arufah (the axed heifer); the calf that is killed in a ritual outside of town after someone has been murdered by an unknown perpetrator (Deuteronomy 21:1-9, The Israel Bible 489-490).

What is the meaning of this ritual and how is it still relevant today?

After a body is discovered in the fields, the elders try to determine which community is closest and bears responsibility for the death of the deceased. The nearest town must acquire a heifer from communal funds and, after the heifer is killed, the elders declare that they are innocent of spilling his blood on behalf of the entire town.

Implicit in the ceremony of the heifer is that the members of the town somehow share a responsibility for the death. Through the sin of negligence, they bear enough guilt to require a sacrifice. Perhaps they did not offer him shelter. Perhaps they should have been more vigilant about posting guards. Perhaps they saw him leaving and did not offer to accompany him when they knew the trail was dangerous. Perhaps he had been among them, in dire circumstances, and no one had noticed.

The Torah tells us “כי ימצא… נופל בשדה” – when you find someone lying in an open field (verse 1). The Lubavitcher Rebbe explained that this is not only referring to a situation where you find a dead body.  It is also discussing a situation in which you find a living person who has had a spiritual falling.

The Torah specifies that this fallen person is found in a field, hinting at Esau who is described as a man of the field. We understand that a field is an empty place; a place that is barren of holiness.

Too often, people can be zealous in their pursuit of personal holiness, forgetting that serving God is not a solitary endeavor. They are so entrenched in their own religious agenda that they don’t see the people around them. They don’t see their neighbor falling into emptiness and despair. Or, if they do notice him, they might tell themselves that it is not their place to interfere. When you encounter such a person in your life, you might think that it’s not your job to get involved.

If Mendel was so stressed for money that he needed to work on Shabbat, everyone should have been aware of that and been there to help him.

Every single one of us is obligated to be deeply involved with our neighbors. We are required to sustain all those in our vicinity who are in the “fields”, in places that are not infused with holiness and spirituality.  It is our job to help them, to inspire them, and to draw them closer to the community and to God!