Reading Song of Songs on Passover 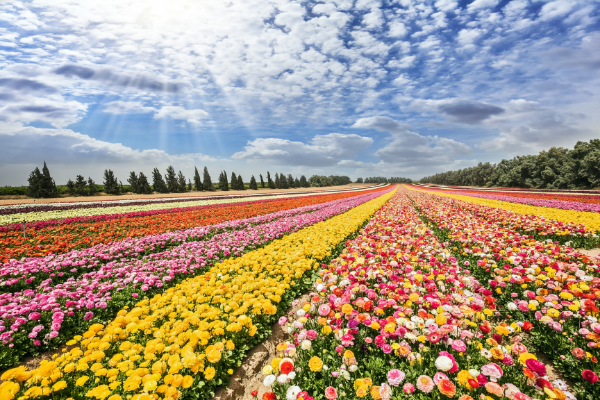 The blossoms have appeared in the land, The time of pruning has come; The song of the turtledove Is heard in our land.

There is a custom to read Shir HaShirim (Song of Songs) on the Sabbath during Passover to emphasize the love between the Jewish People and God which was epitomized on Passover. At face value, there seems to be little connection between the Song of Songs, a love song written by King Solomon, and the Exodus. However, Song of Songs is essentially an allegory for the relationship between God and Israel in terms of the love of a man for a woman. This “romance” began to bloom and flower when He descended to take His bride out of Egypt on Passover. There is a passing reference to this in Song of Songs:

I have likened you, my darling, To a mare in Pharaoh’s chariots: Song of Songs 1:9

Shir HaShirim also alludes to the passing of winter, an important aspect of Passover which is the holiday of spring:

For now the winter is past, The rains are over and gone. The blossoms have appeared in the land, The time of pruning has come; The song of the turtledove Is heard in our land Song of Songs 2:11-12

The mystery is partly answered by the Machzor Vitry, an 11th-century prayer book that incorporates legal rulings, composed by Rabbi Simcha of Vitry, a French disciple of Rashi. Rabbi Vitry explains that the entirety of Shir HaShirim alludes to the four stages of redemption.

Another commentary (Daat Mikra) suggests that Shir Hashirim is consistent with the Passover theme of songs, i.e. those sung at the Seder and the Song at the Sea.

The entire Song of Songs is read in synagogues during the intermediate days of Passover. It is often read from a scroll similar to a Torah scroll in style. It is also read in its entirety by some at the end of the Passover Seder and is usually printed in most Haggadahs. Some Jews have the custom to recite the entire book prior to the onset of Shabbat.

Shir HaShirim is one of the five Megillot, or Sacred Scrolls, that were included in the canon of the Hebrew Bible.