Moab: A Nation Worse than Amalek? 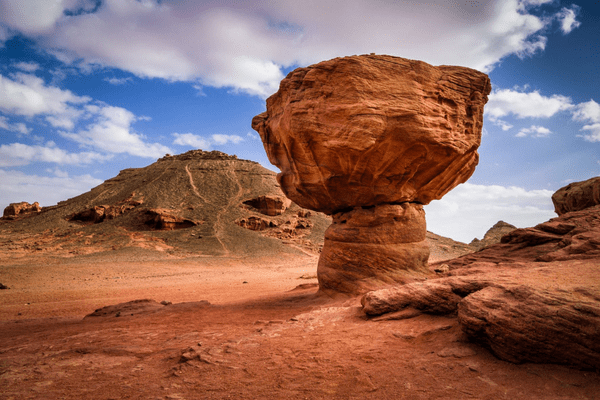 When I went away to college and began dating seriously, with every girl I met I heard that voice in the back of my mind that had been put there since my bar mitzvah; make sure she’s Jewish. It seriously limited my options but greatly increased my chances of meeting someone I clicked with. I recently discussed this with my nephew and was shocked to learn that this axiom is now off-limits for young Jews.

“True,” I said. “But a successful marriage is based on common values. Especially the big values.”

“But there’s no romance in that,” he answered. “Love shouldn’t be based on what religion you are. I have a lot of life values and Judaism isn’t even in the top ten.”

I walked away from that conversation aching inside. Shortly afterwards I began to study the weekly parsha and realized that it spoke directly to the conversation I had just had.

Deuteronomy (23:4-5) forbids marrying an Ammonite or Moabite. Even when the Torah prohibits Jews from marrying other nations, those restrictions are usually limited. For example, if an Egyptian converts to Judaism, his descendants can begin to marry in after three generations. And even Amalekites are accepted into the Jewish nation if they accept the Jewish God and convert. However, not a Moabite. Not even after many generations! Why?

Moab had less than auspicious origins, descending from the incestuous union of Lot and his daughter. Even worse, the Moabites acted with promiscuity and seduced the Israelite men in the desert (Numbers 25:1) for the purpose of luring them into idolatry. Furthermore, the nation of Moab exhibited a lack of hospitality and kindness towards the Jewish people in the desert when they failed to greet them with bread and water on the Israelites’ journey out of Egypt (Deuteronomy 23:5).

But are these reasons enough to ban them forever?

Lot’s descendants became the spiritual heirs of Sodom. They acted with promiscuity and lacked Abraham’s attribute of kindness. When the Torah forbade the Israelites from marrying Moabites, it was rejecting the possibility that the spiritual descendants of Sodom could merge with Israel. The flaw of Moab was a flaw in character, one that was ingrained in their national DNA, and one that is completely incompatible with the Jewish people and the Land of Israel.

This is the difference between Moab and Amalek. Amalek’s shortcomings were in the realm of outlook and belief. Though their belief system contradicted Torah and they sought to destroy the Jewish people, beliefs can be changed and an Amalekite who proves that he has rejected his previous beliefs and embraces Jewish values is welcomed. The problem with Moab, on the other hand, is one of character. Their negative character traits were ingrained within the makeup of the nation. This is much harder to uproot, and the Torah forbids allowing such traits to infiltrate into the fabric of the Jewish people.

Nowhere is the contrast between Abraham and Moab so graphically illustrated as in the story of Ruth. Moab, a land of lush agriculture, attracted Elimelech who was fleeing famine in Israel and, according to the sages, evading his responsibility of supporting the poor. It was therefore fitting that since was fleeing out of selfishness, he chose to run to Moab where he would fit in. After he and his sons died, Naomi fled. As a widow, she was unable to sustain herself in a nation where charity to the stranger was a sin, just as it had been in Sodom in the days of Lot.

While Moab bred selfishness and miserliness, in the Land of Israel, the land given by God to Abraham and his descendants, the notion of charity is built into the very fabric of the land. For example, some of the agricultural produce of the land must be left in the fields for the poor. Furthermore, the land itself cannot tolerate immorality (Leviticus 18:28). The prophets remind us time and again that corrupt behavior causes the Jewish people to be exiled from their land.

The Land of Israel is an integral part the Jewish nation. In the exile, intermarriage, even with Moab, feels like an option. But to return from exile and remain in the land of Israel, Jews must remain true to their land, their identity, and their values. This requires distancing themselves from mingling with nations that are entirely incompatible with them and their land.

Israel was the land chosen as an inheritance for the descendants of Abraham, the paradigm of kindness. Only in the Land of Israel can the Jewish people reach their full potential, taking their place as the undiluted guiding light of truth and kindness.