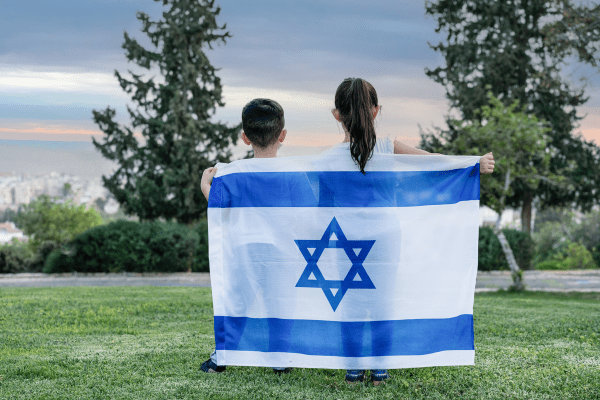 Do not lend him your money at advance interest, or give him your food at accrued interest.

Leviticus instructs the Children of Israel regarding how to deal with money matters, and one of the clearest and unequivocal prohibitions is usury:

If your kinsman, being in straits, comes under your authority, and you hold him as though a resident alien, let him live by your side: do not exact from him advance or accrued interest, but fear your God. Let him live by your side as your kinsman. Do not lend him your money at advance interest, or give him your food at accrued interest. Leviticus 25: 35-37

The verse that follows in the Torah seems to imply that it is for the sake of this commandment that God brought the Jews out of Egypt:

I Hashem am your God, who brought you out of the land of Egypt, to give you the land of Canaan, to be your God. Leviticus 25:38

The prophet Ezekiel identifies usury as one of the gravest sins, equating it with shedding blood and idolatry (Ezekiel 18:10-13). Proverbs (28:8) states that one who amasses wealth through charging interest “amasses it for one who is generous to the poor”. A person who takes interest is considered evil. The Israel Bible explains:

Despite sayings to the contrary, sometimes it seems that the wicked do prosper. After all, if crime didn’t pay, nobody would bother to try. This concerned even the greatest of biblical personalities, such as Yirmiyahu, who asks, “Wherefore does the way of the wicked prosper?” (Jeremiah 12:1). However, King Shlomo reassures us, one who becomes rich through dishonest means merely accumulates the wealth for the benefit of the righteous, as Hashem will ensure it arrives in their possession in the end.

Conversely, the person who refrains from charging interest is described simply and unequivocally as “righteous”.

Who has never lent money at interest, or accepted a bribe against the innocent. The man who acts thus shall never be shaken. Psalms 15:5

The Hebrew term translated as ‘advance interest’ is neshech (נֶשֶׁךְ), which literally means ‘biting’. The sages teach that loaning with interest bites like a snake, which grabs a small edge with its teeth but inevitably swallows its prey whole.

Since the verses regarding interest use the term “kinsman,” the sages understood the prohibition to be limited to loans between Jews. A Jew can borrow from a non-Jew with interest or lend to a non-Jew with interest. Some commentators suggest that the reason for this ‘loophole’ is that Judaism is not simply a religion. We are the Children of Israel, a family, and it is not appropriate for family members to charge each other interest. This is especially true when it comes to taking advantage of your brother’s misfortune in order to make a profit.

The prohibition against interest applies not only to money, but to lending and borrowing items as well. Therefore, to borrow a few eggs from your neighbor and then pay her back with a full dozen would be problematic. This is explicit in the verse:

Do not lend him your money at advance interest, or give him your food at accrued interest. Leviticus 25:37

Another example of non-monetary interest is if before the loan is repaid, the borrower performs a favor for the lender he would otherwise not have done.

Some economists may disagree with the Torah’s view of this prohibition, arguing that interest and inflation drive a healthy economy. It could also be argued that without charging interest, banks and individuals would not be motivated to lend, thereby closing off a solution for smaller businessmen who wish to expand. Some argue that the Torah could have (or even should have) instituted guidelines and limits on how to charge interest rather than mandate a blanket prohibition, forbidding interest altogether. Be that as it may, charging interest is expressly forbidden in Jewish law.