How the Land of Israel is like a gazelle 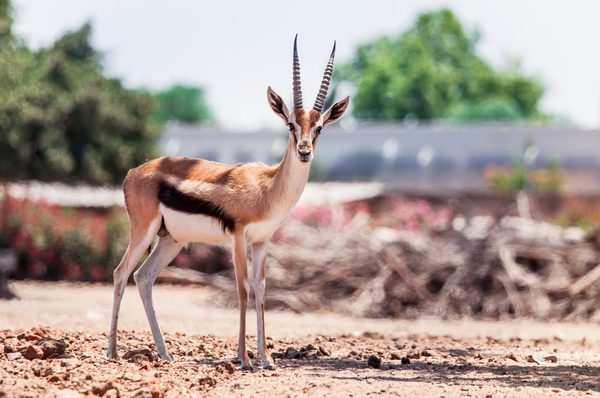 “Hurry, my beloved, Swift as a gazelle or a young stag, To the hills of spices!”

The gazelle lives in mountain desert and semi-desert climates. The desert gazelle, today an endangered species found almost exclusively in the Land of Israel, spends most of its time on tops of mountains and can run as fast as 50 miles per hour. In this verse from Song of Songs, the woman (a metaphor for the Jewish people) calls out to her beloved (God), asking Him to move as swiftly as a gazelle. Earlier, she also compares Him to a gazelle when she says “my beloved is like a gazelle” (Song of Songs 2:9) who leaps over mountains and bounds over hills.

Perhaps a deeper message can be applied to Israel’s inhabitants as well. In his book Eretz Hatzvi, Rabbi Zvi Teichman suggests that just as the land stretches to include its inhabitants, the inhabitants must also “stretch themselves” to appreciate the holiness and unique qualities of the “land of the gazelle.”