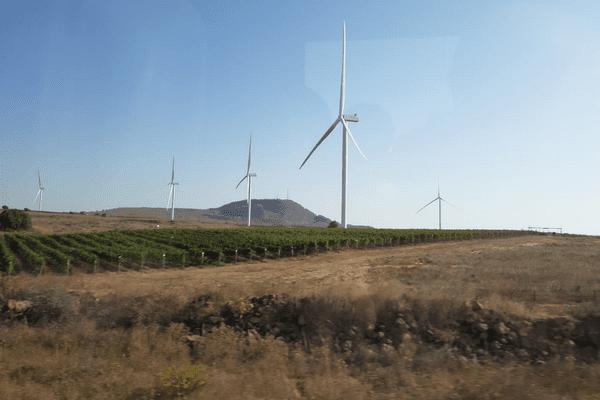 When Hashem began to create heaven and earth—

An old friend of mine used to learn at Mercaz HaRav Yeshiva (school for Torah study) in Jerusalem. While learning there, he used to visit Rabbi Zvi Yehuda Kook, a leader in the Religious Zionist movement, who was very old at the time. On one visit my friend asked the rabbi how to teach his children the creation story in Genesis. Rabbi Kook answered, “You begin with ‘Go forth from your native land and from your father’s house to the land that I will show you.’(Gen 12:1).”

Afraid the rabbi had not heard correctly, or was perhaps confused, he repeated the question.

“Yes,” Rabbi Kook said. “Begin with, ‘Go forth from your native land.’ The creation story is far too deep and complex to be taught to children.”

Every person in the entire world is familiar with the Biblical story of creation, at least to some degree. Who does not know that the world was created in six days with God resting on the seventh? Yet it is probably the least understood story in the entire Bible. It is also the part of the Bible that is most refuted by non-believers. Without really understanding the creation story, it is often cast aside as “unscientific.”

It is this ignorance of the origins of the world and humanity that has led to the current political conflict in the Middle East.

I was in the highest level class in yeshiva but I always felt that there were gaps in my learning. So I chose a desk next to the beginners class taught by Rabbi Natan Seigel, of blessed memory. A man of tiny stature but an expansive spirit, Rabbi Seigel had an enormous influence on my journey to Torah. With a gentle hand and a ready wit, he introduced a ragtag group of young men to the Orthodox world that seemed so intimidating. How do you take a young man, fresh from an American university or from a hippie commune, and show him that there is a deeper truth that none of his professors knew existed? I listened from the side as Rabbi Seigel did just that every day.

One day, he gave his class an assignment: memorize the first comment of Rashi (commentary written by a medieval scholar named Rabbi Shlomo Yitzchaki) in the Torah. I was perplexed. Rashi is the most basic Torah commentary, and though it is helpful in understanding the text, it is written in terse language, with short entries that are seemingly not particularly deep or philosophical. I learned Rashi all the time and had probably read through hundreds of the short commentaries. I didn’t understand why Rabbi Seigel felt that this particular Rashi was a necessary element of a Jew’s education, and a required tool in his spiritual toolbox. So I opened my Bible with Rashi’s commentary and completed Rabbi Seigel’s assignment, learning Rashi’s commentary on the first word of the Bible.

“Rabbi Yitzchak said, the Torah did not need to begin here but should have started with ‘This month will be to you…’ (Exodus 12:2), which is the first mitzvah that Israel was commanded.”

Rashi was suggesting that there was no need for the Torah to start with the story of creation. After all, he theorized, the Torah is a book of laws. Therefore, it should have started with the first law commanded to the Jewish people. Rashi was referring to the commandment to sanctify the new moon that was given to the Jews as they left Egypt. This commandment established Nisan as the first month in the Hebrew calendar.

“So why did the Torah begin with ‘In the beginning (i.e. creation)?” Rashi asked. “Because of the verse:

He revealed to His people His powerful works, in giving them the heritage of nations. Psalms 111:6

“If the nations of the world say to the Jews, ‘You are thieves, that you conquered the land of the seven nations,’ the Jews can answer, ‘The entire world belongs to God, He created it and gave it to whoever He saw fit. It was His will to give the Land of Israel to them, and it was His will to take it away from them and give it to us’.”

In other words, Rashi is saying that the whole purpose of including the creation story in the Torah is in order to be able to refute claims by other nations of the world that the Jewish people do not have a right to the land of Israel, and that they stole it from others!

As I look back on my memories of these two great teachers, Rabbi Kook and Rabbi Seigel, I realize that there is a unifying underlying theme in their teachings. Rabbi Seigel was trying to instill in his young students that the main point of creation was for them to serve God as Jews in the land that He gave them. Similarly, by telling my friend to teach creation by starting with God’s command to Abraham to journey to the Promised Land, I think that Rabbi Kook was implying a similar message: the main point of the story of creation was given in God’s first command to Abraham, go to Israel.

The Bible is not a book of laws. Rather, it is entirely a book describing the relationship between God and the Jews. This relationship is manifest in the Land of Israel. Even the stories in the Bible preceding Abraham’s encounter with God contain subtle messages regarding the Jewish people’s connection to the land. Those who understand will grasp and internalize these messages, while those who are ignorant or non-believing are missing the whole point of creation.