How Many Plagues Were There? 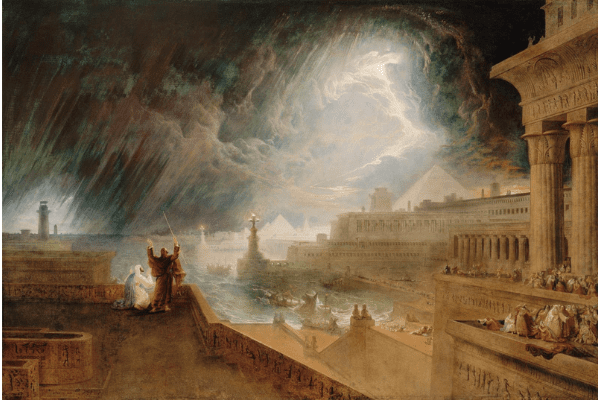 But I will harden Pharaoh's heart, that I may multiply My signs and marvels in the land of Egypt.

Every schoolchild knows that Egypt was struck by ten plagues before the Hebrews were set free. But a different count is given in Psalms and several different options for enumerating the plagues are given during the Seder on Passover. 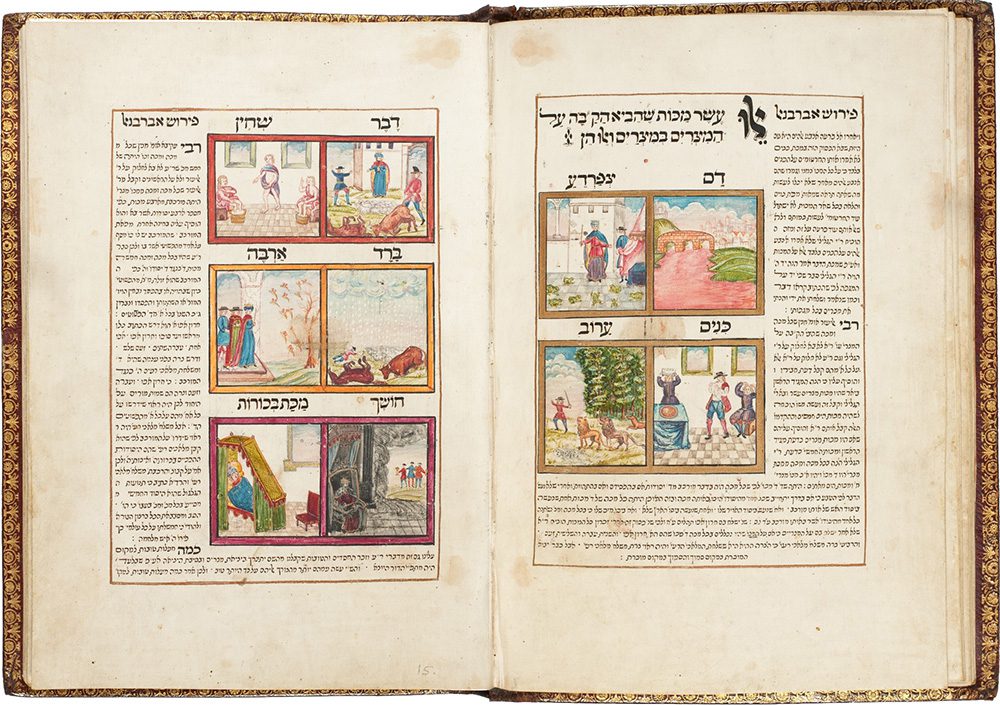 The Ten Plagues from the Braginsky Leipnik Haggadah with Abarbanel’s commentary, 1739

It is, in fact, necessary to count the plagues as nowhere in the Torah does it say explicitly that Egypt was struck with ten plagues. In fact, Chapter 78 of Psalms (verses 42-52) retells the plagues, arriving at a total of seven:

This list appears to be missing three plagues – lice, boils, and darkness.

Again, Psalms lists seven plagues rather than ten. This chapter in Psalms combines wild swarms (arov) and lice into one plague though in the Torah they clearly seem to be two separate plagues. Perhaps this chapter in Psalms is implying that the swarms were, in fact, lice as the Torah text is not precisely clear on the identity of the swarms. The view that describes them as wild animals is a possibility, but it is far from proven. The two plagues may have been closely related and they are consecutive.

In the Haggadah (the guidebook for the Seder), immediately after recounting the ten plagues, three rabbis debate the extent of the plagues. Rabbi Yossi Hagelili proves that there were actually 60 plagues—10 in Egypt and 50 at the splitting of the sea. He says that in Egypt, it said regarding the plagues, “this is the finger of God,” and at the sea it says “the hand.” Now, if a finger produces 10 plagues, then a hand can make 50, creating a total of 60. 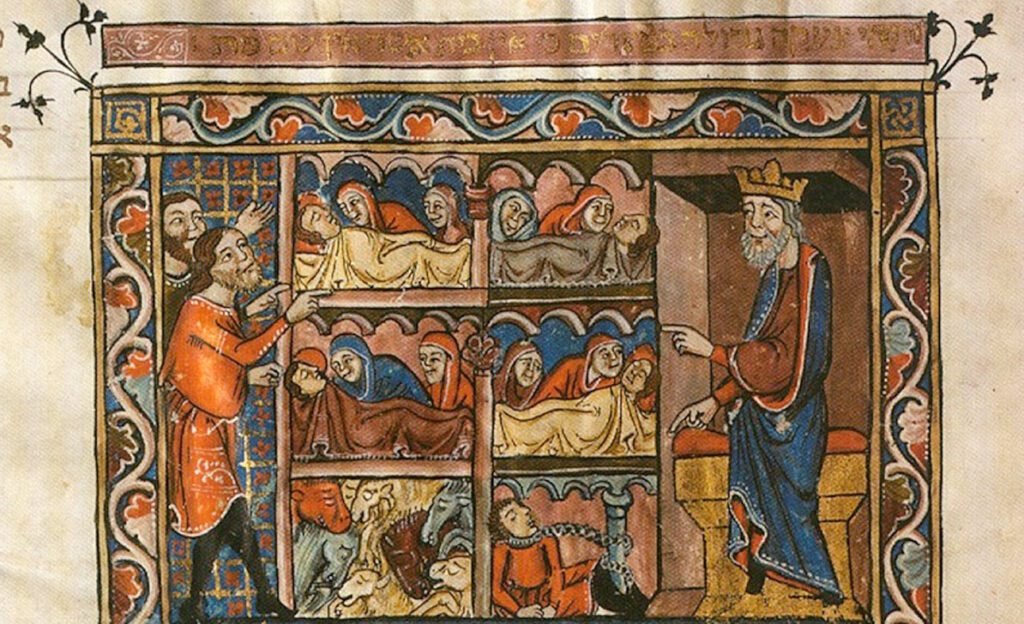 The Death of the First Born from the Rylands Haggadah, circa 1330

Rabbi Eliezer demonstrates that every plague really consisted of four plagues, each representing a different aspect of God’s anger, based on the verse in Psalms 78:49:

‘He sent upon them the fierceness of His anger, wrath, and fury, and trouble, a sending of messengers of evil.

This brought the total of plagues to 240 (60 plagues of Rabbi Yossi Hagelili multiplied by four, totaling 240; forty plagues in Egypt and 200 plagues at the Sea).

Rabbi Akiva also learns the number of plagues from the verse in Psalms 78:49, but counts “fierceness of His anger” as a separate aspect of God’s anger and not as a heading. Thus, according to Rabbi Akiva, the verse multiplies each plague by five, bringing the total to 300 (60×5=300).

In the Haggadah, Rabbi Judah gives the ten plagues a siman, a mnemonic: D’zakh Adash B’ahav. The total plagues as figured by Rabbi Yossi Haglili (50), Rabbi Eliezer (200), and Rabbi Akiva (250) add up to 500. Rabbi Isaiah de Trani (Italy, 1200-1260) explained that the gematria (Hebrew numerology) of the mnemonic adds up to 501; 500 for the number of plagues and one for the finger of God.