How Do YOU Deal With Disappointment? 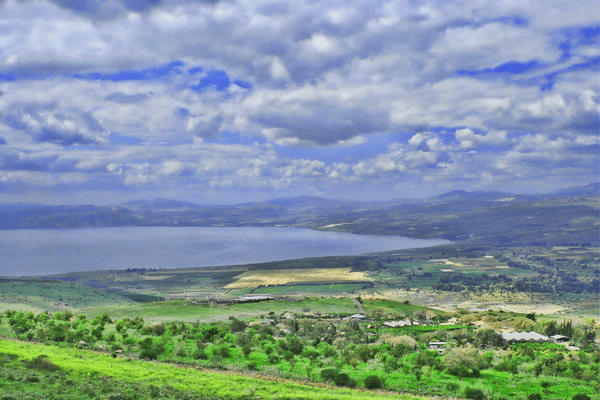 Let me, I pray, cross over and see the good land on the other side of the Yarden, that good hill country, and the Lebanon.”

I really wanted that promotion. I worked years for it and everyone thought I deserved it. So I was excited when construction was finished on the new building and the boss called me into his office for a talk.

I sat across from him, smiling, expecting good news.

“I am sorry, but you are not getting the promotion. You won’t be running the new operation. Not only that, but we are letting you go.”

He hesitated. “Do you remember that time the printer broke down?”

I nodded numbly. “I kicked it and got it working.”

He nodded. “That’s not the kind of leader we need in the new operation.”

I considered my options. Should I yell, slam the door as I marched out of the office? Could I bring a lawsuit? I stood up and reached across the desk, shaking hands with my boss of 40 years.

When God first approached Moses to task him with leading the Jews out of Egypt, Moses demurred. But for more than forty years, Moses was the most faithful of shepherds, leading a nation that was frequently rebellious through the desert. It seems unfair that at the final stage, Moses would be denied the sweet privilege of leading the Jews into Israel. The decision to deny him entry into the Promised Land seems like an overly harsh punishment for striking the rock instead of speaking to it. Believing in God means believing that He is a true judge.

Moses certainly earned the right to enter the land of Israel.  He must have certainly felt disappointed. We would have understood if he had gotten frustrated or even angry. But that is not how Moses responded.

FIND OUT HOW A TRUE LEADER DEALS WITH DISAPPOINTMENT

Moses pleaded with God to be allowed to enter Israel because nowhere else is God’s greatness more evident (Deut. 3:23-24). In stark contrast to the spies who, forty years earlier, spoke ill of the Promised Land thereby barring the entire generation from entering, Moses described the goodness of the land in glowing terms.

However, when God denied his request Moses did not yell and storm away, nor did he throw in the towel and quit on the spot. Despite feeling disappointed, Moses continued in the role as the archetypal leader even in his final moments. He delivered a series of speeches detailing the economic, military and religious challenges the nation of Israel would face when they would enter the Promised Land.

After so many years leading the nations, guiding them through the transformation from tribes to nation, acting as the emissary to bring them the precious Torah, leading them through the desert, how could he do otherwise? Moses was their faithful shepherd. He had felt their pain, celebrated their joy, and empathized with them every step of the way.

Even before he was entrusted with the nation’s fate by God, Moses put their fate before his own. This was evident when he killed the Egyptian taskmaster, sealing his own fate by taking action for the people. Everything Moshe did was for the good of the nation, even when he was preparing to leave them.

And like a true leader, Moses had no qualms about speaking harshly and saying things no one wanted to hear. He was not concerned about his own popularity. He warned the people that, under certain conditions, they might be expelled from the land. He did so because it was the truth that they needed to hear. And this was, in fact, what eventually happened.

But these harsh words were not spoken in anger or frustration at not being permitted to enter the land. They were words of rebuke spoken in total love and devotion to his flock. This is why contained within these words of warning is a message of hope, the guide to salvation.

when you are in distress because all these things have befallen you and, in the end, return to Hashem your God and obey Him. Deut. 4:30

In the Torah portion of Va’Etchanan, Moses teaches us the right way to respond when things don’t go the way we expect or want them to. As Rabbi David Stav writes:

Moses teaches us how a leader whose desires go unfulfilled ought to behave. Any leader whose prime concern is his nation understands that his personal needs and desires are secondary. He must ask himself what his nation truly needs, and he must remember that his nation’s successes outweigh his leadership position.