Dispel Darkness with Light and Love 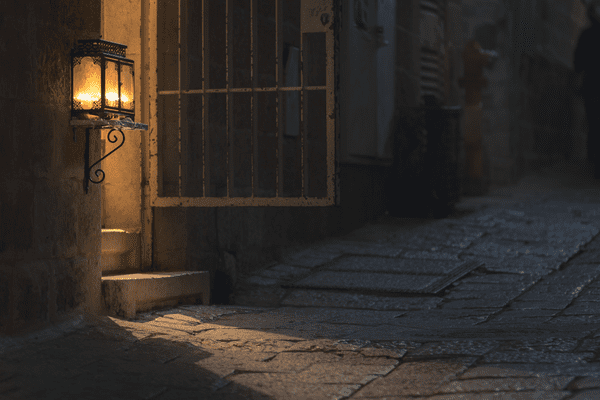 He greeted them, and he said, “How is your aged father of whom you spoke? Is he still in good health?”

Many scholars place Joseph’s descent to Egypt at around 1500 BCE. The Maccabees dedicated the Temple in year 165 BCE. These two events were separated by more than one thousand years and seem entirely disconnected, but the Torah portion that tells the story of Joseph interpreting Pharaoh’s dream is always read on Hanukkah. At first glance this appears to be a coincidence caused by the calendar. But a closer look shows that the two stories are integrally connected.

The story of Joseph spans several sections of the Torah. This week’s section, Mikeitz (Genesis 41:1-44:17), is in the very middle of the saga. The darkest aspect of the story is the separation of Jacob from his beloved Joseph. At the beginning of last week’s Torah portion they are together, and in next week’s portion they are reunited, but this week they are apart from start to finish. In this regard, this week’s portion describes the saga when it is in “the heart of darkness.” There is no contact between the father and son. Jacob believes Joseph to be dead and after so many years, Joseph has no reason to believe his aged father is still alive. The situation seems hopeless.

But is this really so? Were Joseph and Jacob really without hope of being reunited?

After Jacob is presented with the bloody coat as proof that Joseph was dead, the Torah says that “he refused to be comforted” (Gen. 37:35), saying, “No, I will go down mourning to my son in Sheol.”

This hints that Jacob was not entirely convinced that his son had been killed. A mourner allows himself to be comforted and, at some point, finishes mourning. A person who still holds a bit of hope that their loved one is not really dead, however, will not be comforted. In fact, the medieval commentator Rashi tells us that Jacob cried for Joseph for 22 years – from the moment he was lost until the moment they were reunited in Egypt!

This undying hope was mirrored by Joseph. As he revealed his true identity to his brothers, he asked them, “Does my father still live?” (Gen. 45:3). At the time, Jacob was 130 years old.

Rabbi Elie Mischel of Israel365 commented that Joseph was asking two questions. The first was the simple question of whether his aged father was still alive. The second question was, “Is my father still alive TO ME?  After all these years, has my father given up all hope that I will ever return?  Or is he still hoping, still waiting, for me?”

“The love, the yearning, of father for son, and son for father, the hope they both felt, even after so many years of pain and separation – illuminates our Parsha (Torah portion) like a shooting star lighting up the dark of night,” Rabbi Mischel wrote.

Similarly, Hanukkah is a story of light and darkness. Coming at the darkest time of the year, Hanukkah tells how the purest light, the light of the Temple Menorah, was made impure. The Rabbis describe the Greeks as “darkening the eyes of Israel”. Just as the lives of Jacob and Joseph were made dark by separation, so too were the lives of the Jews made dark by their separation from the Temple and God’s holy presence. Many Jews succumbed to this darkness, choosing to live secular Hellenized lives separated from God.

The lighting of candles in commemoration of the miracle of the oil hints to this yearning to be reunited. Rabbi Leibele Eiger of Lublim (1817-1888) taught that when we light candles by our windows, it alludes to the way Jacob waited by the window for Joseph, waiting for him to come home. Jacob, like so many parents, “left the light on” for Joseph – he never gave up hope that Joseph would return.  And so too, our Father waits for us next to the Menorah (candelabra).

The story of Joseph and the story of Hanukkah both bear the message of the flame of love that could never be extinguished. The love between Jacob and Joseph never dimmed despite 22 years of separation, and the love  between God and Israel is eternal. The covenant between them can never revoked or rewritten. Through 2,000 years of exile and horrible persecution, the Jews have remained faithful. God, too, never gave up on His people, and in His unwavering love He brought us back to Israel.

The sages teach us that one of the messages of Hanukkah is that a little light dispels great darkness. So too, a tiny spark of love can remain hidden in the heart, ready to burst into flame, and dispel the darkness of distance and separation.